Articles
Summer Hull , aka Mommy Points, ran the Mommy Points site for families who want to travel more for less using miles and points for seven years. She now heads up a variety of special projects at TPG when she isn't exploring the world with her own two girls.
Follow
June 16, 2019
•
7 min read 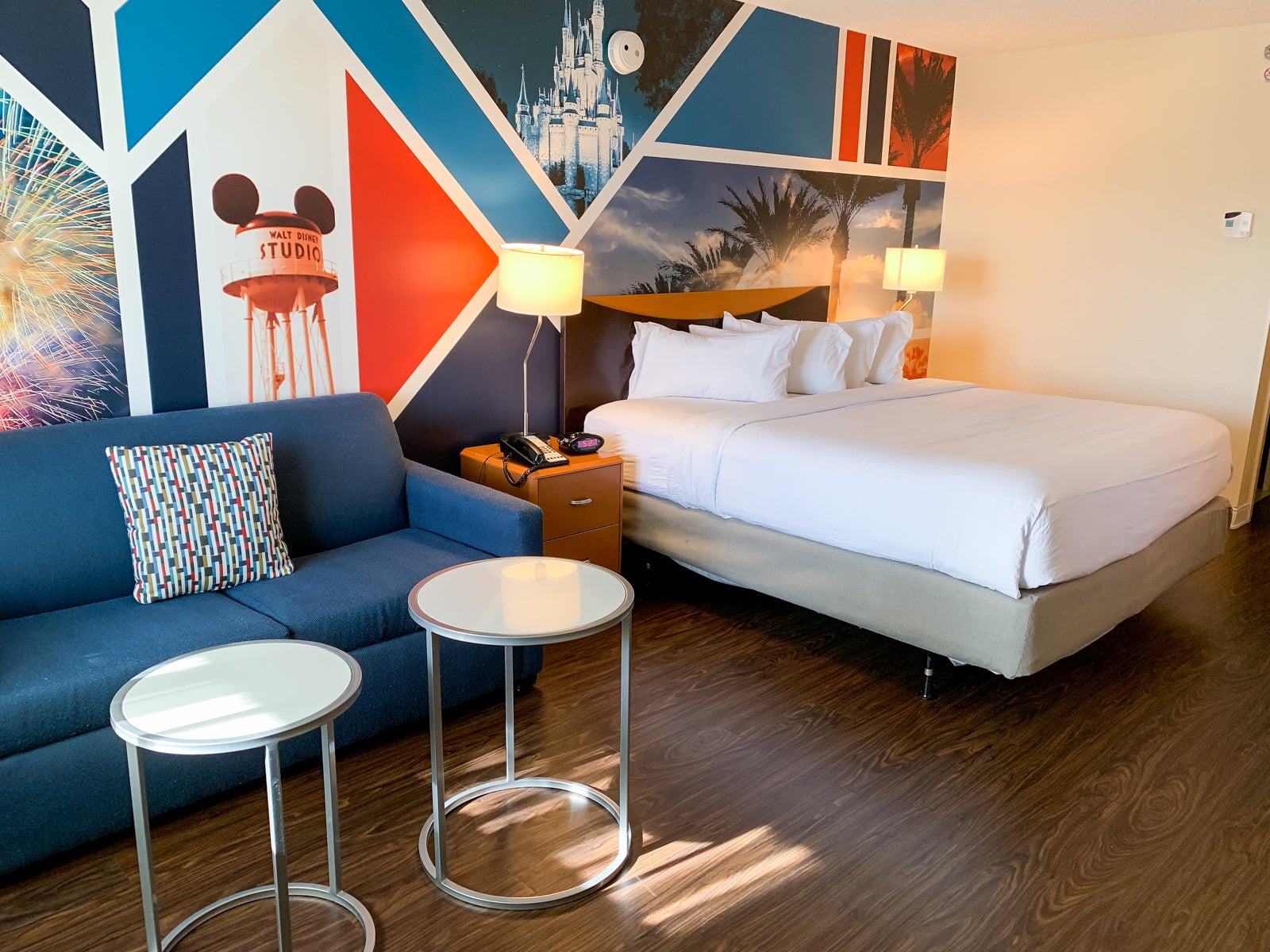 Want to be just a seven-minute walk from Disneyland? Have affordable food options literally in your parking lot and spend just 35,000 Marriott points per night (or potentially less than $150) instead of $500 or more at a Disneyland hotel?

Me too. That's why on a recent trip for the opening of Star Wars: Galaxy's Edge at Disneyland in California, I spent the first night of my trip at the Fairfield Inn by Marriott Anaheim Resort by shelling out just 25% of what I would have at the Disneyland hotels.

I booked my night at the Fairfield Anaheim using cash directly with Marriott, because the paid rate was about $150 per night all in and the alternative would have been spending 35,000 Marriott points, which I valued more than that cents-per-point rate. Another good option when cash rates are on the higher side would be to use an up to 35,000-point Marriott award provided annually with both the Marriott Bonvoy Boundless Credit Card or the Marriott Bonvoy Business® American Express® Card.

When weighing $500 or more for a Disneyland hotel room versus an award night provided each year with a credit card, the winner is probably pretty clear for most trips.

The Fairfield Inn Anaheim Resort is a hotel you stay at because of its proximity to Disneyland in Anaheim, California. It's right on South Harbor Boulevard, so you can walk through the parking lot and along a sidewalk right up to the crosswalk to Disneyland. In the process, you'll pass a Panera and a McDonald's in case your crew wants some more-affordable-than-Disney quick bites.

When it comes to choosing a hotel near Disneyland, you can't get much closer unless you're staying at one of the three official Disneyland hotels, where you'd probably pay three or four times the cash rates of the Fairfield.

After looking at the photos on the hotel's website, I paid a few extra dollars to secure the premium rooms with the Disney theming. You can't book these rooms directly with points, though it seems that Marriott elites may get upgraded to these rooms when available. The other noticeable difference between premium rooms and the standard rooms is the wallpaper. (Yes, I paid extra for different wallpaper. I know, I'm a little ashamed, too.)

This premium king room had a blue sofa, some small tables, a king bed, work desk and an oversized smart TV that could stream shows from your Netflix account.

The rooms at the Fairfield Inn all had direct access to the outdoors, which I normally don't love, but it was almost charming in Anaheim. Other than that, the room was perfect for a short stay near Disneyland.

The bed was very comfortable (or I was just really tired), the shower did the job and there were power outlets right next next to the bed. Basically, everything I needed to recharge for another fun day in Anaheim was right at my fingertips.

It was clear that the room was refreshed in recent years and a little colorful wallpaper really goes a long way in making the hotel feel a little special. While a Fairfield is never going to be luxurious, I've stayed at moderate resort hotels at Disney World in Florida that didn't feel as fresh as the Fairfield Inn Anaheim.

At this hotel were a pretty basic rectangular pool and small whirlpool in what was essentially the hotel's parking lot. If you want a more extensive hotel complex with a small waterpark, a larger pool and slides, then stay next door at the Courtyard by Marriott Anaheim Theme Park Entrance. However, expect to pay more in cash or points in exchange for that swanky pool setup.

Back at the Fairfield, I could head to the third floor for a Pizza Hut Express, Seattle's Best Coffee or arcade room. But I could also have the nearby Panera deliver to my room.

Since this hotel is a Disneyland Good Neighbor Hotel, it had a small gift shop with Disney items and the ability to buy theme-park tickets within the hotel. You could also rent strollers and scooters to use at the parks from within the hotel.

One thing you won't find at the Fairfield Inn Anaheim Resort is free breakfast. It doesn't matter if you have Marriott Platinum elite status. Platinum elites get 500 bonus points, 10% off at the Pizza Hut Express and late or early check-in and checkout, but that's about it. I did my eating at some of the best restaurants at Disneyland and within Star Wars: Galaxy's Edge, so can't speak to the hotel's food options firsthand.

I went into my stay at the Fairfield Inn Anaheim without many expectations but left pleasantly surprised. The stay wasn't over-the-top amazing by any stretch, but the rooms were cute, and it offered fair value for the price charged. Unlike at Disney World, where staying off the property means truly sacrificing convenience and valuable perks, you can still be just a short stroll from the parks at Disneyland when you conserve cash and stay at a hotel like the Fairfield. Thanks to the way that Disneyland manages their version of FastPass, staying off-property doesn't hurt you with ride wait times, either.

If this is your once-in-a-lifetime big family trip to Disneyland, I'd recommend the Disneyland Hotel or Disney's Grand Californian Hotel and Spa (if your budget permits), but for a short weekend at the parks, the Fairfield should do just fine.

Featured image by Fairfield Anaheim Disneyland. (Photo by Summer Hull / The Points Guy)
Editorial disclaimer: Opinions expressed here are the author’s alone, not those of any bank, credit card issuer, airline or hotel chain, and have not been reviewed, approved or otherwise endorsed by any of these entities.

Best for Marriott perks at a reasonable cost

The Marriott Bonvoy Boundless carries a $95 annual fee but offers plenty of ways to get more value from it year after year. You'll get automatic Silver elite status, which awards 10% bonus points on stays, and enjoy a pathway to Gold status (with 15 elite night credits each year) to lock in some even better benefits. Cardholders also receive an annual free night certificate (worth up to 35,000 points) each cardmember anniversary. Those who are able to maximize this certificate can lock in a room with a rate that far exceeds the $95 annual fee.

The Marriott Bonvoy Boundless carries a $95 annual fee but offers plenty of ways to get more value from it year after year. You'll get automatic Silver elite status, which awards 10% bonus points on stays, and enjoy a pathway to Gold status (with 15 elite night credits each year) to lock in some even better benefits. Cardholders also receive an annual free night certificate (worth up to 35,000 points) each cardmember anniversary. Those who are able to maximize this certificate can lock in a room with a rate that far exceeds the $95 annual fee.