The 'AC' Is for 'Adequate Comfort': A Review of the AC Hotel New York Times Square 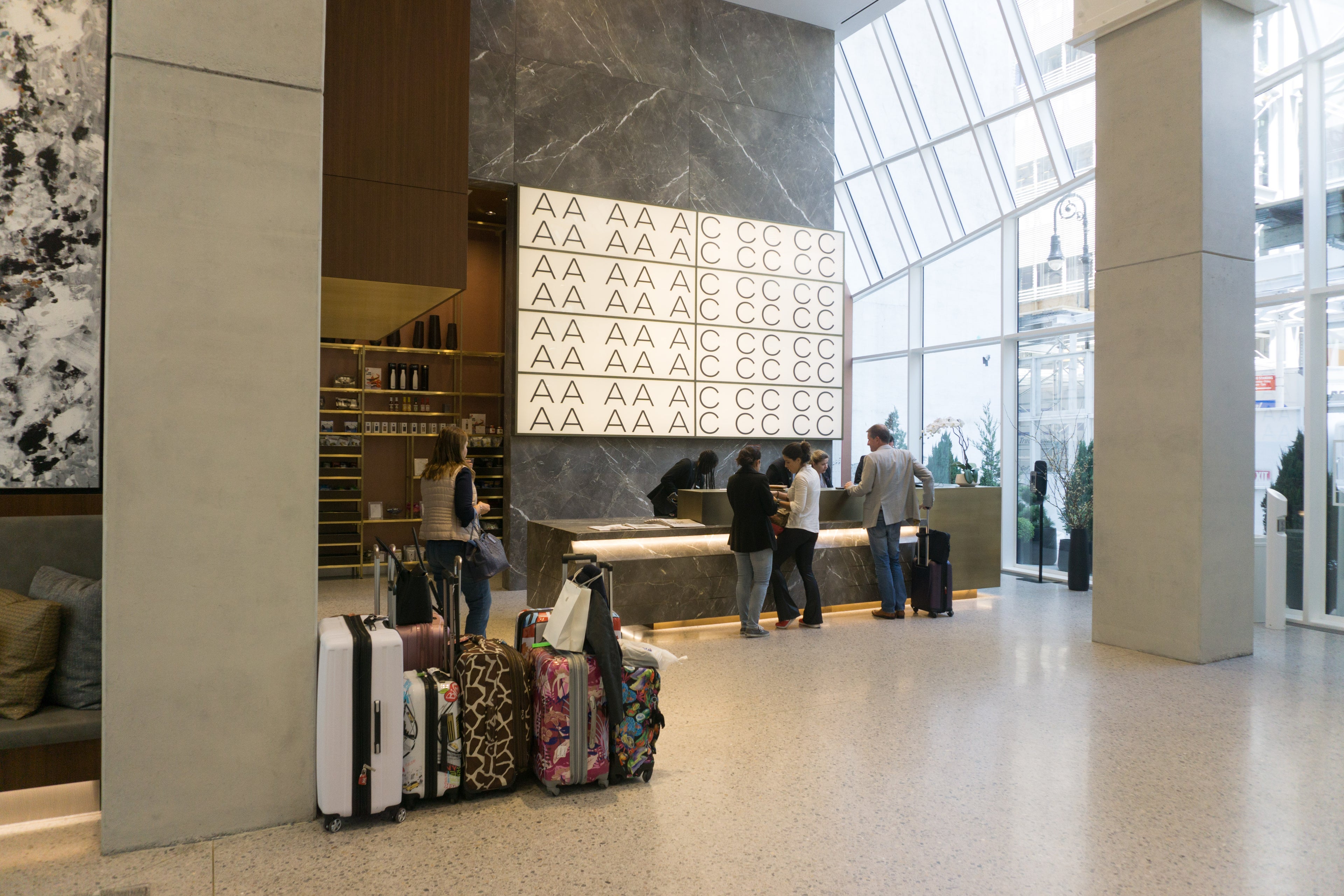 As an SPG — and now Marriott — loyalist, I have noticed a slew of AC Hotels pop up around the United States. The hotels have caught my eye primarily because of their aesthetic, which seems much more modern than the Courtyard or Four Points brands (the "AC" stands for the Spanish hotelier who founded the brand in 1998, Antonio Catalán).

On a recent trip to New York City, I needed a hotel for one night, and with the 290-room AC Hotel Times Square having recently opened in April 2018, I decided it was worth a stay. The hotel is near the corner of 40th Street and Eighth Ave, about a block away from the Port Authority Bus Terminal. It's possibly the busiest area in Manhattan.

Since this was a last-minute trip during the week, cash rates for hotels in the city were astronomical. The cheapest rate I could find at the hotel was around $360 plus taxes and fees. I decided to transfer some of my Starpoints over to Marriott to book my room, which amounted to 40,000 Marriott Reward Points (the hotel is a category 8 property), the equivalent of 13,333 Starpoints. While it wasn't the sexiest of redemptions, I was happy to be getting almost 3 cents of value per SPG point.

The night before arriving at the hotel, I sent a message through the Marriott app requesting early check-in at 9:00am. I got a response about 15 minutes later saying that they couldn't confirm it, though they expected it to be OK based on the current inventory. I arrived at the hotel groggy around 8:00am after a red-eye flight from the West Coast, and they were able to honor the early check-in request.

The hotel doesn't offer free breakfast for Platinum guests, though I was given a $10 food-and-beverage credit, along with a welcome gift of 400 Marriott Reward Points. The check-in agent was welcoming and even offered to make reservations around town if I needed any help.

The lobby is airy and filled with light. There's plenty of seating, and to one side is the entrance to Boqueria, the on-site Spanish restaurant.

I was assigned a room on the 10th floor with two double beds.

The first thing I noticed was the wood-laminate floors, which appeared to be slightly dusty. I think I may have been the first guest to stay in that particular room.

Across from the two beds was the large TV and a light-wood workspace. The room immediately reminded me of a more minimalist version of an Aloft hotel, which makes sense considering they target a similar demographic.

The window didn't provide a stunning view, but it allowed tons of natural light. Fortunately, there were also blackout blinds.

A sliding door separated the bathroom from the rest of the room.

The highlight of the bathroom was definitely the shower, which had both a handheld and a rainfall shower head, great pressure and it warmed up quickly. Standard soap, shower gel and conditioner were provided, and the front desk was happy to send up a dental kit at no additional cost.

Across the bathroom was an open closet with a few hangers, a safe, coffee maker and fridge with a few bottles of complimentary water.

The gym was in the basement of the building. It was well-equipped, though it seemed like it could get crowded during popular hours.

Right outside the gym was a small business center, which consisted of a few computers and a printer.

In the lobby was an overpriced sundries store, where I used my $10 credit.

There was also a Nespresso machine selling self-serve coffee. At $5 a pop for a cappuccino, it was pretty bad value, even for NYC.

It's interesting to see Marriott grow its portfolio of hotels targeting a millennial audience. I enjoyed the open spaces, natural light and European-inspired minimalist decor of the hotel. All of the employees were welcoming and eager to help during all of my interactions.

The main drawback of the property is for elite members, whose status doesn't go as far as it would at a full-service hotel where breakfast would be included. In addition, the crazy coffee prices in the lobby were jarring. Overall, there was nothing that particularly memorable about the property. It was a perfectly adequate place to rest my head for a night, and decent value on points, but I definitely wouldn't choose to pay a cash rate of over $300.