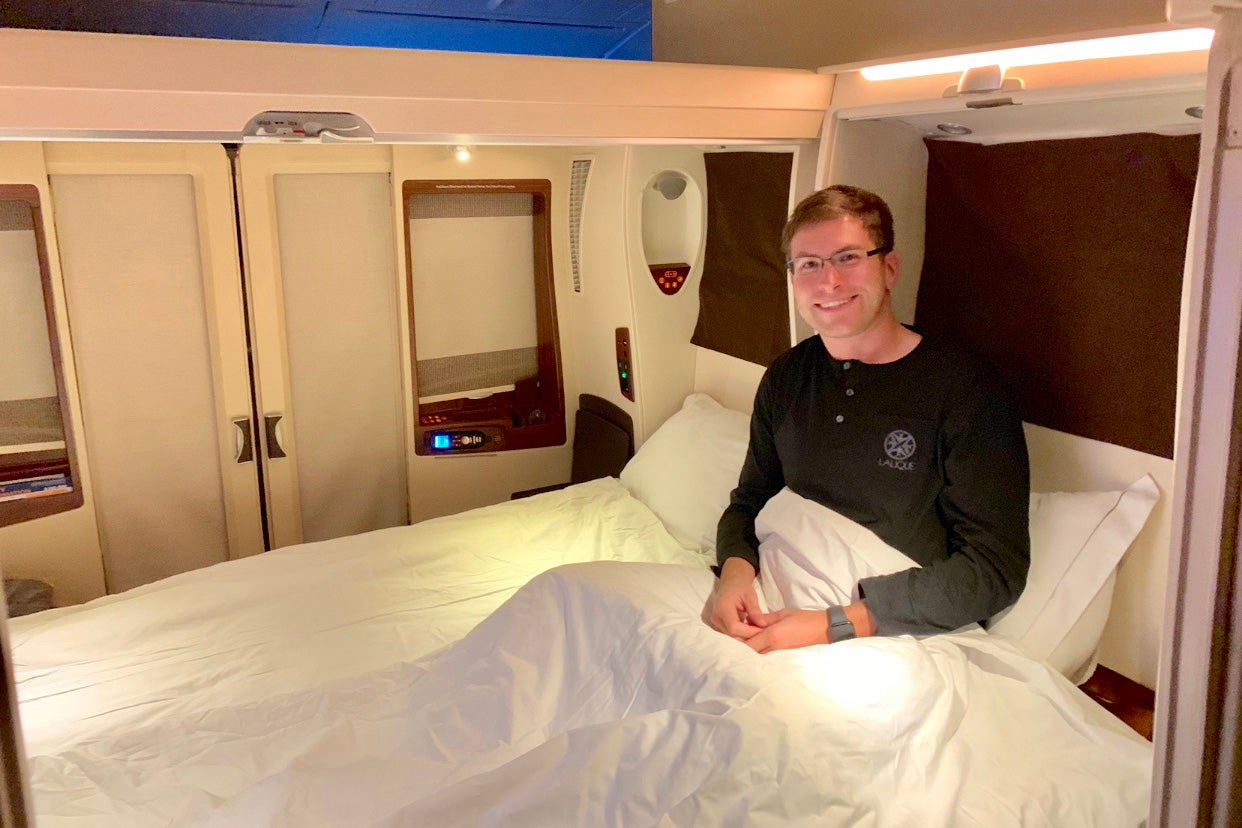 Zach’s Travel Stats: 5 Longest and 5 Shortest Flights of 2018
This post contains references to products from one or more of our advertisers. We may receive compensation when you click on links to those products. Terms apply to the offers listed on this page. For an explanation of our Advertising Policy, visit this page.

I use a handy tool called Jet Lovers to track my flight stats (you can see my travel map here). I check in using the Swarm app each time I depart from or arrive at an airport, and the app tallies up each and every one of my flights throughout the year.

According to Jet Lovers, in 2018 I flew 223,864 miles, took a grand total of 104 flights and visited 58 airports in 27 countries. Status-wise, I barely made the cut for United Premier 1K, and qualified for Gold on American, in addition to meeting the final threshold for Lifetime Premier Platinum (Bonvoy Titanium?) with Marriott Rewards. It's been a busy year for sure, but not nearly as packed as 2017.

This year's travels began with a flight from Tel Aviv (TLV) to Zurich (ZRH), for an incredible four-day ski trip in Zermatt, and ended with a short 212-mile hop from Washington, D.C. (IAD) to Newark (EWR) after checking out United's first 787-10 Dreamliner in mid-November — that's right, I didn't have a single flight in December, my only month spent entirely near home.

2018 was a year of longest and shortest flights — for me, that meant a trip on Singapore Airlines' inaugural A350-900ULR flight from Newark to Singapore (SIN) on October 12, and a super-short hop from Papeete (PPT) to Bora Bora (BOB) less than three weeks later, on the 31st.

Rather than ranking my top destinations as I did last year, I'm going to focus on the flights themselves, rounding up the five longest and five shortest legs of 2018. Starting with...

Singapore Airlines' world's longest flight was retired in 2013, when the airline stopped flying its gas-guzzling Airbus A340-500s. We always hoped it'd come back, though, and return it has — the flight resumed with the new Airbus A350-900ULR (Ultra Long Range) on October 12, 2018. Naturally, that was my longest flight of the year — and it'll likely remain the longest flight I've flown for many years to come.

As part of its Polaris seat retrofit, United had long planned to retire "Polaris first class" — a hodgepodge product of sorts, with an aging 1-2-1 seat and service that never felt especially "first class." I decided to fly Polaris first one last time, on the cheapest route I could find — a 7,050-mile nonstop from Chicago to Shanghai at the end of May. The airline pushed out the end date several times, but it's now gone for good. Not a huge loss in my book.

Most of my long-haul travel is for TPG, but I booked this Etihad leg to make my way home from a wedding in Sri Lanka. I was able to snag two business-class seats for 140,000 American AAdvantage miles — a decent redemption, given how hard they can be to use on American's own flights. The airline's A380 was a bit of a letdown, though — I much prefer its 787-9 Dreamliner, instead.

As much as I love Boeing's 747-8, I didn't have especially high hopes for Air China's business-class service to New York. I was very pleasantly surprised, though. Thanks to a fantastic crew, and the fact that I didn't have anyone sitting next to me on the upper deck, this was one of my best flights of the year, as you can see in the full review.

Number 5 on the list was fairly routine — a flight I've taken almost annually — but this was my first time flying this route on United's new(ish) 777-300ER. That meant a much more private Polaris seat, and a huge upgrade from the older 2-2-2 planes that used to operate between Newark and NRT.

And now, on to the shortest...

My final TPG trip of the year brought me from NYC to D.C. for a quick look at United's first 787-10 Dreamliner. Crappy weather left me without an outbound flight — I took Amtrak's Acela train, instead — but my 737 return went out without a hitch. The Dreamliner was definitely the highlight, though.

While my (very) short flight between these two Norwegian cities wasn't especially memorable — I don't even remember which aircraft I flew — it was a key component of my fantastic Scandinavian adventure, which included a midnight-sun trip way up north to Tromso.

Unremarkable is what you're hoping for on this delay-prone East Coast route, and while Amtrak's a bit more reliable, it's hard to beat a cheap early morning flight.

I'd always wanted to visit Martha's Vineyard, but awful I-95 traffic and an annoying ferry ride make it a pain to get there from NYC. Fortunately, several airlines offer nonstop flights from JFK or LaGuardia (LGA) in the summer, including JetBlue, which has a couple a day. Fares tend to soar on popular dates, but if you're able to book far in advance — as we did this time — you can make the journey for a couple hundred bucks.

A much longer intra-island flight wouldn't have kept me away — I was going to Bora Bora, after all — but fortunately my Air Tahiti ATR 72 journey was under 45 minutes long, marking an especially quick hop over to paradise.

Next year's already shaping up to be a bit busy when it comes to TPG adventuring. I'm launching a brand-new podcast (Miles Away) that'll require quite a bit more time in the office, but there's definitely some very exciting travel in store, starting with United's very first 787-10 Dreamliner flight, now just a few days away.