Articles
Summer Hull , aka Mommy Points, ran the Mommy Points site for families who want to travel more for less using miles and points for seven years. She now heads up a variety of special projects at TPG when she isn't exploring the world with her own two girls.
Follow
July 31, 2018
•
4 min read 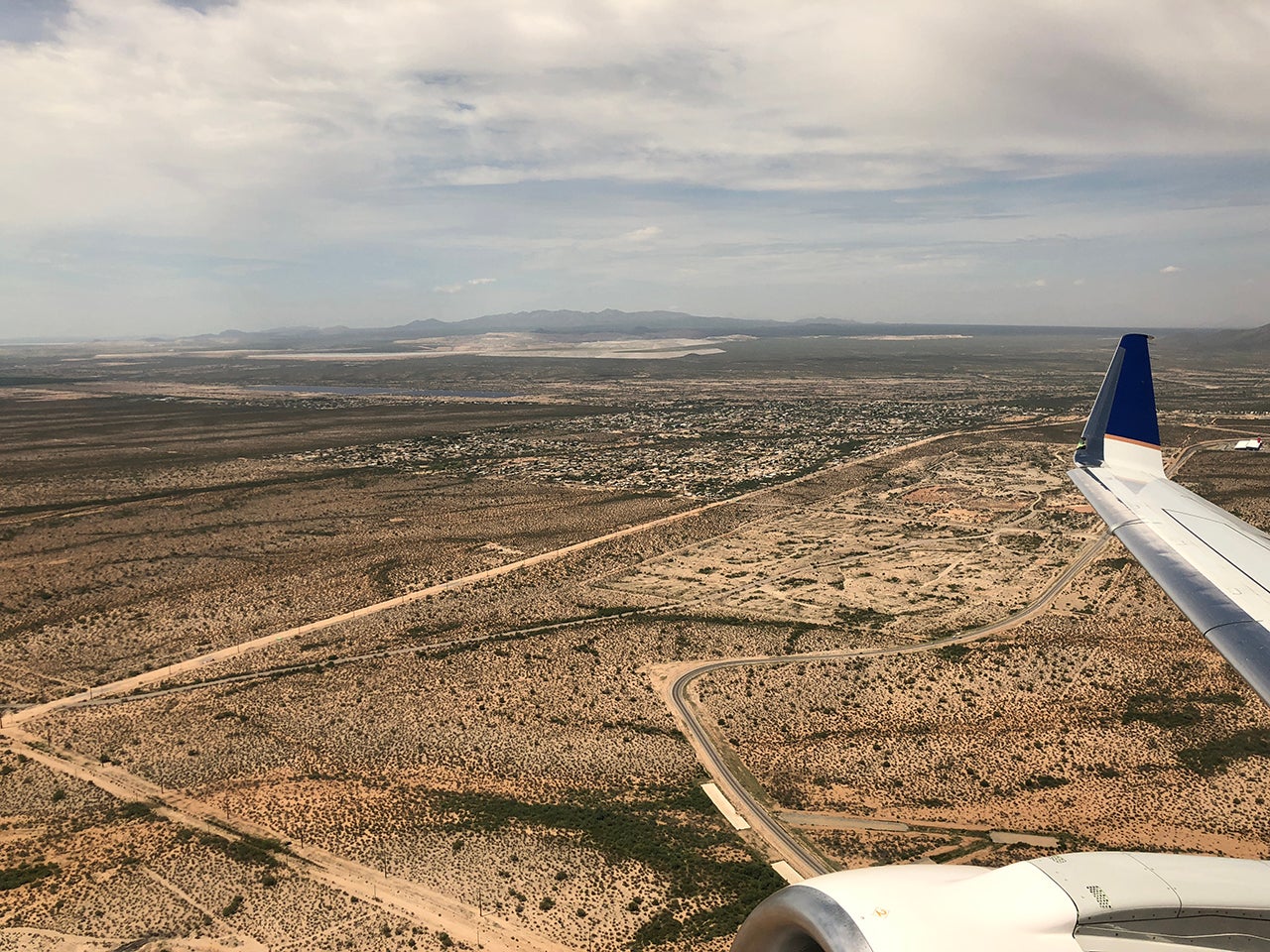 You've Been Upgraded: Scoring First-Class Upgrades on United Economy Award Tickets
This post contains references to products from one or more of our advertisers. We may receive compensation when you click on links to those products. Terms apply to the offers listed on this page. For an explanation of our Advertising Policy, visit this page.

Months ago, when we were booking an anniversary trip using Hyatt award nights to the Miraval Spa and Resort outside of Tucson, Arizona, airfare prices from Houston to Tucson were about $400 per round-trip. That was more than we wanted to spend on airfare for a domestic weekend getaway, so we each put 25,000 United miles to use to secure economy round-trip saver award tickets. Spending 25,000 United miles for economy round-trip tickets on a regional jet from Houston to Tucson isn’t an especially glamorous redemption, but it was certainly budget-friendly and convenient.

As it happens, the return flight was on a ERJ-175 operated by Mesa Airlines, doing business as United Express. That is a mouthful, but what it means in practice is that there is actually a first-class cabin that United elites can upgrade into on a space-available basis. I’m a lowly bottom-tier United Silver member who was flying on an award ticket booked with United miles, but those long odds don't actually rule out the chance of a complimentary upgrade.

United permits complimentary upgrades for elite members who are otherwise upgrade eligible, even when flying on United miles, albeit with a few caveats. The primary unique requirement for United elites to be eligible for first-class upgrades when flying on award tickets is that the traveler must be the primary account holder of a co-branded United credit card such as the United Explorer Card, the United Explorer Business Card, the United Club Card and the United Club Business Card. The information for the United Club, United Club Business has been collected independently by The Points Guy. The card details on this page have not been reviewed or provided by the card issuer.

When flying on a paid United ticket, there's no requirement to carry a United credit card in order to be eligible for complimentary upgrades. If a traveler has United elite status; is on a route that is eligible for complimentary United first-class upgrades; and holds one of those co-branded United cards, then it is okay that the seat was booked on miles in terms of upgrade eligibility. The upgrades for United award tickets will process last after all of the paid fare classes are processed within the traveler’s elite status tier, but if space is still available, it can technically happen.

Since my husband (who has United Gold status and a United credit card) and I were both booked on the same reservation, we split the reservation when checking in for our return flight so that each of us would be added to the first-class upgrade list based on our own elite status tiers. While those on paid United tickets can have a companion added to the upgrade list with them, those on United award tickets cannot have an upgrade companion.

About 20 hours from departure, and after we had checked in to the flight, both Josh and I saw that our upgrades had cleared! The odds of a United Silver and Gold member flying on award tickets both clearing into first class (and getting seats next to each other) is admittedly low, but it was our lucky day.

A weekend of relaxing and recharging at the Miraval Resort was capped off with a domestic first-class seat and a fruit and cheese plate thanks to United's upgrade rules. First class on a regional jet obviously isn't anything like Lufthansa first class, but it sure isn't a bad way to end an anniversary trip booked using United miles.

If you have United elite status and frequently book economy awards on upgrade eligible routes, it can pay to have a co-branded United card so that you are eligible for space-available upgrades when they happen. If this lowly United Silver elite can get upgraded on an award ticket — anything is possible!