Will Holiday Travel Be Affected if the Government Shuts Down? 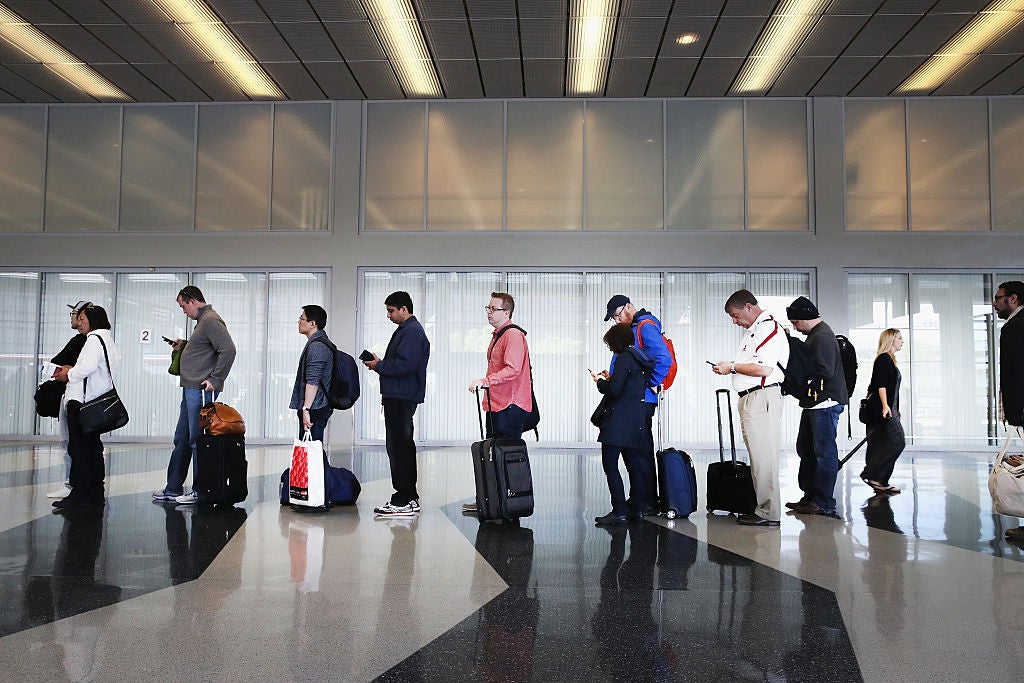 Will Holiday Travel Be Affected if the Government Shuts Down?
This post contains references to products from one or more of our advertisers. We may receive compensation when you click on links to those products. Terms apply to the offers listed on this page. For an explanation of our Advertising Policy, visit this page.

President Donald Trump has announced he's refusing to sign a bill that would temporarily fund the government through the holidays, therefore forcing a government shutdown.

The bill, which has already been passed by the Senate, does not include funding for a border wall — hence why Trump does not want to sign it into law. The deadline to pass the bill is Friday, so it's still possible a deal is conjured up to avoid a government shutdown.

However, in the case of a closure, what will happen to travelers? Especially considering tomorrow is supposed to be the busiest travel day of the holiday season.

For the most part, your life (as well as many government workers') will continue as normal. Only non-essential services are halted during a government shutdown. So the military stays active and the postal service will still deliver holiday packages.

When it comes to air travel, most aspects should be unaffected. TSA, Customs and Border Protection agents and Air Traffic Controllers are considered essential, so most will continue doing their job. When the government shutdown earlier this year, USA Today reported that 52,629 of 58,007 TSA agents and 54,461 of the 58,872 workers at Customs and Border Protection proceeded to work since they're considered "necessary to protect life and property." All 25,000+ FAA agents are protected during shutdowns as well.

That being said, it's always smart to get to the airport early around the holidays because of the increased number of travelers trying to get through security.

In the case of a shutdown, only 13% of The Department of Homeland Security's 232,860 workers would be furloughed, according to the agency's contingency plan. TPG did report that while passports and visas would still be issued, albeit with some delays, at least one Global Entry office was closed during January's shutdown.

Amtrak will also continue operating as normal, even though it's partly funded by the government.

It's more likely that National Parks and Museums are impacted by a shutdown. During the most recent closure, park gates were left open but staffing was dramatically reduced and bathrooms and gift shops were closed. At the time, an Interior Department spokesperson said "national parks and other public lands will remain as accessible as possible while still following all applicable laws and procedures.”

Still, some museums used rainy day funds to keep their doors open, like the Smithsonian did in January. However, previous shutdowns have lead to full closures of parks, zoos and museums.

Can Credit Card Insurance Protect You?

If a bill is not passed to keep the government open, you're likely out of luck when it comes to a credit card's trip insurance protections. A shutdown usually doesn't qualify as an event that would trigger trip delay or cancellation insurance, but it's always worth a shot submitting a claim if you're plans are actually affected by the shutdown. Any flight delays that happen over the next few days are likely not the fault of the government, but it's still worth using a card that has trip delay reimbursement in case of an unexpected event.