For the love of travel: Why we need a federal mandate on masks now more than ever 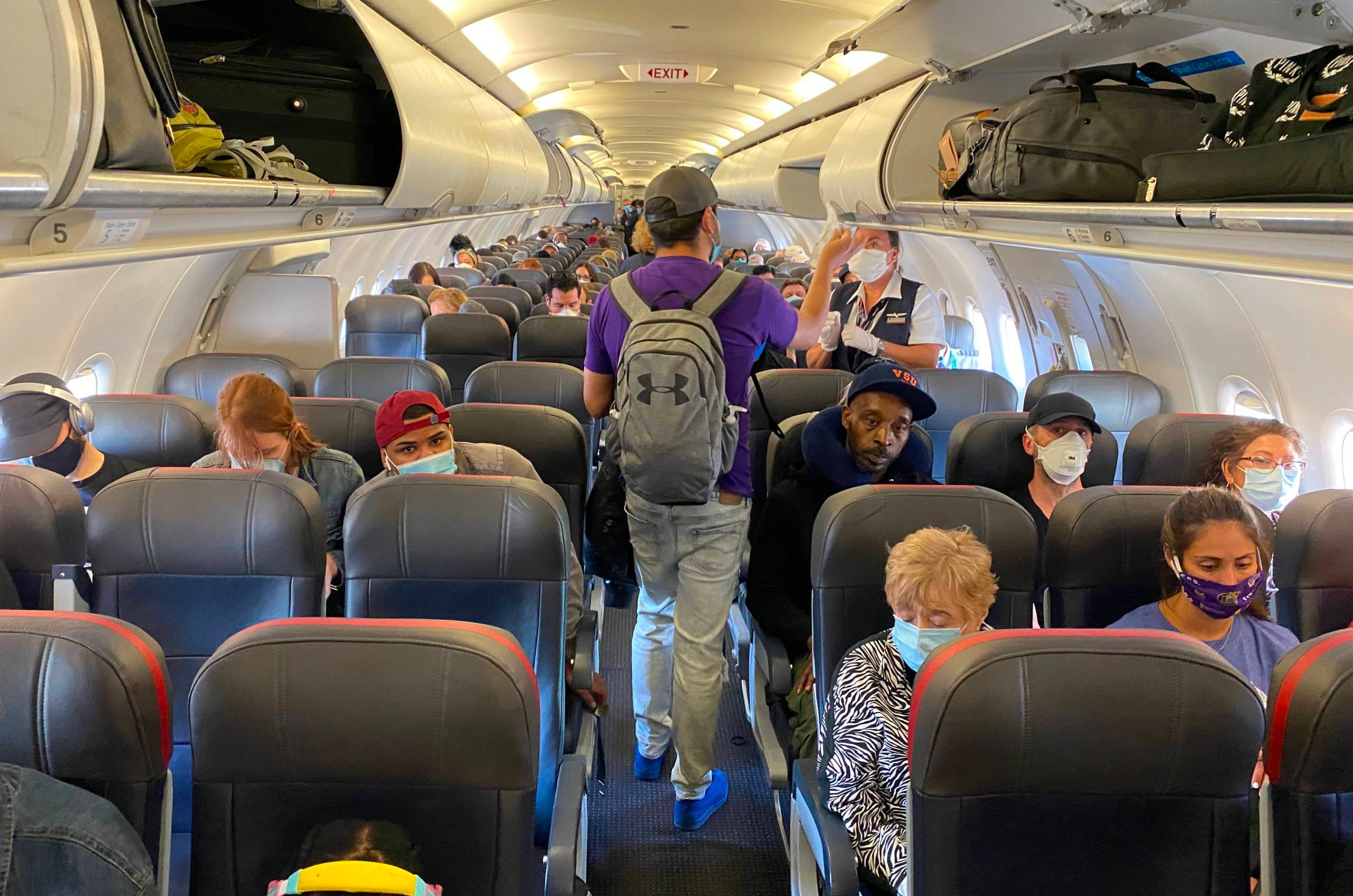 Wearing a mask is perhaps the best way to prevent the spread of COVID-19.

In fact, it's a CDC recommendation. The agency suggests wearing face coverings in public settings, especially when social distancing measures are difficult to maintain.

Now, consider an airplane. Even with blocked middle seats, odds are that you're going to be sitting within six feet of a stranger. If everyone on the plane wears a mask, the chance of COVID-19 spreading is greatly diminished.

Though every major U.S. airline requires masks to be worn inflight, there's a hodgepodge of ever-changing rules that can be confusing to travelers. Enforcement is hard, especially with medical exceptions.

The solution: now is the time for a federal mandate on masks on planes, in airports and any other public space connected to interstate travel.

Policies all over the place

Since the outset of the pandemic, we've seen airlines adopt and refine their policies on masks.

What started as a recommendation quickly became a rule for ground staff and cabin crew. Then, passengers were required to wear masks. But it didn't just stop there.

The language of the mask requirements got stronger, and non-compliant passengers were threatened to be banned by the airlines. Plus, figuring out what to do if you had a medical exception or were traveling with a child wasn't easy or necessarily clear. And are masks just required in flight or during the entire airport-to-airport travel experience?

All the while, each airline was operating on a different timeline. It felt like each airline began copying and pasting from each other's rulebook, and it was — and still is — difficult to pinpoint exact policy.

Just because a mask is required doesn't necessarily mean that passengers follow instructions. Some simply don't want to wear masks.

And though airlines have threatened to bar anti-maskers from future flights, enforcement is tricky. Someone could board a flight with a mask, only to take it off once onboard.

Flight attendants, already busy with other responsibilities, don't necessarily have the bandwidth to police masks. And airlines aren't in the business of diverting flights to offload those who won't wear a mask.

Delta has so far banned over 100 customers, while United has barred roughly 30.

And though airlines are keeping to their word, we've seen pictures of passengers wearing masks incorrectly or taking a leisurely meal break sans mask. That doesn't even address another potential loophole: Being banned from airline doesn't stop a passenger from flying on another carrier.

Related: Delta has banned more than 100 passengers for not wearing a mask

And of course, some will claim that they have medical exceptions that get in the way of wearing a mask. Though some are likely valid, it's hard to police what's legit and what's not.

Delta's solving for the issue by requiring anyone who claims an exception to undergo a "Clearance-to-Fly" exam before boarding. These virtual consultations with Delta's doctors will determine if one's medical condition prevents them from wearing a mask. The decision to fly maskless is ultimately at Delta's discretion.

American Airlines and Southwest, on the other hand, are no longer granting exceptions based on medical conditions. Both airlines have announced that they won't board passengers who can't wear a mask during the entire flight.

This comes as the Department of Justice (DOJ) reiterates that the Americans with Disabilities Act (ADA) doesn't allow one to skirt the rules on face covering.

According to the DOJ, "cards and other documents bearing the Department of Justice seal and claiming that individuals are exempt from face mask requirements are fraudulent... The ADA does not provide a blanket exemption to people with disabilities from complying with legitimate safety requirements necessary for safe operations."

Some people are clearly creating fake documents just to get around mask-wearing policies. And that won't fly with some airlines.

Cases rising and asymptomatic spread is tough to identify

Nearly four million people have been infected with the virus in the U.S. alone. Of those, at least 143,000 have died. Some states that reopened early are now seeing cases surge. A number of states — including Florida and California — have seen positive cases spike in recent days and deaths are increasing in those states, too.

And though many people present symptoms of the virus, others don't. Asymptomatic cases are some of the most problematic since it's hard to know if you've been infected. If you then get on a flight and refuse to wear a mask, you'll be spreading the virus to others who could be more vulnerable and develop much more complicated reactions to infection.

A federal mandate could solve these issues

Wearing a seat belt is a Federal Aviation Administration (FAA) requirement. Why can't masks be as well?

For one, an FAA mask mandate on planes would apply to flights to, from or within the U.S. This would simplify all the varying rules we've seen so far in the industry. Each carrier serving the U.S. would be forced to adopt the FAA rule.

Not only would it streamline the rule-making process for the airline, but it'd make it easier for the customer to understand too — regardless of their chosen carrier.

The mandate could spell out a fine and enforcement action for rule-breakers, as well as define exactly what to do if you have a medical exception. Airlines could then reference the FAA policy to those who don't wear a mask.

Lastly, it could help curb the spread of the virus. If the FAA worked to devise a strict, far-reaching and enforceable policy, perhaps the aviation industry could accelerate its recovery.

But don't take it from me. Gary Kelly, Southwest's CEO, told CNBC's Jim Cramer, "let's mandate masks. You have to wear pants. Why can't we mandate that you have to wear masks during a pandemic? It's broader than just airlines... You ought to be wearing it everywhere else too."

Unfortunately, however, we likely won't see an FAA mandate on masks anytime soon. In an April letter to the Air Line Pilots Association, FAA Administrator Steve Dickson wrote: "While the FAA remains steadfast in its focus on safety of flight, we are not a public health agency. We must look to other U.S. Government agencies for guidance on public and occupational health."

The same discourse was repeated at a senate committee in June, as Dickson mentioned that “our space is aviation safety, and their [the CDC] space is public health.”

Related: These are your choices for the best and most comfortable masks

Right now, airlines are on their own regarding mask policies.

Most carriers have a slightly different version of the requirement, with enforcement varying across carriers too. Plus, how airlines handle medical exemptions isn't uniform either.

Combined with the rapid rise in cases, it's time for the feds to reconsider adopting a mask requirement for planes. Until there's a vaccine, it may just be our only hope to accelerate aviation's recovery.