Why pilots don't have to wear masks when flying

Articles
Charlie Page is a senior first officer on the Boeing 787 Dreamliner with over 10,000 hours of flying experience, both around Europe on the A320 family and worldwide on the B787. He is also a freelance writer, contributing to a range of print and online publications.
Nov. 14, 2020
•
10 min read 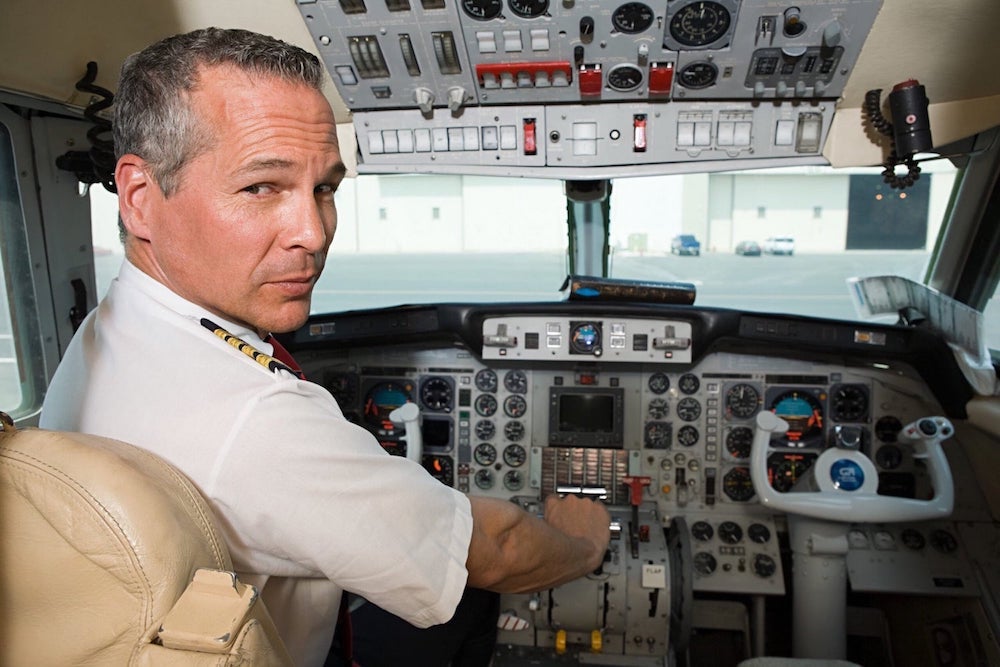 It's universally accepted that wearing a mask reduces the spread of viruses. As I continue to visit countries around the world, it has become an anomaly when you see people not wearing masks.

On an aircraft, the ventilation and airflow are better than any other enclosed spaces, on a par with an operating theatre. This, as well as the wearing of masks by passengers and crew, has resulted in a study by Harvard University declaring that there is a greater risk of transmission when out grocery shopping.

However, there are two people on the aircraft who will most likely not be wearing a mask. The pilots.

Aviation, like all aspects of life, is a balance of risk. Each time we accelerate 230 tons of carbon fiber down the runway at 180 mph and up into the sky, we are taking a risk. However, all these risks have been painstakingly assessed and evaluated, ensuring that flying is one of, if not the, safest modes of transport.

Pilots often use the "BRAN" model when making a risk assessment of action. What are the benefits? What are the risks? Is there an alternative option? What would happen if we just did nothing? The same assessment process is applied to the wearing of masks in the flight deck.

The benefits are obvious, as they could reduce the risk of transmission between the pilots. However, when we start to look at the risks, it's not quite as straightforward.

Read more: 8 myths about being a pilot, debunked

Communication is one of the most important skills of an airline pilot. Not only do we communicate verbally with each other and air traffic control, but non-verbal communication also makes up a large part of how we read each other.

At the most critical stages of flight, how the other pilot is responding, both to the situation and to your calls and actions, is key to ensuring a safe outcome. How we deal with the workload of a situation has a direct effect on how well the scenario will progress and one of the best ways to assess the other pilot's workload is from their body language and facial expressions.

If their face is obscured by a mask, it can make it more difficult to understand how they are coping with a situation. Small tell-tale signs such as licking or biting your lip can be an indication of high stress and being overloaded. These are all things which, if undetected, can lead to a greater risk to the safety of the aircraft.

The outside atmosphere at 43,000 feet is a pretty inhospitable place. Temperatures are a chilly -76 degrees Fahrenheit and the air is so thin that breathing unassisted is impossible. It’s for these reasons that airliners have a pressurization system to ensure that you’re kept comfortable in the cabin.

During the flight, the pressurization system is automatic. As the aircraft climbs away from the ground, computers regulate the amount of air entering and leaving the cabin to ensure that the optimum equilibrium is maintained.

“Should the cabin pressurization system fail, oxygen will be provided. Pull a mask towards you and breathe normally.” How many times have you heard this during the safety briefing but never really understood what it meant?

If there was a sudden loss of cabin pressurization at 43,000 feet, you have around 10 seconds of useful consciousness before you are unable to fit your own mask. As a result, it's imperative that we pilots get our oxygen masks on immediately.

In the flight deck, the oxygen masks are a little different (and more complicated) to those in the cabin. In order to protect us in the event of smoke or fumes, the masks also contain fully enclosed goggles to protect our eyes.

As a result, the impediment of having to remove a face mask first, before fitting this mask, effectively could have serious implications on flight safety.

For those of you who wear glasses on a daily basis, or even for those who have found out when wearing sunglasses, wearing a mask can cause these to fog up. Whilst walking about town, this is just a minor inconvenience but when landing a 190-ton aircraft with 200 lives on board, this could be a serious issue.

As a result, the threat of suddenly not being able to see at a critical stage of flight takes an understandable priority over wearing a mask.

Read more: How do pilots control an emergency evacuation?

We've all experienced that mask itch. Some fit well, some not so well. There have been occasions where I've had to dispose of one mask and get a new one because it was irritating my face so much. However, when out in the supermarket, this is no big deal. Just accept it and deal with it.

However, when you're landing an aircraft at 160 mph, this is a different matter. The last few moments before touchdown are critical and we need 100% concentration on the job at hand. To be distracted by an ill-fitting mask or one that is itching is the last thing we need.

We need to be able to complete our primary role: Keep the aircraft safe at all times. The potential distraction of a mask could jeopardize that.

From all this, you may get the impression that we aren't taking the threat of transmission seriously. That could not be further from the truth.

As soon as we leave our seats to depart the flight deck, we always put a face mask on and this stays on until we are back in the operating seat. In addition, we clean the flight deck thoroughly, not only before the flight but continue to do so throughout the flight. Switches, buttons and surfaces are constantly cleaned to minimize the spread of any pathogens.

We also use the same headset throughout the flight. Previously, when changing seats as part of a three- or four-person crew, we would just wipe the headset in the seat position and use that. Now, instead of doing this, we thoroughly clean one headset at the start of the flight and disconnect it when leaving the seat.

Fresh air from the outside

Air is taken into the aircraft by two dedicated inlets just below where the front of the wing meets the fuselage. It is then directed into four electrically operated cabin air compressors (CACs). The air is pressurized and sent to two identical air-conditioning packs where it is tuned for temperature and then sent into the cabin.

Even with all this air coming into the aircraft from the outside, it only accounts for 50% of the air in the cabin. The other 50% comprises of recirculated air and it’s here that the first stage of air cleaning happens.

Situated in the space above the passenger cabin (or in the belly depending on the aircraft type) sits the recirculation loop. Here, fans draw air into the system for it to be cleaned. The recirculation loop contains a series of high-efficiency particulate air filters (HEPA) — 15 of them on the Boeing 787 Dreamliner.

HEPA filters on aircraft are similar to those used to keep the air clean in operating theatres. They are so efficient that they trap greater than 99.999% of microbes attempting to pass through them. This includes viruses and bacteria.

In addition, the air from the toilets and galley areas is kept separate from the rest of the aircraft. Instead of being recirculated, this often “fragrant” air is extracted and dumped overboard.

In addition to cleaning the air every two to three minutes, the entire volume of air in the cabin is dumped overboard and into the outside air. This flow of air out of the aircraft is as important as the flow into the aircraft.

Next time you’re waiting in the queue for takeoff, take a look at the back right section of other aircraft. You may notice a small hole. This hole -- alarming as it may seem -- is one of the most important parts of the pressurization system. It’s called the outflow valve and it is this what keeps fresh air flowing through the aircraft all flight.

Taking an aircraft into the air is a series of carefully assessed risks. In the same light, the use of masks in the flight deck is a risk which has also been thoroughly evaluated. As pilots, our number one priority is the safety of the aircraft and everyone on board.

The use of masks on board an aircraft is now mandatory on most airlines — for very good reasons. However, when it comes to pilots, they could have serious implications for flight safety.