Why do flight cancellations and delays keep happening?

Articles
Ethan Klapper is a senior aviation reporter at TPG who focuses on the operational side of the airline industry.
Follow
July 26, 2022
•
9 min read 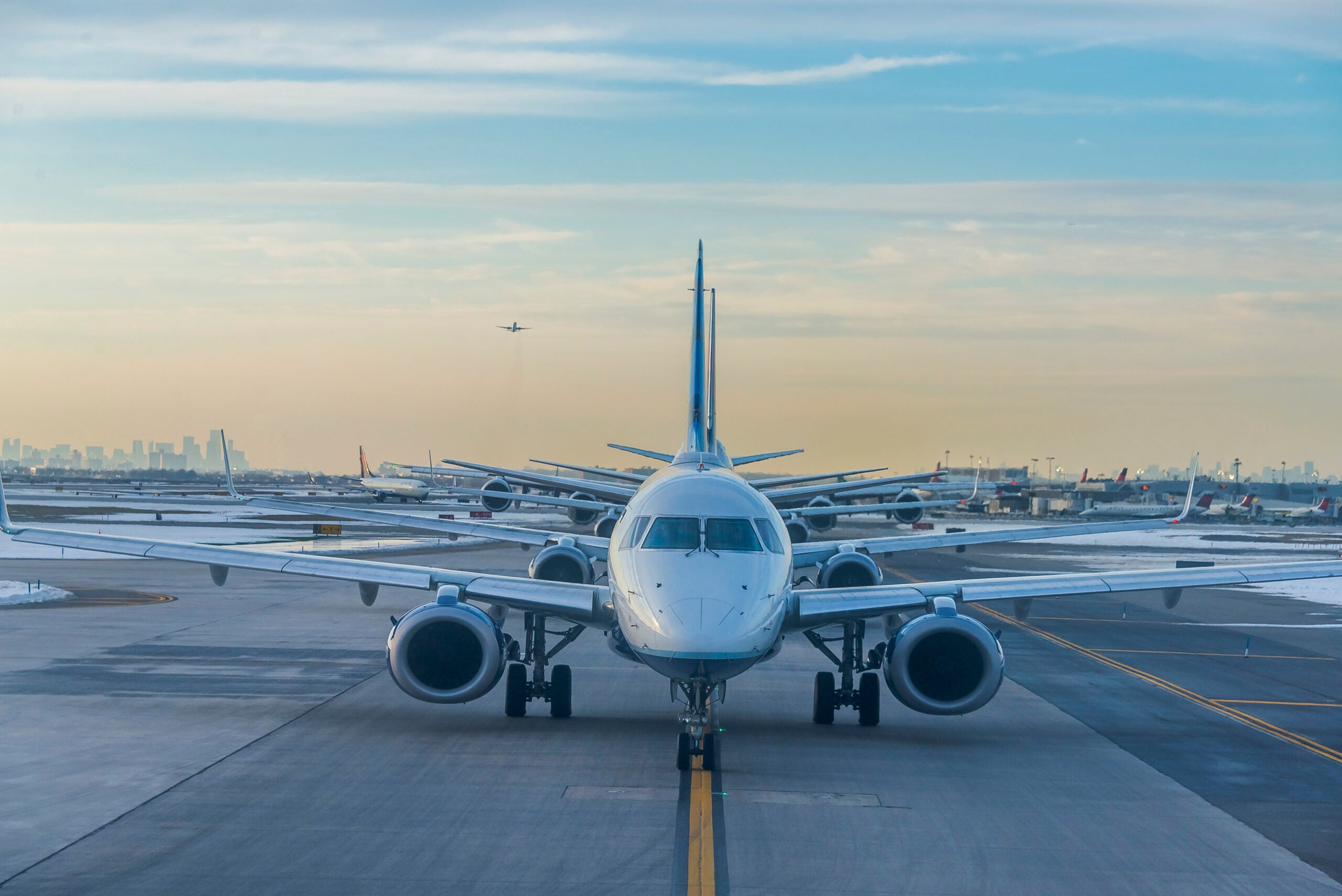 Now more than halfway to Labor Day from Memorial Day, it's been a rough summer for air travel, with travelers having to endure a large raft of disruptions to their air travel plans.

Help! Here’s what to do if your flight is canceled or delayed

The headaches in the U.S. come amid broader global disruptions, particularly in Europe.

Extreme heat in Great Britain recently caused runways to melt. Strikes in Europe — more than normal — are causing carriers to cancel flights — with Lufthansa expected to cancel most of its schedule later this week. And other staffing issues throughout the continent are causing airports — such as Amsterdam and London Heathrow — to implement passenger caps.

Taken together, it’s all helped put the spotlight on what’s become a uniquely aggravating summer of travel — and, unfortunately for travelers, there may not immediate relief on the horizon.

It’s a tangled web of factors that have intersected to disrupt the nation’s pandemic travel rebound. Everything from overly ambitious airline scheduling to staffing and weather has combined to create a massive headache for would-be air travelers.

Here’s a look at four of the reasons why this summer is shaping up to be an unusually frustrating one to fly.

Let’s get the simplest reason out of the way — and one that everyone will agree about: Storms.

In late spring and throughout the summer, convective weather — read: thunderstorms — proliferates across the country. Humid, unstable air overtakes much of the nation during the months and sets the stage for thunderstorm flareups. That’s not new, and we’re certainly seeing it again in 2022.

Aircraft must avoid thunderstorms due to the potential for severe or extreme turbulence, and significant icing that could overwhelm the onboard deicing system. Many thunderstorms can be higher than 50,000 feet in the air, so flying on top of them isn’t an option: flights must be routed around them, causing constraints in airspace and flight delays.

Air travel apocalypse: Every flight on my trip got disrupted; things you should know

The situation is particularly bad when thunderstorms are located near busy airports, blocking flight paths and impacting the ability for flights to take off and land. It can also lead to ramp closures — causing further delays, since aircraft cannot be loaded, unloaded, fueled or serviced.

Adding to the complexity of summer travel, thunderstorms frequently are more problematic for airlines than major snow events — which meteorologists typically predict days in advance, giving carriers a chance to prepare.

Summer thunderstorms, however, are harder to predict — both in exact timing and location. And when a big front sweeps across the nation, long lines of storms can stretch for hundreds of miles — such as in Texas or over the Great Lakes region — and disrupt flight paths indefinitely between major airports.

Related: What to do if your flight is canceled

Are airlines scheduling more flights than they can logistically operate?

That’s increasingly the question some are asking as carriers try to bounce back from the depths of pandemic-era cuts and take advantage of demand that’s come roaring back faster than anyone expected.

The federal government and some labor unions are among those wondering if airlines are trying to operate more than they can handle, given staffing issues, aircraft shortages and other challenges. Even though there are fewer flights operating now than in 2019, some airlines are still grappling to overcome the staffing and aircraft cuts they made during the pandemic’s bleakest moments.

Earlier this spring, a number of carriers — including Delta Air Lines, Alaska Airlines and JetBlue — proactively reduced capacity (the number of seats they fly) for this very reason. This very issue has been one of the main topics that the U.S. Department of Transportation and its leader, Secretary Pete Buttigieg, have been imploring the airlines to address.

“The Secretary pushed airlines to scrutinize whether they can reliably operate the schedules they have published and future schedules under consideration,” a source familiar with a meeting that Buttigieg held with airline CEOs earlier this summer told TPG.

While these schedules might work out on a perfect day, having an ambitious schedule can cause cascading problems for passengers when there is eventually weather or other operational issues.

When everything is already stretched, it means there are fewer spare aircraft and crews around to help recover the operation. It can be a key difference between an airline being able to recover and operate its schedule within a few hours or by the next morning — and an airline having to mass-cancel a significant number of flights over what can spiral into a multi-day recovery.

In addition to the scheduling issues, there’s been another root cause contributing to the recent spate of disruptions: a shortage of staff.

This has been felt particularly hard among pilots, causing some airlines to be stretched too thin to fly all the flights that had been added back to their schedules. Both United and American Airlines have each had to park about 100 regional jets in recent months due to the pilot shortage, with American offering massive pay increases at the three regional airlines it owns.

More: How a pilot shortage could leave travelers with higher fares and fewer options

In turn, the pilot shortage has contributed to higher fares. Demand for flights is very high this summer, outstripping supply. With that, airlines have been pricing their limited supply of seats accordingly, leading to significant sticker shock. In fact, airfare was one of the leading inflationary components this spring in the latest report from the government.

Fuller flights also means that there are fewer options for airlines to recover when there are irregular operations like severe weather. The flight leaving the next day may already be sold out, meaning it takes that much longer to accommodate everyone when cancellations begin to mount.

And, while not as severe as certain airports in Europe, staffing issues for some airport-based positions in the U.S. have led to longer lines in some instances — especially during irregular operations.

The nation’s air traffic control system is also under some strain.

For its part, the airline industry has been frustrated with what it believes is the Federal Aviation Administration’s inability to adequately staff air traffic control facilities. Those concerns were detailed in a June 10 letter from Airlines for America, the industry’s lobbying group, to Sens. Richard Blumenthal, D-Connecticut, and Edward Markey, D-Massachusetts, pointing the finger at the FAA as a cause of the industry’s operational problems.

Perhaps the most prominent example of the issue has emerged in Florida, where an air traffic control facility near Jacksonville has been a perennial source of frustration for airlines due to staffing issues.

It was the topic of an early May meeting between representatives of the FAA and the airlines, who were frustrated that weather and other airspace issues — such as the launch of rockets from Cape Canaveral — seemed to have an outsize impact on flights flying through the busy airspace.

At that meeting, the FAA vowed to increase the staffing authorization at the facility, known as the Jacksonville Air Route Traffic Control Center. But training new controllers can be a multi-year process, so any relief likely won’t be seen immediately.

In recent weeks, “staffing triggers” have been present in other locations, including key facilities that sequence traffic into and out of some of the nation’s busiest airports. This includes those in Southern California and New York, which seemed to be at the center of the disruptions of the past few days.

Reduced staffing at ATC facilities can have a negative impact on operational performance: for safety reasons, fewer flights are sometimes able to proceed through certain areas or land at airports, so delays across all of the carriers can stack up at once.

You’ve likely heard it before, but if you’re traveling this summer, it’s imperative to pack your patience, be flexible and have alternate travel plans in mind in case things go wrong.

The unfortunate reality is that there are no easy fixes that can salvage airline operations this summer. Both pilots and air traffic controllers are highly skilled professionals who can take a very long time to train, and schedules for the remainder of the summer are mostly set. And, of course, there’s no stopping Mother Nature.

Good luck if you’re flying this summer. Unfortunately, this year you might need it.