Articles
Nick Ewen is a director of content at TPG and was one of the site's first contributors in 2012. He’s visited 52 countries (and counting) and has taken his 7-year-old daughter to 24 of them.
Follow
July 30, 2022
•
9 min read 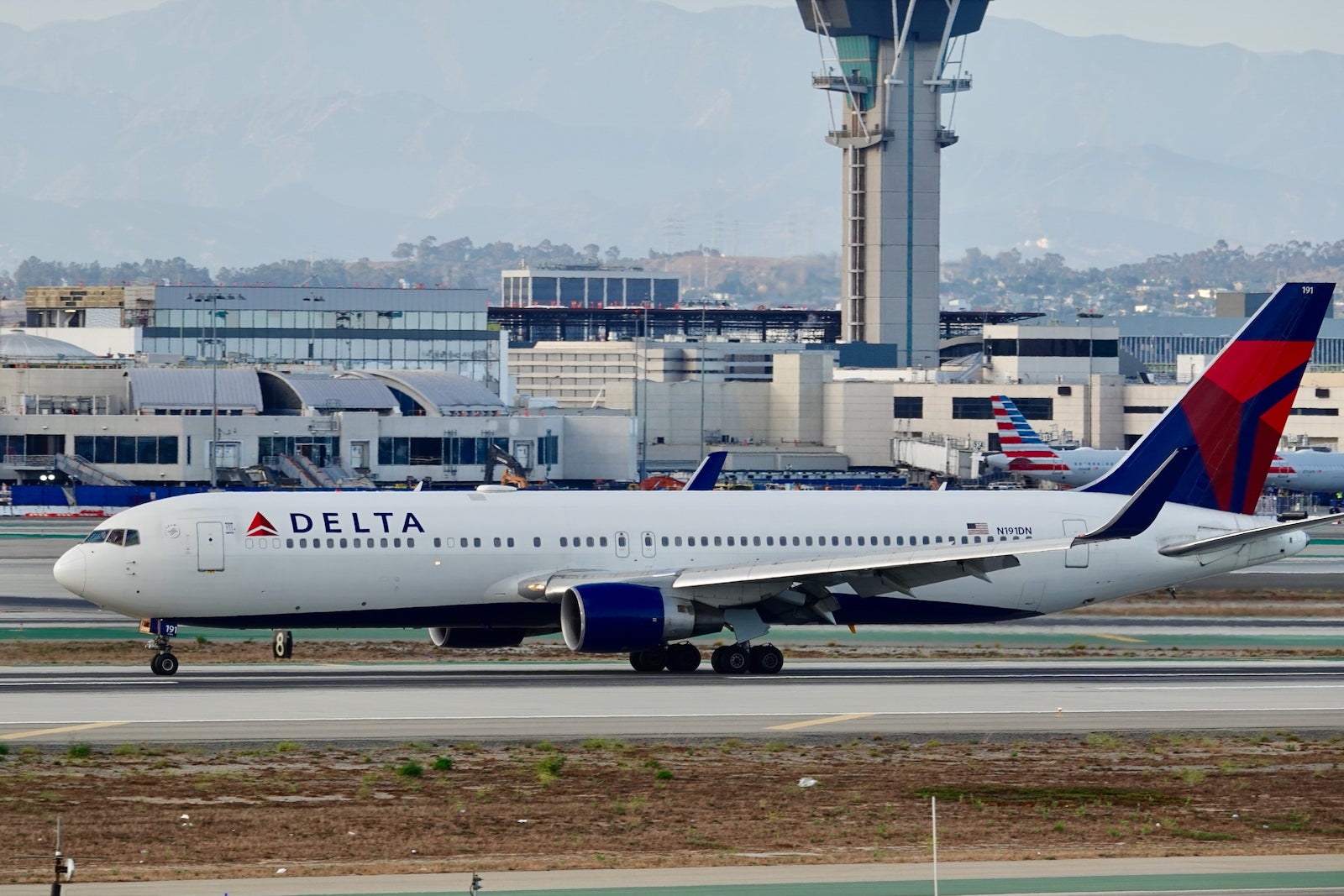 Editor's notes: The limited-edition Boeing 747 Delta SkyMiles® Reserve American Express Card design was available while supplies lasted through Aug. 3, 2022 and is no longer offered at this time

As a longtime member of the editorial team here at The Points Guy, it's no surprise that I love credit cards — and aviation.

So when I first learned about the limited-edition card design on the Delta SkyMiles® Reserve American Express Card — made (in part) from the metal of a retired Delta 747 — I just knew I had to add this card to my wallet.

Here's why I applied for the card — and why anyone who loves aviation should as well.

Sign up for TPG's daily newsletter to get points and miles coverage like this delivered to your inbox.

My first trip on the Boeing 747 was back in July 2007. I had been accepted into a summer school program to teach English to young Chinese students in Shenzhen, China, and our routing involved flights from Los Angeles International Airport (LAX) to Tokyo's Narita International Airport (NRT) on (now-defunct) Northwest Airlines. I already loved taking to the skies in any plane, but boarding that double-decker beauty was incredible.

Since then, I've flown a number of additional flights on the venerated "Queen of the Skies" — including:

I was crushed every time I read about another airline retiring these planes.

But now, I get to carry around a piece of a 747 in my wallet — thanks to the limited-edition art on the Delta Reserve card, which was made with 25% recycled metal from the plane.

Earlier this month, Delta and American Express released a short video on just how these cards were fabricated, and I may (or may not) have watched it a few dozen times.

I may be overly sentimental (and thus a sucker for these things), but just holding the card in my hand feels like I'm reaching back into aviation history.

Note that this limited-edition design is only available through Aug. 3, 2022 — and only while supplies last. In fact, it was previously available to existing cardmembers, but that option has now ended, according to Eye of the Flyer.

Of course, it helps that this exciting card design came with an increased welcome offer. If you applied for the card by Aug. 3, you could take home 100,000 bonus Delta SkyMiles after you spent $5,000 on purchases on your new card in your first three months of card membership (Note: This is no longer available).

The current offer earns 50,000 bonus miles and 10,000 Medallion® Qualification Miles (MQMs) after you spend $5,000 in purchases on your new Card in your first six months of account opening.

This haul is worth $705 based on TPG's most recent valuations, this will be a great boost as I look ahead to planning fall travel.

It's true that SkyMiles aren't the most valuable currency for international redemptions in premium classes, but I've frequently been able to get a solid value when using my Delta miles for domestic flights and even a WestJet-operated itinerary to Toronto — where 25,000 miles offset a ticket priced at over $800.

Plus, when it comes to flying around the U.S., it's hard to compete with Delta's superior airport experience and inflight product.

Read more: Your complete guide to the Delta SkyMiles program

Last year, Delta announced that all Medallion Qualification Miles earned in 2021 would be rolled over to the 2022 qualification year. And it just so happened that I flew Delta a fair amount last year, including flights to Minneapolis and Salt Lake City — the latter as part of an incredible summer trip to Twin Falls, Idaho.

This year, I added round-trip flights to Seattle plus a business trip to New York, putting me at 21,651 MQMs as of mid-June.

Note that my Medallion Qualification Dollar number is well short of qualifying, but by spending at least $25,000 on the card, I'll earn an MQD waiver — so that becomes a moot point.

The situation becomes a bit more complicated next year, as I'd expect Delta to go back to normal rollover MQMs (only for elite members and only for those earned beyond a certain qualification threshold). However, I could still earn Silver Medallion status solely by spending $60,000 in 2023.

That may not seem like the best target to maximize my spending, but there's another potential angle here: Delta lifetime elite status.

In a previous job, I was a road warrior and fiercely loyal to Delta (I was actually a charter Diamond Medallion member when that tier first launched in 2010). And as part of writing this article, I happened to notice that my Million Miler Qualification number stands at 702,828.

As a result, if I can combine spending on the Reserve with some semifrequent flying on Delta or its partner airlines, I have the potential to earn annual complimentary Silver Medallion status within a handful of years.

Read more: What is Delta Air Lines elite status worth in 2022?

Finally, I'm excited to utilize some of the additional perks of the Delta Reserve card on my upcoming travels. Two in particular stand out:

And if I keep the card open next year (which I plan to do), I'll also receive a companion ticket, valid for select fares in first class, Comfort+ or economy. This perk by itself could easily offset most if not all of the card's $550 annual fee (see rates and fees) — so I'll be excited when this posts to my account upon renewal.

Related: A daytrip to Maine: The fun way we found to use the elusive Delta companion certificate

Call me a sucker for marketing, but I was thrilled when I learned about Delta and American Express launching a limited-time card design made in part of metal from a retired Boeing 747. And now that I have the Delta SkyMiles Reserve American Express Card in my wallet, I'm even more excited — thanks not only to the aviation history of the card but the welcome bonus and ongoing perks it offers.

Apply now: Delta SkyMiles Reserve Amex with 50,000 bonus miles and 10,000 Medallion® Qualification Miles (MQMs) after you spend $5,000 in purchases on your new Card in your first six months of account opening.

For rates and fees of the Delta Reserve Amex, click here.

This card's most exciting perk is access to Delta's relaxing Sky Clubs and Amex's swanky Centurion Lounges when flying Delta. If you’re hoping to reach Medallion status, this card can be a tremendous asset in your wallet, too. Cardmembers earn 15,000 Medallion Qualification Miles (MQMs) after spending $30,000 on purchases up to four times per calendar year.

This card's most exciting perk is access to Delta's relaxing Sky Clubs and Amex's swanky Centurion Lounges when flying Delta. If you’re hoping to reach Medallion status, this card can be a tremendous asset in your wallet, too. Cardmembers earn 15,000 Medallion Qualification Miles (MQMs) after spending $30,000 on purchases up to four times per calendar year.