Where to Sit When Flying United’s New 777-200: Polaris Business Class

Articles
Zach Honig is Editor-at-Large at TPG, with contributions ranging from articles digging deep on loyalty programs and credit cards to delivery flight coverage to drone photography and much more.
Follow
May 01, 2018
•
5 min read 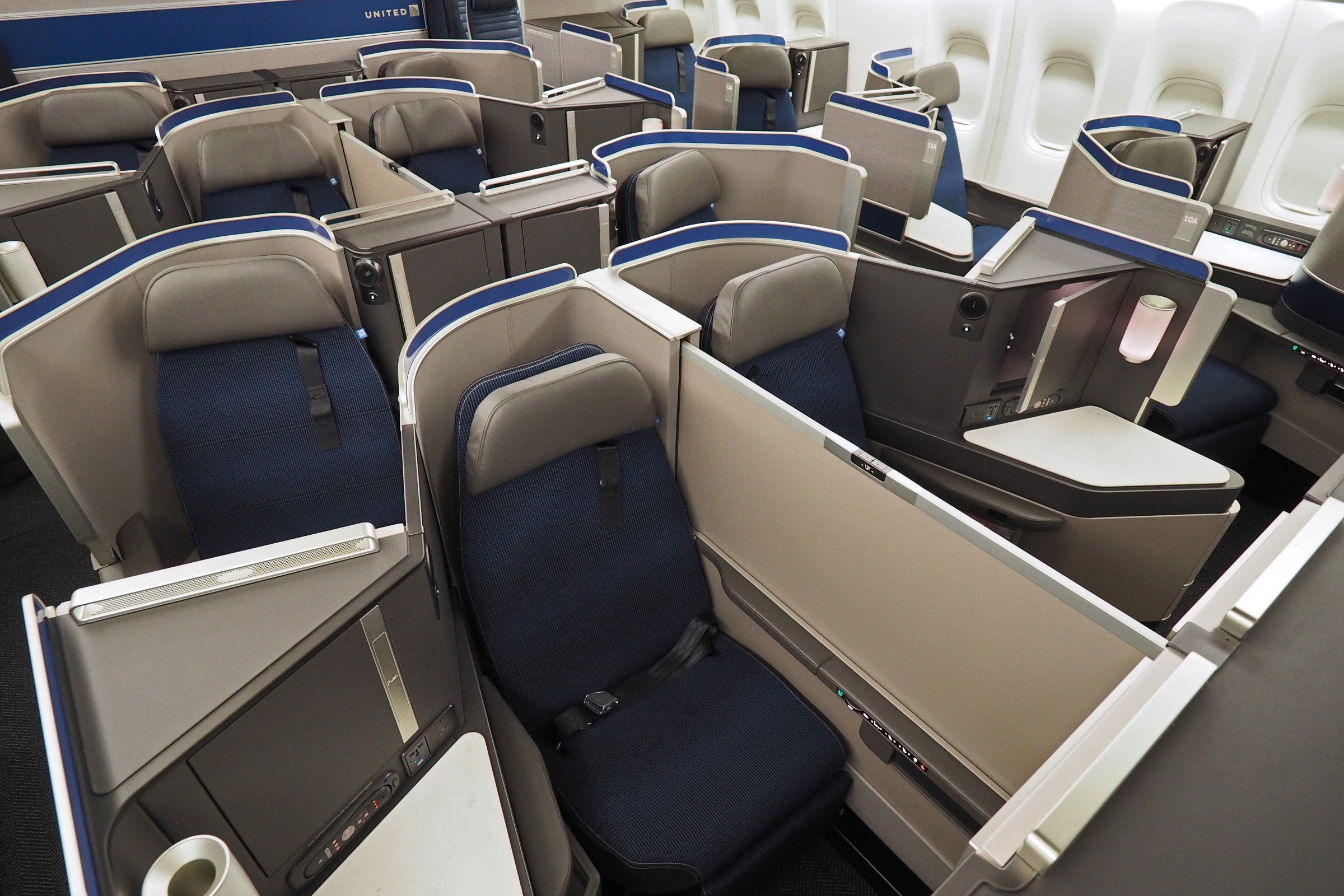 Until April 2018, United offered its new Polaris business-class seat on just 14 Boeing 777-300ERs, along with a small number of retrofitted 767-300ERs — if you wanted to experience the airline's latest product, you had to fly one of a handful of -300ER routes, or hope you'd land a last-minute swap to the refreshed 767.

United has since begun to step up its Polaris game, opening a second Polaris Lounge, at San Francisco International Airport (SFO), and launching service with its first retrofitted 777-200. This particular plane dropped from a 2-4-2 configuration that many airlines would be embarrassed to label premium economy, let alone business class, to the same 1-2-1 seat installed on the new 777-300ERs.

It's a tremendous improvement, as JT Genter discovered in his recent review.

Unfortunately, as United was ripping out first class and that super-dense biz, the airline installed 3-4-3 seats in economy, knocking nearly an inch off of the seat width in the process. So, while this refreshed 777-200 offers the airline's best business-class seat, it also sports one of the tightest coach arrangements you'll find on any plane in the world.

You're here to read about the best business-class seats, though, so hopefully you've secured a seat in one of those forward cabins. If you're flying coach, be sure to check out this post, instead.

Before the retrofit, this particular aircraft offered two premium cabins: first class, arranged in a 1-2-1 configuration in the nose, and business class in that super-dense 2-4-2. The eight first-class seats have been removed entirely, with both cabins being replaced by a total of 50 Polaris seats — boosting premium capacity by two.

These are the same seats you'll find on the 777-300ER, which offers 10 more seats in business class and a whopping 306 in coach. Note that while the -300ER sports a dedicated pilot crew rest, the 777-200 does not, so seat 15L is typically used for resting pilots on longer flights, bringing the bookable seat count down to 49.

Speaking of that pilot crew rest, United's set aside one of my favorite seats in the cabin for that purpose — 15L should see far less traffic, since the galleys and lavatories are located at the front of the cabin. 15A is available to select, though, and that seat offers a similar arrangement.

Otherwise, my first picks would be the bulkhead window seats — they're positioned closer to the window, and offer larger footwells and more privacy. We're talking about 1A, 1L, 9A and 9L.

Meanwhile, if you're traveling with a companion, I'd go with the bulkhead "honeymoon" style seats — 1D and 1G or 9D and 9G. After that, I'd select any odd-row center seat, which are nearly identical — you'll just have a bit less room for your feet.

If all of the window-facing seats are already selected, these odd-row center seats are still a good pick even if you're flying alone — with the center partition raised you'll have considerable privacy, and decent separation from the aisle.

While they're by no means terrible, aisle facing center seats have far more exposure, which means more noise and less privacy.

Aisle-facing A and L window seats are similarly exposed — again, these are in even-numbered rows, so just pick an odd-numbered window seat and you'll be good to go.

Two even-row window seats are even less desirable, though — 12A and 12L — since they're missing a window entirely. No thanks!

All Polaris passengers will have access to the same amenities and service, of course, but your choice of seat does have an impact on your overall experience. My rule of thumb is to always select a window seat in an odd-numbered row — but since all 50 seats offer decent comfort, I wouldn't avoid taking a flight if my favorites are already selected.

Do note that there’s just one plane flying with this new arrangement right now — N786UA — and it’s difficult to nail down. United’s committed to adding a Polaris-equipped plane every 10 days through 2020, so it shouldn't be long before the old three-cabin configuration disappears entirely. Until it does, I'd avoid those 2-4-2 business-class seats at (almost) any cost — if you can't get the "real" Polaris seat just yet, choose a 777 with the old 2-2-2 Continental seats, or a 757, 767 or 787, instead.

For more on flying in the new Polaris seats, see:

Featured image by Your odds of flying in the "real" Polaris seat keep getting better as United retrofits more of its fleet.