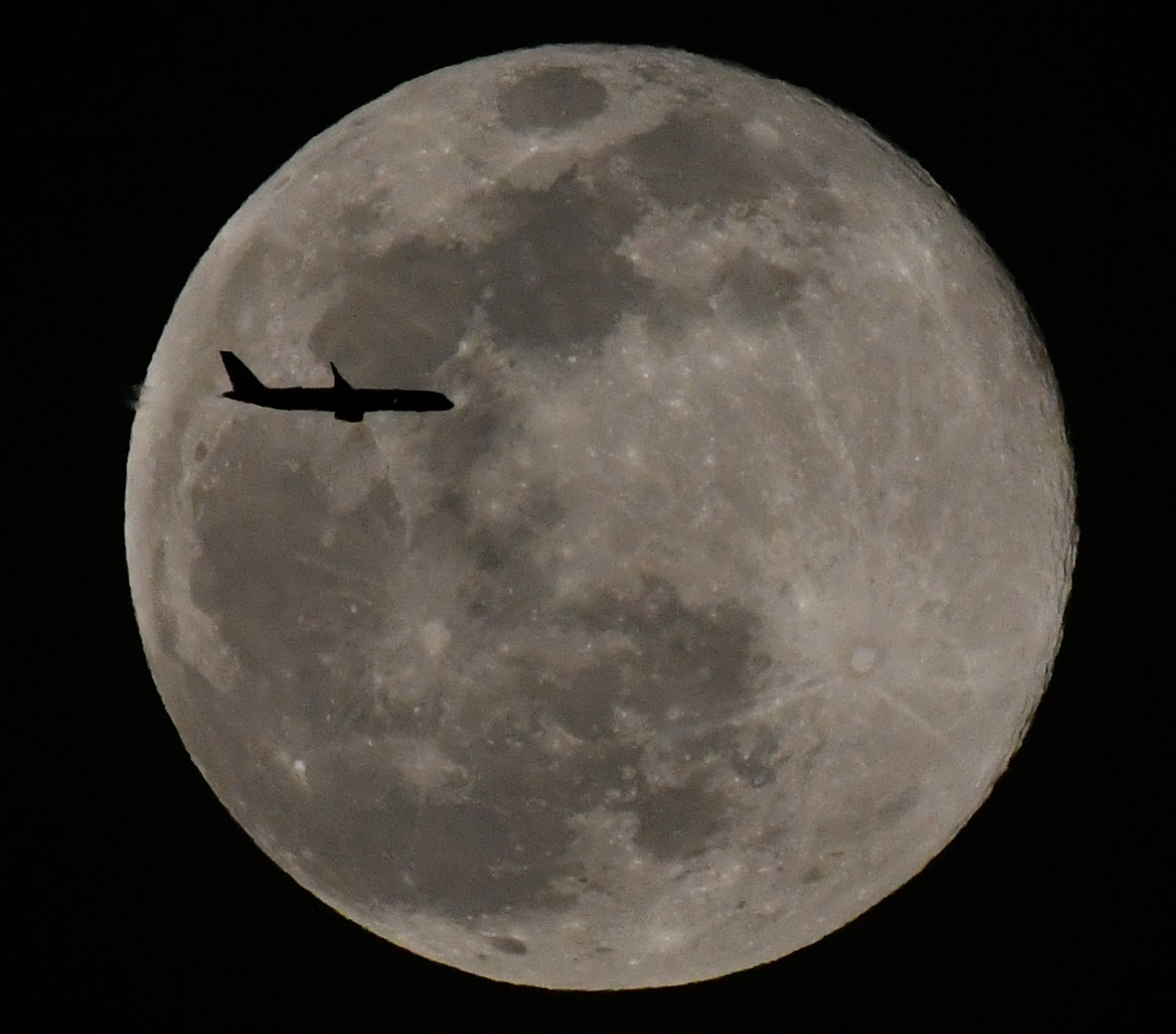 When the good-ole days of flying were just a few weeks ago
This post contains references to products from one or more of our advertisers. We may receive compensation when you click on links to those products. Terms apply to the offers listed on this page. For an explanation of our Advertising Policy, visit this page.

Planes flying overhead have always caught our attention. Big planes, small planes, props, jets, military or commercial -- the type doesn't matter. If one is within an earshot, we'll look up to spot it, watch it and be awed by it.

Both my wife and I had pilots for dads, along with two brothers and a brother-in-law. We like to fly. It was a rush the first time we felt the wheels go up and the same intrinsic excitement has accompanied each subsequent takeoff. We marvel at the technology, engineering and physics that go into making a flying machine. We don't take it for granted and it never becomes old hat. Flying miles above the earth is really something, isn't it?

We live about 30 miles north, northwest of Houston Intercontinental Airport (IAH) under a well-used flight path. This means our skies are frequently graced with passing aircraft. We have flown over our own home many times.

It's a habit of ours to acknowledge these planes as they come and go. It may just be visual, verbal or even just a silent awareness encouraging all aboard "to have a good flight."

The evening is one of our most enjoyable times to view the planes as the earth darkens and the air grows still and quiet.

We often go out during this twilight of the day and sit on the sidewalk. We've even been known to just lie on the concrete and just look up at the sky. During this time of the day, the blinking red and green wing lights of the aircraft generally catch your eye first, with the sound lagging a few seconds behind.

On busier nights, aircraft may fly over every couple of minutes, providing a steady stream of wonders to enjoy and contemplate. After their brief cameo, the planes fly on and the next lights eventually appear in this virtual, airborne highway.

We'll never forget how after 9/11 the skies were so noticeably absent of such sights and sounds. Then, almost two decades ago, the heavens above were eerily silent, heavy, different.

But eventually, the skies started to fill once again. And in the years since that fateful September day, the skies got busier than ever.

In the good-ole days of just a few weeks ago, we could imagine the passengers aboard the passing jet as they were beginning their journey from Houston to points beyond.

Pretty much every seat would be filled and occupants would unhesitatingly be rifling through the seatback holder to check out the menu, route map or spend a few minutes looking at the latest edition of the inflight destination magazine. Trays would be friendly devices awaiting to hold laptops, iPads, snacks and drinks. Overhead lights and vents would be automatically reached for and manipulated as per each individual's preference and need. Each flyer would create their nesting area and comfort zone for the duration of the flight.

There were typically no worries beyond occasional turbulence as the captain would offer from the flight deck to "just settle back and enjoy the flight."

We could look up from our vantage point and visualize the emotions that were likely present and the stories that were unfolding. Business professionals trying to get an early start on the next workday, or flying home trying to catch a child's performance at school.

We could see the various families excited about their trip to the mountains, to the beach, to Disney or the unique comforts and foods found only at grandma's house. There would be the starry-eyed young couple on their way to check out destinations and details for their upcoming wedding. There would be a quiet and solemn middle-aged couple flying home to say a final goodbye to a loved relative. Two uniformed service members, who could not hide their joy that they were headed home from a long deployment, would be thanked by many onboard for their service and (hopefully) even offered some first-class seats.

Life would be playing out on those crowded airships passing in the night. Normal, everyday life. Anticipation would be in Seat 3A. Anxiety had the window seat in 24F, located with a great view of the wing. Happiness and sadness were somehow seated next to each other in Row 31, seats D and E. Yes, real people and real emotions occupied those 150 seats

Last night as we looked up to check the comings and goings in the skies above, there were fewer flights to observe on our quiet street.

And the ones that did fly overhead conjured up far different images in our minds than those previously mentioned. We could only picture an aircraft partially filled. We mentally counted, at most, about 40 fliers who were scattered about the plane. Social distancing was in effect, and the only occupants seated close together were obviously related.

We could imagine that, even though they were fewer in number, it took an extended time for the ticket holders to take their seats and buckle up as most meticulously cleaned their seating area with disinfectant wipes. The tray, belt buckle, the window and seats were viewed as Petri dishes for the coronavirus and had to be wiped down. The seatback pocket and the air and light controls might as well have had "HAZARD" signs attached as they were completely off-limits. We envisioned that most passengers would not try to get comfortable in their seat, but would take on a posture and position like one would assume at a formal dinner.

It was not business as usual, it was just business.

A cough or sneeze would surely bring admonishments and unfriendly glances. No one could ignore or forget "the elephant in the room." The elephant was invisible, but its presence was unmistakable. Most of those inside that aircraft had likely considered canceling their plans to join with those hundred others whose seats were left so glaringly unoccupied.

We watched as the plane flew out of sound range, knowing that some on that trip had no choice but to fly. Others just bit the proverbial bullet and would take all available precautions and recommended safeguards but push forward. A small few might be of the mindset that life must go on, adventures await and the ticket price was just too low to pass up -- though that number has surely shrank in even just the last few days. But, we both agreed that everyone in the plane felt the elephant in the room. We could feel it from miles below.

As with a lot of what is happening right now in our shared world, we are saddened by our perceived images of the flights flying over us as we view from our sidewalk. We were scheduled to fly over that very sidewalk this coming Friday night on a big bucket list journey to chase the northern lights. We opted out and our seats are now unassigned, assuming the flights even go. Who knows if they will.

We remain positive and optimistic. We know this unsettled period will pass and that normal will return. It usually does. We look forward to that night when we head outside to watch the overflying aircraft with the realization that the seats are full, that the passengers are excited and there is no one thinking about any elephant in the room because that elephant is long gone down the dusty trail. You know, just like the good-ole days.

READ MORE: Visit this page for TPG’s full coverage of the coronavirus outbreak