Articles
Mike Arnot is the founder of Boarding Pass NYC, a New York-based travel brand and a marketing consultant to airlines. A private pilot, he can sometimes be found above the skies of New York City.
Follow
Nov. 30, 2018
•
8 min read 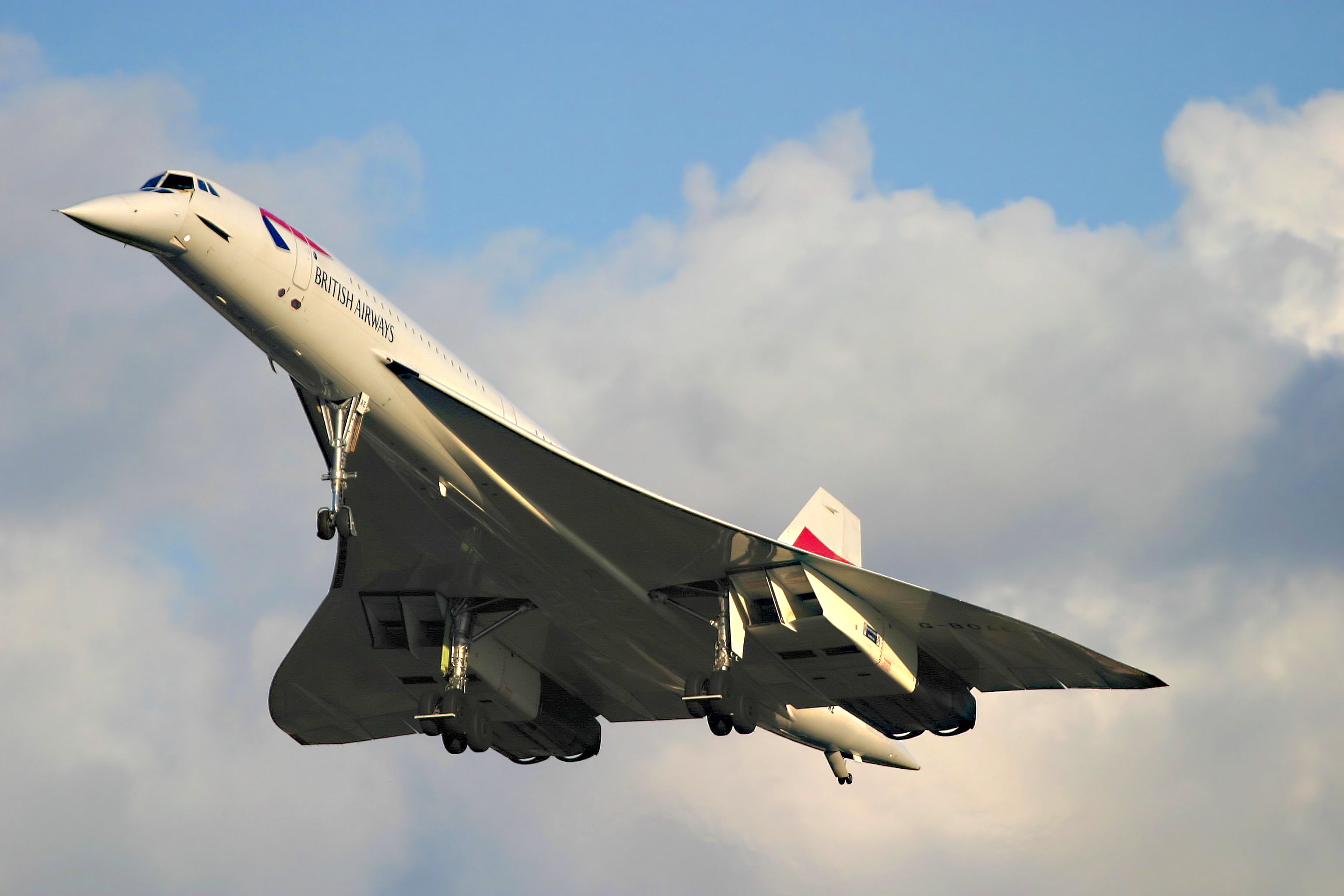 The Concorde is the stuff of aviation legend, yes — but also of rock and roll and show business legend. The story of how Phil Collins played a mega-concert on two continents on the same day is a classic example of how stars used the supersonic jet.

In 1985, a star-studded lineup of musicians played Live Aid in London and Philadelphia. The likes of U2, Freddie Mercury, Phil Collins and more played Wembley stadium; Madonna, Bob Dylan and Tom Petty headlined in Philadelphia, an ocean away. Collins wanted to play at both concerts, and the Concorde was the tool of choice. Collins played Wembley at 4pm, then left via helicopter to London Heathrow to meet the evening Concorde flight to New York. He landed at JFK, again boarded a helicopter, and played at JFK Stadium in Philadelphia.

The three-hour flight minus the five-hour time zone difference between the UK and the East Coast meant Collins landed in New York two hours before leaving London. Only the Concorde — part regularly scheduled airliner and part exclusive shuttle to stars, business leaders and politicians — could have made this possible.

Phil Collins could not do this today. The Concorde was taken out of service in 2003, and currently the only supersonic airplanes in the world are jet fighters and bombers.

The main operators of the Concorde were British Airways and Air France, each with seven aircraft. Where else did they fly the Concorde?

British Airways from LHR to JFK: The Classic Route

BA operated Concorde on flights BA 001 and BA 002 to and from New York's JFK, departing in the morning. The flights were timed to leave LHR at 10:30 am, arriving at 9:30am in New York, just in time for a meeting on Wall Street or in Midtown. BA 003/004, the Phil Collins flight, left in the evening.

But JFK wasn't the first destination for BA's Concordes. That honor rests with Washington's Dulles airport, which granted permission for the Concorde to land there. JFK delayed the arrival of Concorde service due to concerns about noise. BA also operated during the winter to Barbados (BGI), and there is a Concorde parked at Grantley Adams Airport. (I've toured her, but apparently the experience is currently closed.)

BA also operated scheduled services to Washington and Bahrain three times per week, Miami with a stopover in Washington, and to Toronto during the summer. Bahrain might not seem like a natural destination, but it was selected as a jumping-off point for BA flights further afield —a mini-hub — and eventually became a refueling point for BA and Singapore Airlines Concorde services, one of the first examples of code-sharing. More on that below.

Air France operated the "White Bird" on daily flights between Paris - Charles De Gaulle and JFK. The Paris flight departed at 10:30am local time, arriving in New York at 8:25am.

Air France brought the Concorde around the world, operating to Caracas, during the Venezuelan oil boom, as well as to Mexico City via Washington and to Rio de Janeiro. The Concorde had limited range compared to many subsonic airliners, and flying to Venezuela, Mexico and Brazil required refueling — in the Azores, Washington, and Dakar, Senegal, respectively.

The Kangaroo in the Room: Limited, Non-Scheduled Flights to Australia

The Concorde was a rare sight in Australia. First, the aircraft's range was limited without refueling, and refueling for a flight to Australia (twice!) would be an operational challenge. Second, its relatively limited seating, for only 100 passengers, would have made the flight cost-prohibitive for most people on such a long route. Both BA and Air France made demonstration flights to various destinations, including Perth, Sydney and Melbourne, but there were no regularly scheduled Concorde operations making the 11,000-mile route. Too bad, as the "Kangaroo Route" would be an obvious choice for a quick trip.

British Airways and Air France had regularly scheduled Concorde service, but each offered charter flights, often sold by tour operators. BA flew approximately 300 charters per year, according to Concorde enthusiasts. These Concorde flights were powerful marketing machines for BA and Air France, though not likely profitable.

Many such flights were around-the-world tours. The fastest was a 1992 Air France charter flight lasting 32 hours, 49 minutes and 3 seconds from Lisbon, Portugal with refueling at Santo Domingo, Acapulco, Honolulu, Guam, Bangkok and Bahrain on its return to LIS. The sun didn't set on the entire trip — the Concorde beat the sun.

Air France also got in the game, operating so-called "experience" flights, where the aircraft would take passengers up to experience supersonic flight over the Bay of Biscay. But many airports around the world were graced with the Concorde, ranging from St. John's, Newfoundland (for a whale-watching expedition in nearby St.Pierre and Miquelon) to Orlando (for the opening of the Epcot Center), northern Finland during the holidays (to meet Santa Claus) and in 1973, to view the solar eclipse (with special portholes in the top of the fuselage). Dictators were also known to charter a flight, as apparently was done by Congolese dictator Mobutu Sese Seko for shopping trips to Paris.

In 1977, British Airways operated a flight from Heathrow to Singapore via Bahrain, with half of the cabin crew from Singapore Airlines. This operation was intermittent due to air rights issues and horse trading with Malaysia denying overflight rights for more access to Heathrow. The service resumed in 1979 until late 1980. The port side of the aircraft was painted with Singapore Airlines' livery while the starboard side retained the BA livery. This aircraft is now parked at the Intrepid Sea, Air & Space Museum, where you can tour it. She sports the BA livery on both sides.

Similarly short-lived was Concorde's adventure with Braniff International Airways, which operated Concordes owned by BA or Air France in the US for a brief period in 1979 and 1980. The aircraft was used between Dallas - Fort Worth and Heathrow via Washington Dulles, operated by a Braniff crew certified to fly the aircraft. From Dallas to Dulles, it was restricted to subsonic travel — less than Mach 1, to avoid the sonic boom over populated areas — and operated by a Braniff cockpit and cabin crew. In Washington, either an Air France or BA crew would take over for the flight across the Atlantic. When the plane operated on the US portion of the flight, its registration was physically changed with temporary vinyl adhesive (according to a media report at the time) to a US registration. This was generally seen as a marketing promotion by Braniff, and the aircraft was never painted in Braniff colors. The airline was facing financial trouble then, and it went under in 1982.

Mike Arnot is the founder of Boarding Pass NYC, a New York-based travel brand, and a private pilot. He never had the chance to fly on the Concorde.