Articles
Ben Smithson is a senior writer for TPG UK. Originally from Australia, he is the primary points and miles writer for the U.K. site.
Follow
April 02, 2019
•
6 min read 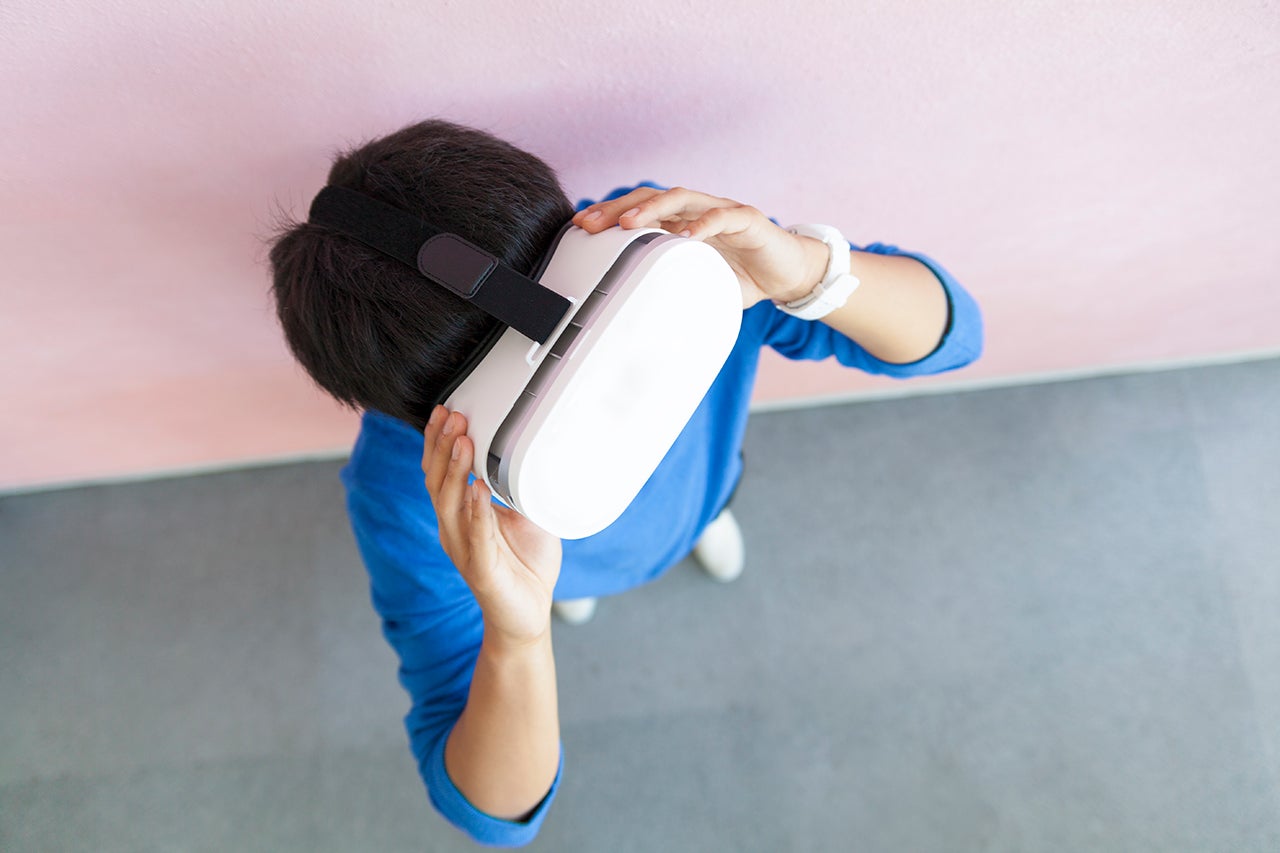 The future of airline travel was on display in Berlin last month as the travel industry showcased what's in store for travelers and the ways virtual reality (VR) might entertain passengers by enhancing their flight experience, or easing the discomfort of airline travel.

TPG was on hand to glimpse what's ahead at ITB Berlin, the annual travel industry exhibition that brings together more than 10,000 international exhibitors from all areas of the travel industry and dozens of major airlines.

... to other airlines like Qantas, which provided only a token presence at the trade show with a small sign, table, and a few chairs to promote their products and brand.

Traditionally, an airline promoting a new seat at a major travel event might build a physical mock-up of the actual seats for prospective passengers and trade professionals to sit in, try out, and experience.

United, for example, this year featured the new premium-economy seat.

But designing, transporting, erecting, and showcasing these physical seats -- as well as renting sizable expo floor space -- is expensive.

So a strong theme I observed at ITB this year was the adoption of virtual reality to showcase the airlines, their products and the potential for airlines to use VR as part of the onboard experience.

While VR technology is still relatively expensive, it can be cheaper than exhibiting physical products at the trade show to display more than a couple of rows of seating, an entire airplane cabin, or even a destination.

So how are airlines currently using this technology on the aircraft to improve passenger experiences? Will it replace traditional inflight entertainment anytime soon?

Iberia has already launched a six-month trial on flights between Madrid and New York City and Tel Aviv where Pico devices by manufacturer Inflight VR can be rented (for a small fee) by passengers to enhance the "inflight entertainment" beyond a traditional seatback screen, to provide 3D Red Sea dives, films and documentaries.

Alaska Airlines launched a trial of VR for first-class passengers developed by SkyLight on select Seattle-Boston and Boston-San Diego flights for a limited period last year with short films designed to make the passenger feel like they are in a private movie theater, rather than a cramped airplane.

Lufthansa successfully used VR in selling upgrades for flights at check-in when passengers were unsure if the additional cost would be worth it; they simply put on a VR headset for a short demonstration of the premium product.

Last year, First Airlines, a Japanese virtual travel company, provided a hybrid travel experience using a physical mock-up and virtual reality. The experience allowed customers in Japan to sit in airline seats nowhere near a plane while donning VR headsets to experience famous cities while simultaneously dining on inflight meals specific to the cities they were "experiencing" -- all without leaving the ground.

Airbnb also has considered using VR to allow guests to preview properties with VR before they choose which property to book.

Some promises of VR innovations haven't been successful. Google Glass was an expensive concept in 2014 that was a resounding commercial failure partly because of its price tag and partly because of privacy and safety concerns.

There are some unique challenges to using VR technology at 40,000 feet as a plane hurtles through the air, as opposed to stable and controlled on-the-ground conditions.

Turbulence during a flight is unpleasant enough, but imagine if you are on an imaginary roller coaster or "flying" over a waterfall in a VR environment and the plane starts unexpectedly shaking. The sick bag will be hard to find with a headset on!

For emergency situations, airlines must ensure all headsets can instantly be shut off so passengers are back to reality in time to comply with evacuation or other safety procedures.

What are the possibilities?

While current inflight VR experiments have focused on escapism from cramped plane cabins, VR could improve the best parts of the flight experience and "virtually" alleviate the worst.

For example, for passengers in economy, elements of first class could be incorporated into VR to make the passenger feel the spaciousness of a first-class suite. Or, the benefits could be as simple as providing a sense of ample legroom to trick the passenger into thinking there is more space than there actually is.

VR potentially could provide a window seat at both sides of every seat in the plane rather than a seat neighbor or aisle. The experience also could go a step further and provide a private jet-like experience to make the passenger feel like the only one on board.

To help offset technology costs, airlines could partner with travel providers to showcase products while passengers are traveling to their destinations. For example, if a passenger is flying to a beach destination, the inflight VR experience could showcase a snorkeling or diving experience with an option to purchase the tour before landing.

While developments and possibilities are exciting, the technology is still expensive and the VR experiences tailored to flight still have a way to go for passengers, airlines and travel providers. Physical seat-back screens and the cabling and under-seat "boxes" housing technology to provide them are also expensive, cumbersome and heavy, which increases fuel costs.

VR is a great opportunity for airlines to improve passenger experience by introducing travelers to their destination long before landing, mitigating some of the unpleasant aspects of flying, particularly in coach, and offering travel providers innovative ways to reach prospective customers.

There are no immediate plans for airlines to replace traditional inflight entertainment, given the advancements in both inflight movies and live TV, as well as BYO devices like smartphones, tablets and laptops with streaming capabilities. Still it is exciting to consider ways VR could help improve many uncomfortable elements of the flying experience.