The US Virgin Islands sees surge in tourism 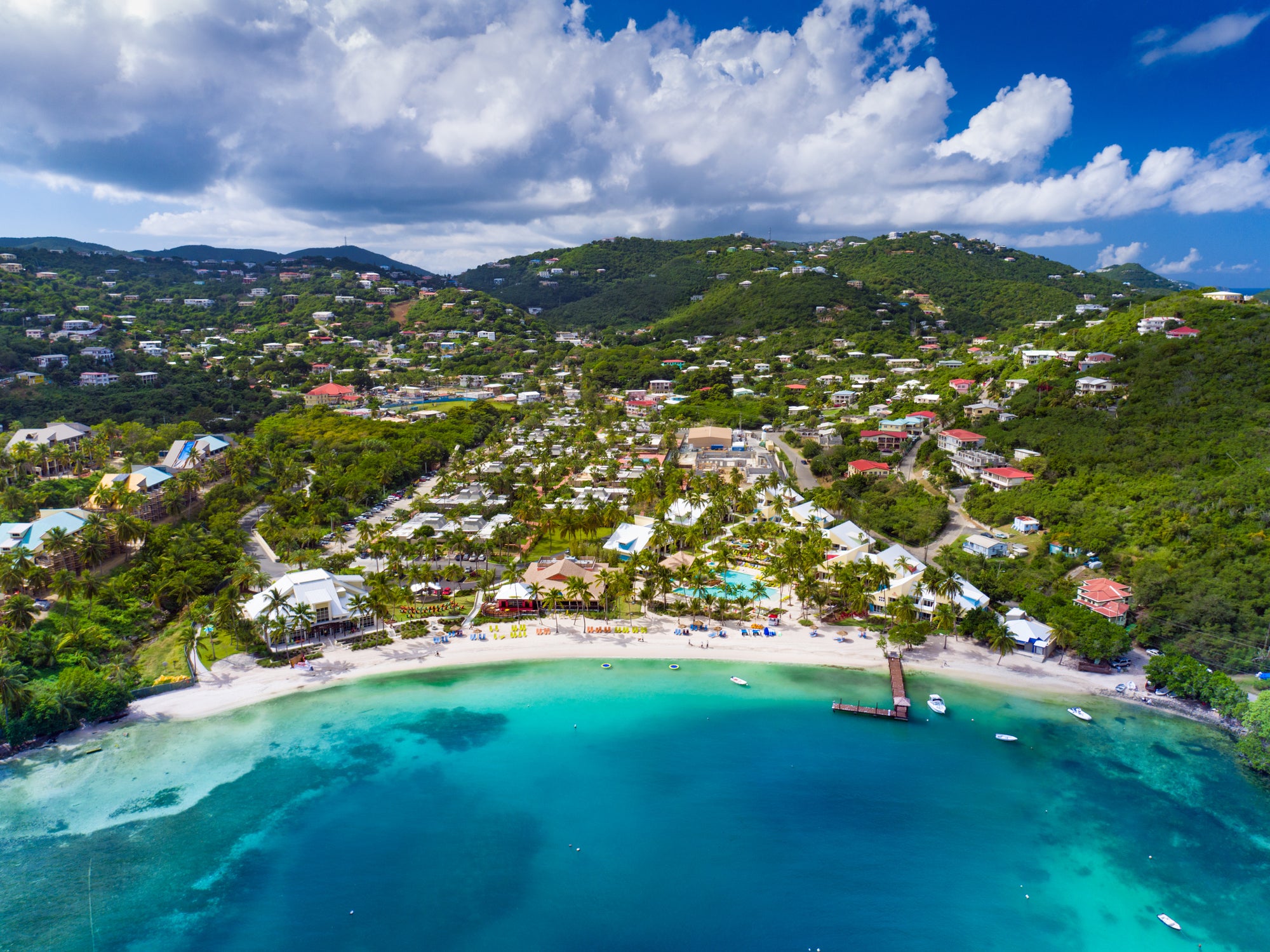 Later this year, the U.S. Virgin Islands will mark five years since back-to-back Category 5 hurricanes caused devastating damage throughout the territory. As the anniversary of Irma and Maria approaches, though, U.S. Virgin Islands tourism officials are celebrating what they view as a major (and perhaps unlikely) accomplishment: an unprecedented surge in visitors to its three islands of St. Thomas, St. John and St. Croix.

Far more visitors are flying to the islands than even prior to the COVID-19 pandemic. In fact, new data shows that in recent months, no U.S. state or territory has seen its air traffic rise at a higher rate when compared with some pre-pandemic periods. According to Transportation Security Administration numbers shared in a report this week by Airlines for America, an organization advocating on behalf of major U.S. airlines, U.S. Virgin Islands airport checkpoints received 14% more passengers in February 2022 compared to February 2019 – more than a year before COVID-19 caused mass shutdowns. That topped all other U.S. states and territories.

Joseph Boschulte, commissioner for the U.S. Virgin Islands Department of Tourism, told TPG in an interview this week that February was no fluke, either.

At a time when travel – especially overseas travel – is still rebounding from more than two years of disruption, leaders in the U.S. Virgin Islands believe they are on a path to success like they’ve never seen. It’s a trend from which they believe visitors will benefit.

Rebound from hurricanes and a pandemic

It’s safe to say the last five years have not been easy for those living in the U.S. Virgin Islands, particularly anyone who makes a living from tourism.

In a territory where tourism accounts for 60% of the gross domestic product, it’s been incredibly painful to go through two major disruptions.

First came the two hurricanes in 2017, from which Boschulte said the islands were “finally turning a corner” in early 2020, with the last of the islands’ major hotels damaged by the twin storms reopening. Then, COVID-19 forced the U.S. Virgin Islands to shut down for a couple of months and reopen in the summer of 2020, only to have a surge force another temporary shutdown later in the summer.

Since September 2020, though, the islands have remained open to tourists, and things have only improved during that time.

“We are rocking and rolling,” Boschulte told TPG. “Our numbers every day coming into the territory are very, very strong.”

'No passport necessary' has helped during the pandemic

The current tourism surge in the U.S. Virgin Islands is eclipsing not just pre-pandemic times, Boschulte said, but pre-hurricane, too.

How is this possible?

“I think we definitely benefited from the reality that we are a U.S. territory,” Boschulte said, noting that U.S. visitors do not need a passport to enter – presenting, if nothing else, one fewer psychological barrier to overseas travel during an unpredictable pandemic.

Boschulte told TPG that data from that same portal has made it easy for tourism officials to see that visitors to the islands have been returning – and in short order.

“That’s always a test,” he said. “If people come visit a first time and then decide within a short [window] to return.”

Considering the COVID-19 protocols the U.S. Virgin Islands still requires during the pandemic, the fact that visitors don’t need a passport can’t be the only reason the islands have seen surging tourism numbers, right?

During the pandemic, he said tourism officials on the islands have ramped up marketing efforts, making a targeted pitch to residents in the eastern U.S., who represent the vast majority of visitors to the territory.

With cruise traffic nonexistent in the U.S. Virgin Islands for about a year and a half during the pandemic, Boschulte said tourism officials in the territory spent much of the last couple of years appealing to potential U.S. travelers about the islands being open and safe – and then working with tourism sector companies on the islands to ensure promises of a safe visit are fulfilled.

In turn, he said local tourism industries have been pleased with the business they’ve gotten as they’ve pivoted from decades of serving a largely cruise-oriented clientele to focusing more on "overnight" guests.

Related: 9 amazing places to use points for a trip to the Caribbean

Boschulte said tourism officials in the U.S. Virgin Islands have also gone to great lengths to "stay in front of the airlines," keeping them abreast of COVID-19 data and protocol, in hopes of forging partnerships that will lead to more tourists making their way to the islands.

Even as the islands see record numbers of overnight guests, tourism leaders already have hope for what the future will bring. Boschulte said his staff is tracking a spike in business licenses being issued across the territory, which they interpret as a sign more investment is coming to the islands. It's investment he believes will ultimately lead to an improved experience for visitors.

That investment is also taking shape in the form of construction at large-scale resorts. Just this year, Marriott is expected to unveil a brand-new property and cut the ribbon on another following a multimillion-dollar rebuild.

The Noni Beach Resort – a new Marriott Autograph Collection property and the first such brand in the U.S. Virgin Islands – is slated to open this summer. The property includes 94 guest rooms, a beachfront infinity pool and swim-up bar.

Related: The best points hotels in the Caribbean

A word of caution regarding booking, though: What’s good for the local tourism industry in the U.S. Virgin Islands does not necessarily translate to cheap rates for visitors. Boschulte said properties on the islands have seen high occupancy rates even at more expensive points during the year.

“People are paying the highest rates to come, and they’re returning,” he said.

With no sign of occupancy rates dropping and only more hotel rooms coming to the U.S. Virgin Islands, there’s also another change happening: The cruise lull is ending. The territory is starting to see the number of daily visitors from cruises pick up, which will only mean more activity on the islands. Boschulte said those visitors will always be a part of the islands’ economy – with the U.S. Virgin Islands having served as an “anchor destination” for cruise ships for decades.

However, after close to five years that saw two devastating hurricanes and two-plus years of a global pandemic adding an unprecedented layer of unpredictability, Boschulte is clear on what he envisions as the future of travel to the U.S. Virgin Islands.

“We’re very hopeful that travelers – particularly U.S. travelers – recognize that the U.S.V.I. is a viable vacation destination,” he said.