US Airlines Are Getting Worse at Emitting CO2, Study Says 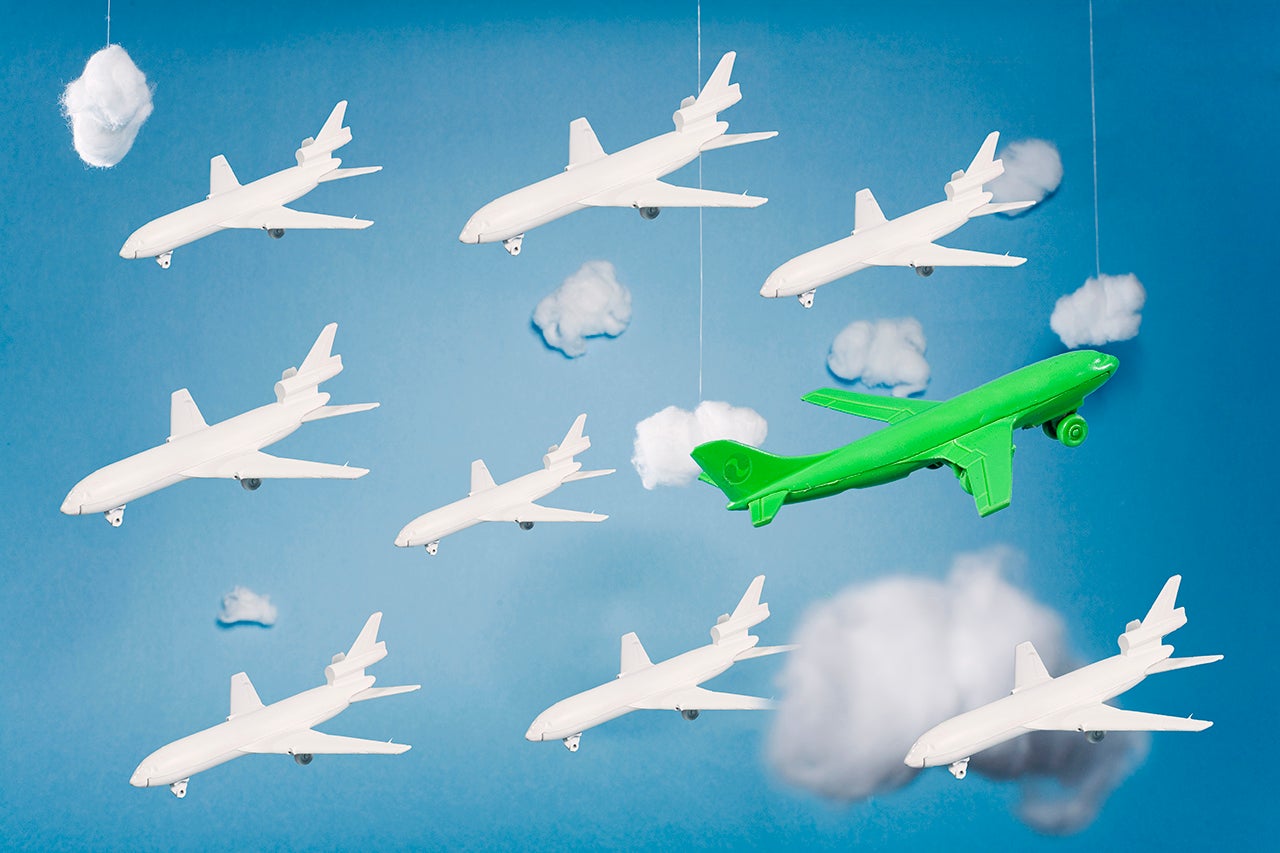 US Airlines Are Getting Worse at Emitting CO2, Study Says
This post contains references to products from one or more of our advertisers. We may receive compensation when you click on links to those products. Terms apply to the offers listed on this page. For an explanation of our Advertising Policy, visit this page.

Airlines around the globe are failing to significantly reduce their carbon emissions, a new environmental report shows.

US airlines in particular dropped several spots overall in a list of international airlines' CO2 emission, compared to 2017's numbers.

Aviation accounts for about 2% of the world's overall carbon dioxide emissions, according to the UN's International Civil Aviation Organization. CO2 directly contributes to global warming. According to the new study, from German environmental nonprofit organization Atmosfair, no airline in the world reached the top level of carbon emission reduction, dubbed "level A" in the report; just two carriers reached the second-highest level, "B," mainly because their fleets are fuel efficient and more environmentally friendly than some older gas guzzling commercial planes.

The levels of environmental efficiency range from A to G, with G being the worst possible ranking. There were a total of 125 airlines scored. Low-cost carriers were ranked separately, as their business models differ from mainstream carriers and "renders them not-comparable to other airlines" regarding carbon emissions, the study said.

"Airlines which achieve the best results are those using modern equipment, having high seating density and high rates of passenger occupancy and load utilization," Atmosfair said in its report, which was released on Monday. So even though increasingly cramped seating might frustrate you on flights, it could ultimately be better for the environment.

To tabulate the rankings, Atmosfair used data from ICAO to "calculate the CO2 per net load kilometer for each flight based on aircraft type, engine, seat and cargo capacity and load factor."

Taking the top spot as the most fuel efficient airline is the UK's TUI Airways. It snagged the highest ranking because it "flies consistently with highly efficient aircraft (e.g., B737-800)," the report says. "Seating reaches almost maximum capacity. Combined with very high occupancy rates, even compared to the previous year, TUI Airways scores winning points."

All US airlines' rankings got worse, as compared to last year's list.

Alaska Airlines was the only US carrier to crack the top 25 of the most climate-friendly airlines, tied with Shandong Airlines, Sichuan Airlines and Thai Airways International for No. 22 with a level C ranking. It dropped several spots from 2017's list, on which it scored the No. 14 spot.

Other US airlines fared even worse in the report. Delta Air Lines scored a level D ranking and clocked in at No. 45 on the overall list, falling from No. 41 last year. United also earned level D status, coming in at No. 50 on the list, likewise falling nine spots from last year's ranking of No. 41. Hawaiian Airlines fell one spot to No. 57 and a level D environmental tier.

It's also worth noting that the regional subsidiaries of all the major US carriers scored significantly worse across the board (Delta Connection and United Express scored Fs, Alaska Horizon got a D). This is likely because the aircraft operating on shorter regional routes are less fuel efficient.

American Airlines was the only US carrier to actually improve its CO2 pollution score, nabbing the No. 58 ranking in 2018's list, up from No. 66 in 2017 (though it was still in the level D tier). AA was able to move up eight slots due to "high occupancy on long-haul flights in combination with more efficient aircraft," the study says. AA has been phasing out its older and less fuel efficient MD-80s in favor of more fuel efficient planes, particularly the Airbus A320, Boeing B737-800 and B777.

Bringing up the rear of the mainstream carriers was South African Airlink at No. 125 and a level G ranking.

Among the low-cost carriers, US airlines Frontier, Southwest and Spirit received level C rankings, while JetBlue and Allegiant were placed in the D level. Budget airlines were not given a numerical rank.

Many of these airlines have so-called "carbon offset" programs that are said to decrease their carbon footprints — usually by a customer donation to a chosen environmental initiative that helps to reduce CO2 emissions.

Below are the top-10 most carbon-friendly airlines in the world.