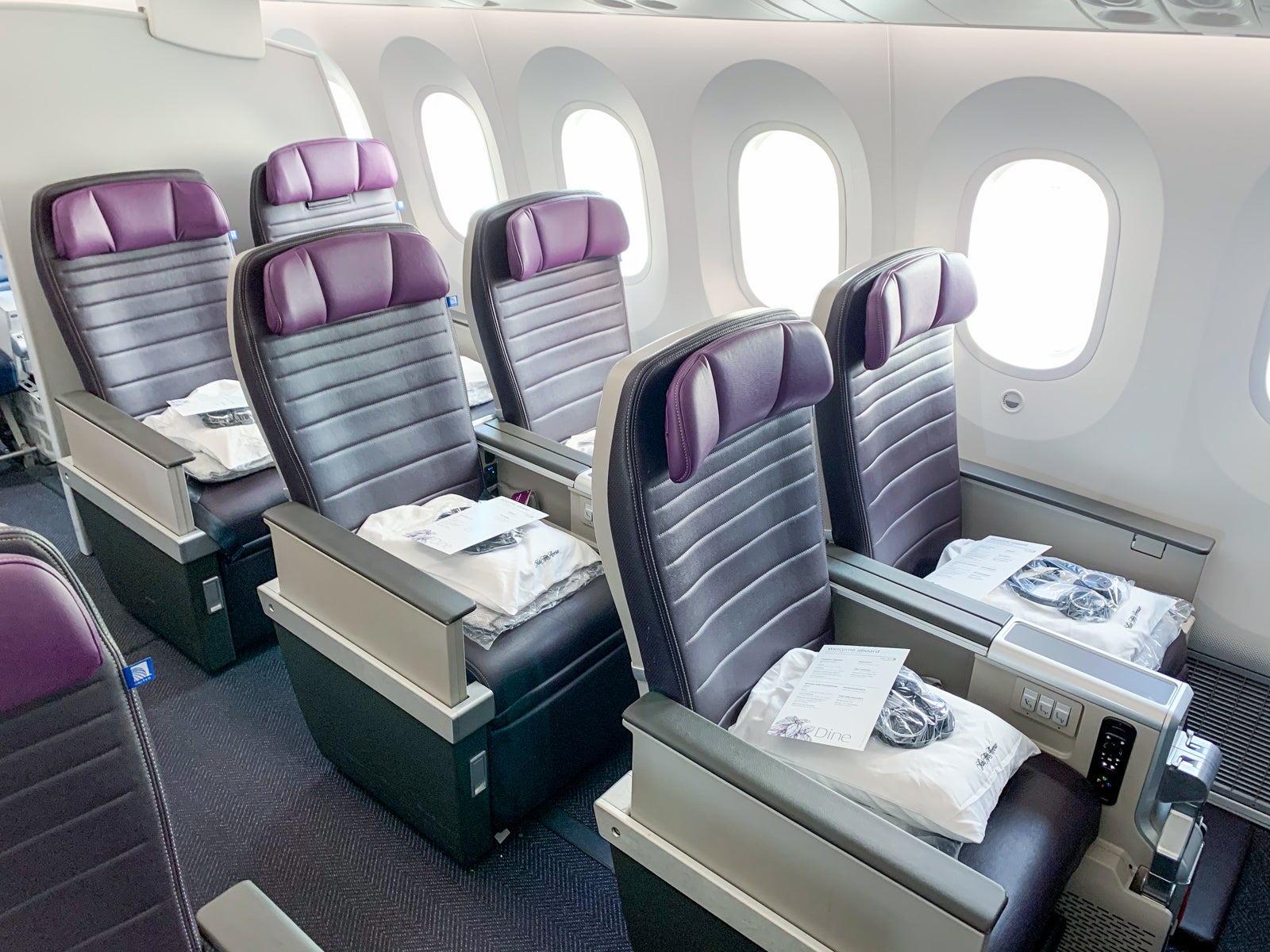 United Airlines is betting big on the future of premium economy.

The Chicago-based carrier revealed plans this week to outfit the rest of its international wide-body fleet with Premium Plus recliners.

Specifically, select Boeing 767-300 aircraft will soon receive a retrofit that'll install a premium economy cabin on these jets, as first reported by Live and Let's Fly.

TPG reached out to a United spokesperson who confirmed the news, with the full details available below.

Currently, United offers two configurations of the Boeing 767-300 aircraft — there's a premium-heavy "high-J" variant, along with the "standard" layout, the "76A," as it's called internally.

The "high-J" configuration was developed specifically for the most premium routes, such as Newark (EWR) and Chicago (ORD) to London Heathrow (LHR), where United could sell a ton of premium seats.

Of the airline's 38 Boeing 767-300s, 24 of them are in this premium-heavy configuration, with a whopping 46 Polaris business-class pods and 22 Premium Plus recliners, along with 43 extra-legroom Economy Plus seats and 56 standard coach ones.

As you can see, these jets don't (yet) feature a Premium Plus cabin. To date, the airline has flown this variant of the 767 on less premium routes, such as the newly launched Newark (EWR) to Palma de Mallorca (PMI) flight.

But with the latest move, United will add Premium Plus to the 14 Boeing 767-300s that don't currently feature it. Once the retrofits are completed, the updated 767-300, which will be referred to as the "76Q," will feature:

United expects the first reconfigured 767-300 to enter service in late fall, with the entire retrofit project completed by next spring.

Along with the premium economy retrofits, United will also add a new aisle at the front of the Polaris cabin to make it easier to get between each side of the cabin, along with new LED reading lights for all passengers.

Once the project is complete, the entire United long-haul wide-body fleet will feature a Premium Plus cabin. You'll find a full aircraft-by-aircraft breakdown at the bottom of this post.

The "purple seats," as they're affectionately called by regular United flyers, officially debuted on long-haul flights in 2019, on select Boeing 777-200, Boeing 777-300 and Boeing 787-10 Dreamliner aircraft.

Since then, the airline has been steadily rolling out more planes equipped with Premium Plus recliners.

This comes as premium economy has become an important revenue stream for the big U.S. airlines, especially Delta, which will soon bring the cabin to domestic flights for the first time.

The cabin, which sits between coach and business class, offers a more private experience than economy with some additional amenities that you might typically find in business class. The fares are usually a few hundred dollars more than what you'd find in coach.

For those looking for an upgraded experience without breaking the bank for business class, United's move should come as good news.

But, for Premier elites who like to sit in the Polaris cabin, it might be a different story. That's because United prioritizes business-class upgrades by cabin purchased. Those booking Premium Plus seats and then applying PlusPoints or waitlisting a mileage upgrade award will be prioritized above Premiers who booked in economy, regardless of status tier.

So, if an entry-level Premier Silver member purchased a Premium Plus ticket and waitlisted an upgrade to Polaris, that traveler would get upgraded before a top-tier Premier 1K who purchased an economy ticket.

To date, some savvy United flyers have specifically chosen to fly the "standard" 767-300 variant, since it didn't offer a Premium Plus cabin, thereby increasing the upgrade odds.

Once the jets get retrofitted, Premier members will need to purchase a more expensive Premium Plus ticket to maximize their chances of an upgrade.

As mentioned in the story, United splits its 38 Boeing 767-300ERs into two different layouts.

The premium-heavy "high-J" version already sports a Premium Plus cabin, while the 14 remaining "standard" 767-300s will be retrofitted with a 24-seat premium economy by next spring.

All 16 of these jets will receive the Polaris and Premium Plus retrofits by summer 2023. The first Boeing 767-400ER to receive these cabin upgrades is currently in the hangar and will enter service this fall.

All United Boeing 777-200s that operate long-haul international routes have already been updated with Premium Plus cabins.

The carrier has a subfleet of 777-200s that primarily serve domestic destinations, including Hawaii, and other short-haul markets. These planes have a very outdated 2-4-2 “dorm-style” business-class cabin, and there are no plans to upgrade these cabins with the Polaris or Premium Plus retrofits.

All 22 of United’s Boeing 777-300s are already outfitted with the Premium Plus cabin.

All 12 of United’s Boeing 787-8 Dreamliners have already been retrofitted with the Premium Plus cabin.

Thirty-four of United’s 38 Boeing 787-9 Dreamliners have already been retrofitted with Premium Plus cabins. The four remaining jets will be complete by the end of summer 2022.