A Flight Attendant Attacked Me on Twitter. Drama Ensued. 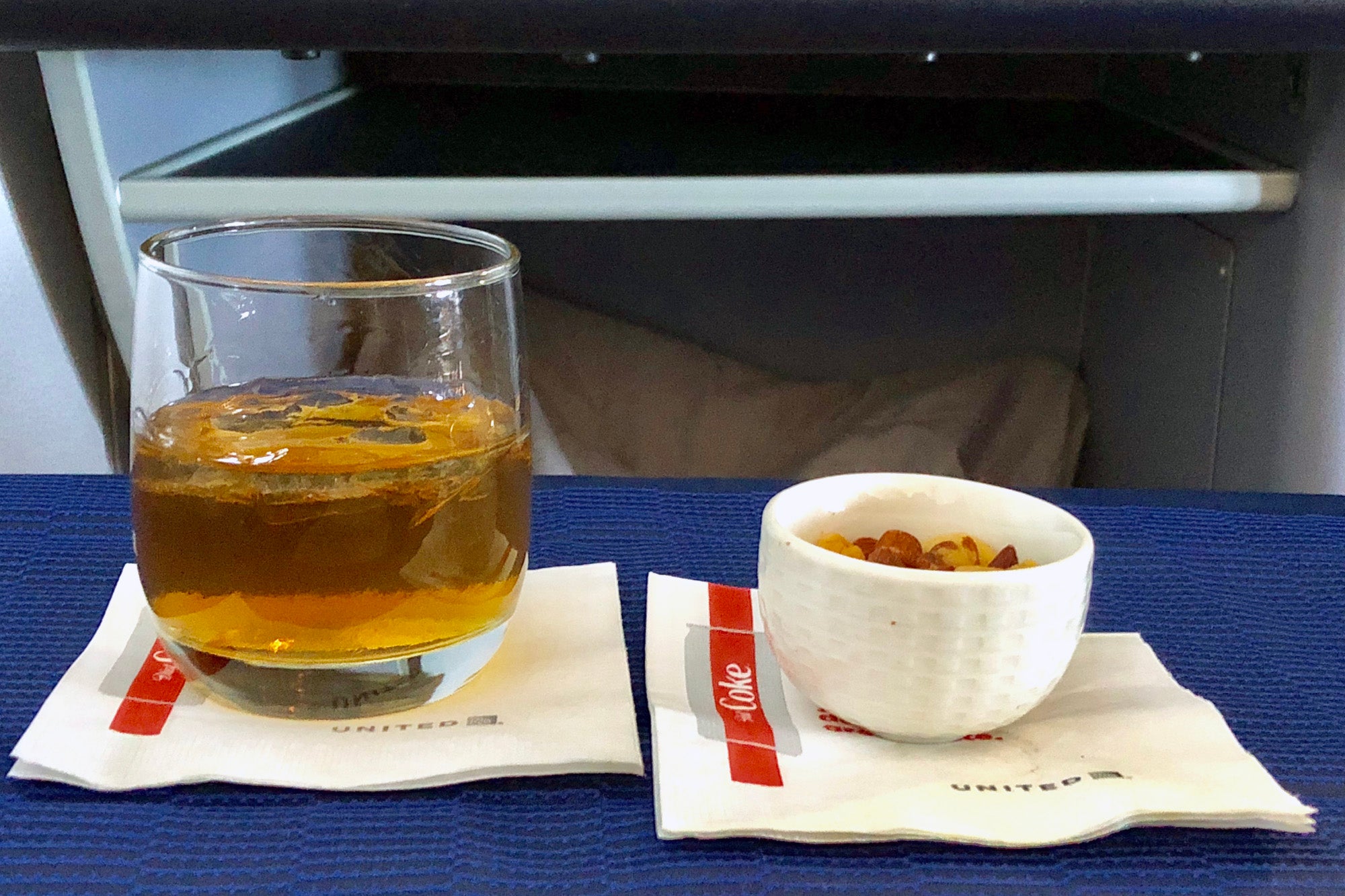 A Flight Attendant Attacked Me on Twitter. Drama Ensued.
This post contains references to products from one or more of our advertisers. We may receive compensation when you click on links to those products. Terms apply to the offers listed on this page. For an explanation of our Advertising Policy, visit this page.

Saturday afternoon, I flew United business class from San Francisco (SFO) to Newark (EWR). It was a personal trip, so I paid out of pocket. I managed to snag a reasonable one-way fare of $658 — not bad for the airline's lie-flat premium transcon biz class.

I returned my fun Mini Cooper convertible at National, hit up the Amex Centurion Lounge and eventually made my way to my 757 flight to Newark. After I settled into seat 1A, a flight attendant came by to take my pre-departure beverage order. Little did I know that my drink would turn into a mini-drama on social media that ended up on Fox News, brought a deluge of comments, and eventually convinced me to write this post to set the record straight.

I ordered United's advertised "drink special," a pre-mixed "On The Rocks" Old Fashioned with a candied orange peel skewer.

Except the flight attendant responded with "no" — as in "no you may not have an Old Fashioned." When I asked again, he held firm, saying "we don't have that." When I pointed it out on the menu, he finally relented, walking the three steps from Row 1 to the forward galley to check the cart.

Well, wouldn't you know... he found an Old Fashioned. But "just one," he was sure to point out. I figured that probably wasn't true, but I thanked him, snapped a picture of the menu and sent a tweet.

With more than six hours on this 757, including a 30-minute maintenance delay and an unusual route, I decided to take advantage of Twitter's new(ish) "thread" feature and continue sharing my experiences as they related to the service component of Saturday's flight. I posted about my attempt at ordering a second Old Fashioned. It went down similarly to the first, except this time my drink was served in a glass — since we were already in the air — instead of United's signature blue plastic cup.

That second drink was also missing a "candied orange peel skewer," the garnish United was highlighting on the menu. Turns out they were on the plane — another flight attendant just decided to keep them for herself, as I saw her eating them directly from the catering container.

Later in the nearly six-hour flight, I ordered a third Old Fashioned, this time specifically requesting the skewer.

There were some other service shortcomings, but all in all, it didn't seem like enough to justify publishing a post. Had I been reviewing this flight, I would have detailed the interactions in the review, but as I mentioned, this was just a routine personal flight. Twitter's a different story, however — I frequently share various tidbits that wouldn't warrant a full post on the site.

Usually that's where these passing anecdotes live, and quickly die. However, a United flight attendant — tweeting with the handle @gianna1809 — would not let it go. Her first tweet on the issue said that "United Airlines only boards 1 in each liquor cart. It's a new item so any complaints should be directed to the company. Crews don't get to decide what is catered aboard.."

I emailed United to ask how many drinks there were supposed to be, but what I got in return was a non-answer: "This item varies based on aircraft type and demand." On Twitter, I decided not to engage — in a public battle with an airline employee, nobody wins — but Gianna did not let down. Things escalated as she responded to each of my earlier tweets — she was focused not on the service shortcomings, but the fact that I had been consuming alcohol, at one point chiming in with: "Always the drunks causing the issues."

The "issues" I supposedly "caused" here would have been requesting an advertised beverage when a flight attendant specifically asked to take my order. And I was hardly drunk.

According to a spokesperson, "This is a flight attendant’s personal Twitter account. However, our expectation is that our flight attendants will treat our customers with respect whether that is inflight or online. We are reviewing the other concerns expressed."

Now It's a Story

It all seemed to have blown over, and then two days later, Gary Leff at View from the Wing decided to write a blog post, titled "United Flight Attendant Trashes Travel Blogger, Defends Trump Immigration Policy." I'm not sure what this whole situation has to do with politics, but it was Gary's headline to write. I could have done without him calling me "a bit of a United partisan," though — we divide up the TPG team into various focus areas, and United is one of my beats. As with everything else I write here, I just tell it as it is — and it isn't always good.

That said, I consider Gary to be a friend, so the only beef I have is that he didn't give me a heads up about the imminent post. His coverage led to an article on Fox News. Which, of course, led to Fox News readers chiming in with their own thoughts. Some make Gianna's commentary seem almost pedestrian.

While I'm certainly no stranger to anonymous online criticism, having worked as a journalist my entire career, this particular situation has led to an awful lot of name calling, ranging from "spoiled millennial brat" to "pathetic liberal snowflake." Those Fox News comments really are something else.

Tamer commenters pointed out that I was behaving like "a diva," and that I was being too nit-picky. Well, being nit-picky is my job. I pay close attention to small details, especially those that matter to many of you. We obsess over airlines and bring you the most detailed reviews. It's why you come to this site. And that's what we will continue to give you. After all, it's just, if you will, old-fashioned journalism.