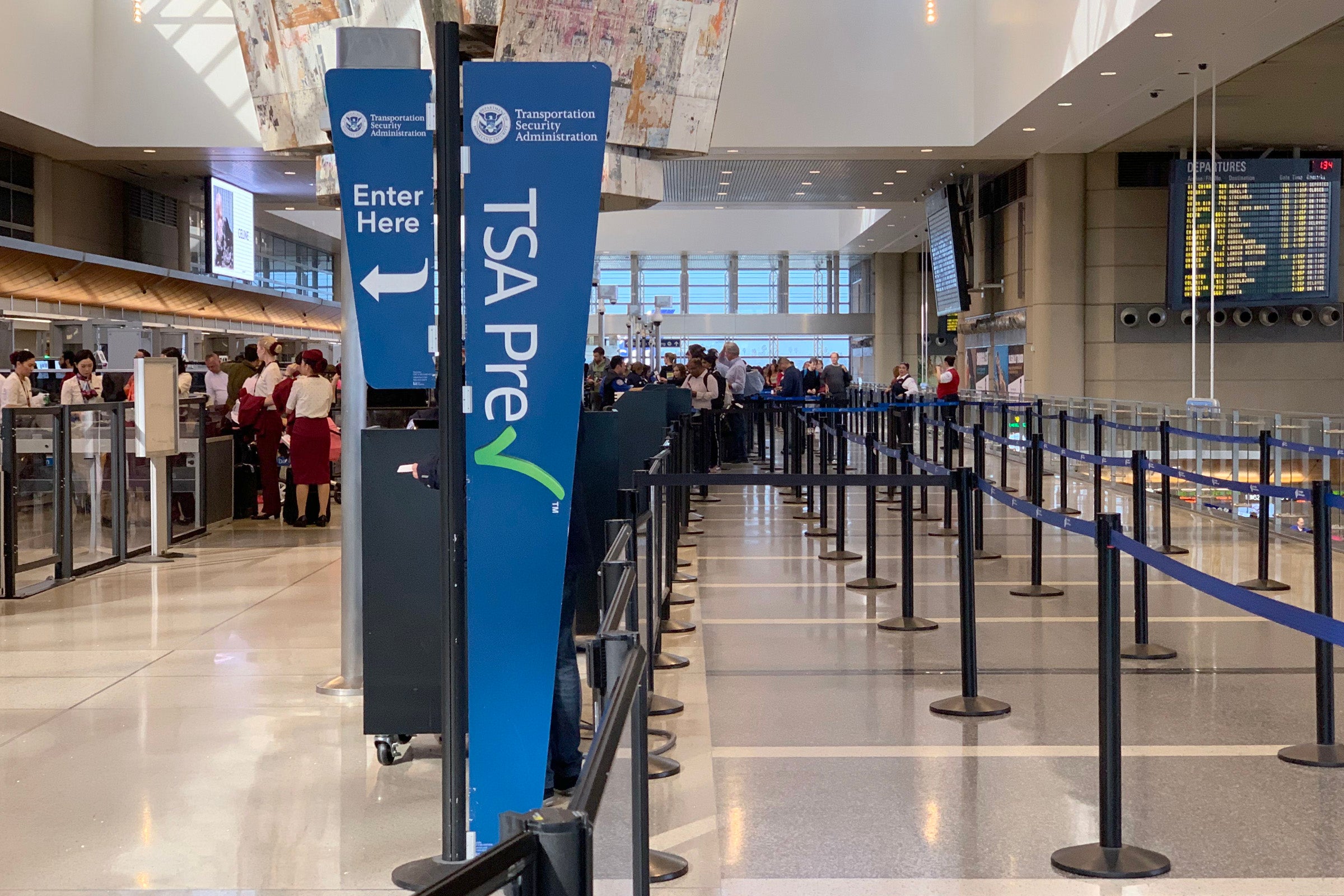 Think about the last time you went through a TSA PreCheck lane at your home airport. Did it seem any busier than it used to? The Transportation Security Administration has seen a huge surge in the number of travelers enrolled in its expedited security checkpoint screening program — through TSA PreCheck directly and through other programs like Global Entry. There are no signs of the trend slowing, either. In fact, the agency wants more travelers to enroll.

The numbers certainly stand out. At the beginning of 2022, there were 27.4 million known travelers in the system, the TSA told TPG. That number includes travelers enrolled in all U.S. Department of Homeland Security Trusted Traveler programs, the vast majority of whom are members of a program that provides them with TSA PreCheck access.

How do the current numbers compare to pre-pandemic times?

Still, the agency touts short wait times for TSA PreCheck members even in the midst of a summer travel surge. In June, 94% of TSA PreCheck passengers waited less than five minutes, the agency reports. Although some frequent travelers in our TPG Lounge on Facebook recalled recent cases where the expedited line appeared to be as long as the standard line, a majority reported they had not noticed any major shift in wait times.

“We have actually seen it improve despite the crazy summer,” Facebook user Jodie Charlop wrote in the group. A number of travelers noted they’ve seen TSA PreCheck lanes open with more regularity now that travel numbers have rebounded.

Personally, I have not waited more than two or three minutes in a TSA PreCheck line this whole year (save for one early morning at Charlotte Douglas International Airport (CLT) when my wife and I chose to wait 10 minutes for the TSA PreCheck lane to open so we wouldn’t have to navigate the standard lane).

The agency “continues to seek more enrollments” in the program, TSA officials told TPG. The fact that the agency is still building a base of known travelers makes sense when you consider the fact that the program itself launched less than a decade ago. Most importantly though, the TSA feels enrolling more members is a step toward safer flying.

“Growing the number of trusted travelers allows the TSA to focus its limited resources on unknown and high-risk travelers, making the overall security checkpoint more effective and efficient,” a TSA spokesperson told TPG this month.

In other words, you may end up with more passengers in the expedited lane with you. However, there will ultimately be fewer travelers across the board who have to remove their shoes and take out their laptops, which will speed up the screening process overall.

The agency also points to technology improvements aimed at expediting security screenings — some of which are beginning to roll out at certain airports across the country. For instance, TPG reported on how passengers at some U.S. airports — including Baltimore/Washington Thurgood Marshall International (BWI) and Phoenix Sky Harbor International (PHX) — can show digital state IDs loaded in their Apple Wallet apps instead of physical IDs at security checkpoints.

Meanwhile, the agency — as part of a partnership with American Airlines — recently began trying out a facial recognition program that allows registered flyers to avoid pulling out their boarding pass or identification. It’s a program, the TSA tells TPG, that could expand to other airports in the future, beginning with PHX, Miami International Airport (MIA) and Ronald Reagan Washington National Airport (DCA).

Of course, travelers who truly do not want to wait in line can pay for an even more premium line-skipping service, in the form of Clear; Clear allows paying members to verify their identities at biometric-scanning kiosks, before jumping to the front of the standard TSA line (or the front of the TSA PreCheck line if they’re also a member of that program).

What about enrollment waits?

While travelers looking to enroll in Global Entry have faced long wait times amid a backlog of applicants in recent years, the TSA points out that most of its members get approved with relative ease.

Now, it’s not the case for everyone — just ask TPG reporter Melissa Klurman, who had a months-long struggle to renew her enrollment. Still, the agency says most of its applicants complete the enrollment process within 10 minutes, and receive approval within a matter of days.

It certainly seems to be a faster process than what many prospective Global Entry members experience when trying to schedule an interview appointment; however, Customs and Border Protection is always quick to remind travelers that once conditionally approved, they can complete an interview upon arrival from an international destination to finish the enrollment process.

Related: What happens if you accidentally let your Global Entry expire?

The number of TSA PreCheck members is on the rise, with millions more than before the pandemic.

While frequent travelers may groan at the notion of more fellow passengers in the expedited security checkpoint lane, the TSA sees this as a critical way to improve safety and ensure security screening efficiency.

The TSA told TPG the agency does not have a target for the number of travelers it would ultimately like to be enrolled in the program, but the goal is “maximized potential.”

Featured image by (Photo by Zach Honig/The Points Guy)
Editorial disclaimer: Opinions expressed here are the author’s alone, not those of any bank, credit card issuer, airline or hotel chain, and have not been reviewed, approved or otherwise endorsed by any of these entities.