Articles
Zach Griff is a senior reporter at TPG. He writes travel and product reviews, deep dives into loyalty programs, news about the airline industry and more.
Follow
May 25, 2022
•
5 min read 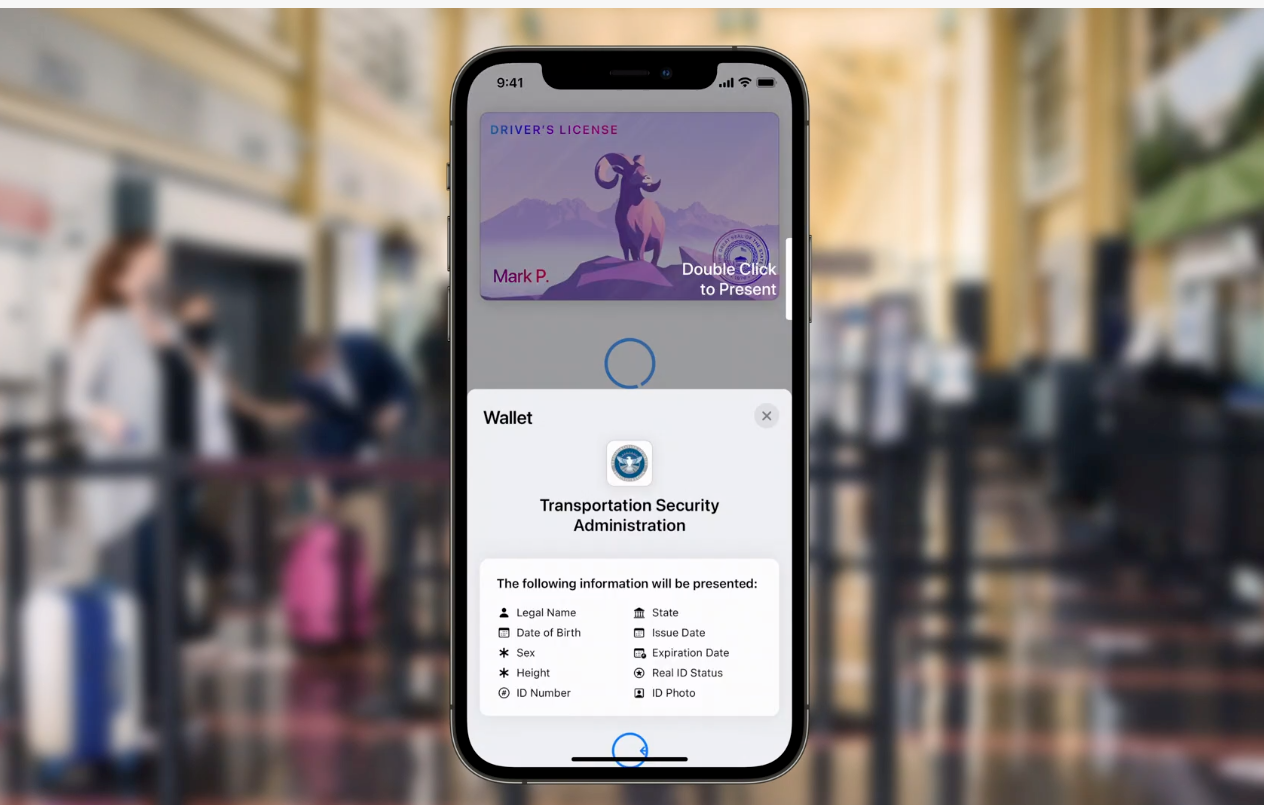 The days of fumbling around for your driver’s license at the security checkpoint are slowly coming to an end.

Apple has officially launched digital state IDs in the iPhone Wallet app, beginning with those issued by the states of Arizona and Maryland.

This move is the first of what’s shaping up to be a nationwide rollout, and we’ll break down the details below.

Adding a digital ID to your iPhone

To add a digital ID to your iPhone, open the Wallet app and click the “+” button at the top right corner. From there, you can select a “Driver’s License or State ID” and then follow the on-screen instructions to complete the setup and verification process.

Each state is responsible for the verification process, and you'll likely be required to complete a series of facial and head movements during the setup process to confirm your identity.

Once the state has accepted your submission, a digital ID will be created and stored on your iPhone. You can also add the ID to your Apple Watch for easier access when you’re on the go.

Note that you’ll need an iPhone 8 or newer (running iOS 15.4 or later), or an Apple Watch Series 4 or later (running WatchOS 8.4 or later) to add a digital ID to your device.

Your personal information won’t be shared with Apple during the setup process, and for added privacy, you won’t even be able to take a screenshot of your digital ID.

Once your state ID is stored in your iPhone, you’ll be able to present it at supported TSA checkpoints nationwide.

The process starts when you get to the front of the security line. You’ll be asked to tap your iPhone near the identity reader. Your iPhone will then prompt you to either perform a Touch ID or Face ID scan and confirm that you’re comfortable sharing your identity information with the TSA.

After authenticating on your iPhone, the identity reader will take your picture to confirm it matches the one on your ID. Then, you'll be on your way.

You’ll never need to show or hand over your device to the TSA agent — everything is processed digitally and is touch-free.

Note that the TSA says all travelers must continue to carry their physical driver’s license, identification card or other acceptable ID (and have it readily available) when passing through the airport. A physical ID may be required by the TSA officer to complete verification.

Apple’s new digital ID is rolling out with a couple of states already supporting the new feature, as listed below:

The tech giant is actively working with many other states to enable the technology as well. To date, Apple has confirmed that the following states and territories will offer digital ID in the coming weeks and months.

Hopefully, this list will expand to include more states in the future.

The tech giant first unveiled the new capability during its developer conference in June of 2021, and I’ve been eager to check it out ever since. While the initial launch is limited to Arizona and Maryland, the technology will soon be enabled in many more states.

Apple’s digital IDs are definitely more convenient than searching through your bag for your physical card, but it’ll still require a few steps at the airport identity reader. You’ll need to authenticate your device and take a photo, which will undoubtedly take some time. (Clear members who have access to digital IDs will likely still want to use the dedicated Clear lane for priority security access.)

Digital IDs are just the latest enhancement to come to the iPhone wallet app. Last year, the tech giant added support for digital vaccine cards, and it also partnered with Hyatt to debut digital room keys that allow you to skip the check-in desk.