What You Need to Know About Flying With CBD Right Now 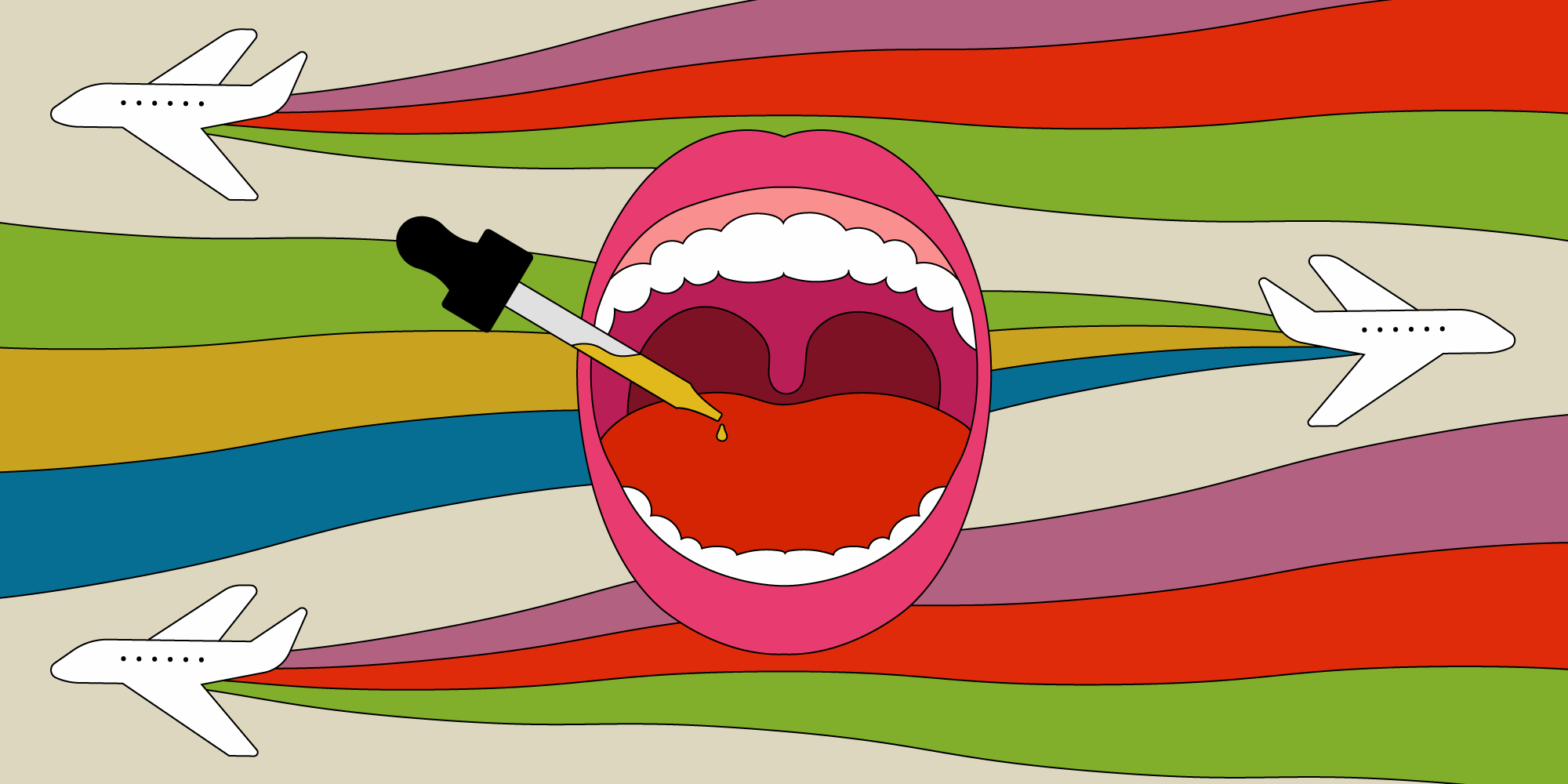 Over the weekend, the Transportation Security Administration (TSA) clarified its policies surrounding medical products containing CBD. Now, according to the Huffington Post, FDA-approved medications containing cannabidiol, or CBD, and hemp-derived CBD products are allowed in both carry-on and checked bags.

It's the latest regulatory change that makes flying with marijuana and CBD products somehow even more confusing.

In December 2018, the Farm Bill made it federally legal to produce, purchase and use cannabidiol, or CBD, under certain requirements and regulations, namely if it is derived from hemp. But recent arrests at Dallas-Fort Worth International (DFW) proved that the rules about traveling with CBD remain unclear.

As states across the country continue to legalize marijuana, a new industry is growing. In addition to luxury pot tours and dispensaries, CBD-infused coffees, burgers with CBD aioli and CBD tinctures are appearing at restaurants, cafes and health food stores with dizzying speed — often in states where marijuana is still illegal. Some companies are even offering topical creams, bath bombs and other relaxation and pain-relief products with CBD.

According to Chelsie Spencer, a Texas-based attorney for Ritter Spencer PLLC who specializes in cannabis-related law, the growth in CBD’s popularity is not slated to slow down any time soon.

“The US CBD market growth-rate projections are phenomenally high,” Spencer told The Points Guy in an email. “So I expect to see continued rapid growth of the industry.”

But in order to understand the legality of your CBD products and whether you can travel with them, the first question must ask is, where did they come from?

While many use the terms “cannabis,” “hemp” and “marijuana” interchangeably, they are actually very different. Cannabis is the classification of a plant that can be broken down into three main types: indica, sativa and ruderalis — with indica and sativa being the most well-known. While marijuana can be a member of either cannabis indica or cannabis sativa, hemp can only be a member of cannabis sativa. To the trained eye, the marijuana and hemp plants have very distinct properties.

Chemically, both plants contain tetrahydrocannabinol (THC) — an intoxicating compound that gets users “high” — and CBD, which is nonintoxicating and is said to have many medical benefits. But while marijuana can sometimes contain upwards of 40% THC, hemp often contains 0.3% or less — not nearly enough to get a user high.

The Legality of CBD

This is where things begin to get, somehow, even more hazy. Hemp-derived CBD containing no more than 0.3% THC and produced under certain regulations is federally legal, as per the 2018 Farm Bill passed in December. The Bill amended the Controlled Substances Act to exempt hemp from “THC” and “marijuana,” so long as it was sourced following the new regulations.

But the origins of a specific product and its THC levels can be difficult to trace, and many states are reluctant to legalize CBD. In Texas, for example, CBD with a THC level greater than 0.0% remains illegal unless a recommendation has been made by a qualifying doctor to treat epilepsy. In this case, a patient could be prescribed a product containing no more than 0.5% THC.

The Food and Drug Administration (FDA) added an additional level of restriction to the legality of CBD. According to the FDA, CBD can not be added to food, beverages or cosmetic products or sold as a supplement, regardless of its origin. Many states — even some where marijuana products are legal for recreational use, like Maine — have decided to play it safe by banning CBD as a food additive.

Basically, CBD is legal on a federal level only if it contains less than the permitted amount of THC; was produced under certain regulations; and is not being sold as a food, drink or cosmetic additive or as a dietary supplement.

CBD's complex legality is the result of swiftly shifting regulations and confusion surrounding the distinction between hemp and marijuana. And, as a result, there's often a disconnect amongst law enforcement officials.

A few Transportation Security Administration (TSA) representatives incorrectly told TPG in an email that “Possession of marijuana and cannabis-infused products, such as cannabidiol (CBD) oil, is illegal under federal law.” The representative went on to say that “TSA officers are required to report any suspected violations of law, including possession of marijuana and cannabis-infused products.”

Currently, there is no way for airport officials to differentiate whether a product was derived from marijuana or hemp.

“If the tested substance contains detectable amounts of THC, field testing will show a positive result for marijuana, which would likely lead to arrest,” Spencer told TPG in an email. “After the positive presumptive field test for marijuana, the substance may be sent to a laboratory for testing.”

The additional testing will determine the level of THC in the product and, consequently, whether or not it is federally legal. However, this testing can take months.

In certain states where CBD remains illegal under state law, Customs and Border Patrol (CBP) may refer cases to local and state officers. According to the federal agency, this is dependent on exactly what a passenger is carrying and where they are.

“As a law enforcement agency, CBP works closely with other law enforcement agencies,” a CBP spokesperson told TPG in an email. “If prosecution is not accepted at either the local, state [or federal level], travelers could face seizures, fines, penalties or could be denied entry.”

Due to the discrepancies between federal and state laws (not to mention the speed with which they're changing), it's probably just not worth traveling with any CBD products at this time. If you do so, be sure to familiarize yourself with laws of the states you're traveling to and from. It may also be helpful to contact the product’s producer to request a copy of the certificate of analysis — which shows the cannabinoid potency profile — for the products you intend to travel with.

If you're traveling with an FDA-approved drug containing CBD such as the pediatric anti-seizure medication Epidiolex, be sure to carry your prescription and any relevant documentation.

International travel with any cannabis-related products, whether marijuana or hemp, remains very risky due to strict regulations in some countries.

Many travelers mistakenly assume that federal law trumps state law. While this is a very complicated topic and different scenarios result in different outcomes, the bottom line is this: It doesn’t. In the case of CBD, states are permitted to implement more stringent regulations than those referenced in the 2018 Farm Bill.

If traveling in a state where local law deems CBD legal, there is no federal or local offense. But if local law deems it illegal, there is a risk of prosecution. According to Texas state law, possession of any cannabis product, including CBD, can result in a felony, a hefty fine and a minimum of 180 days in state prison.

In order to play it safe and avoid any legal charges — or at the very least, a delay while waiting for TSA to search your bag and consult the rule book — it may be worth leaving your CBD products at home.

But if you must travel with CBD products, such as FDA-approved medications, always carry a copy of the product’s certificate of analysis and be sure to familiarize yourself with the law of the specific states you will be traveling to and from.