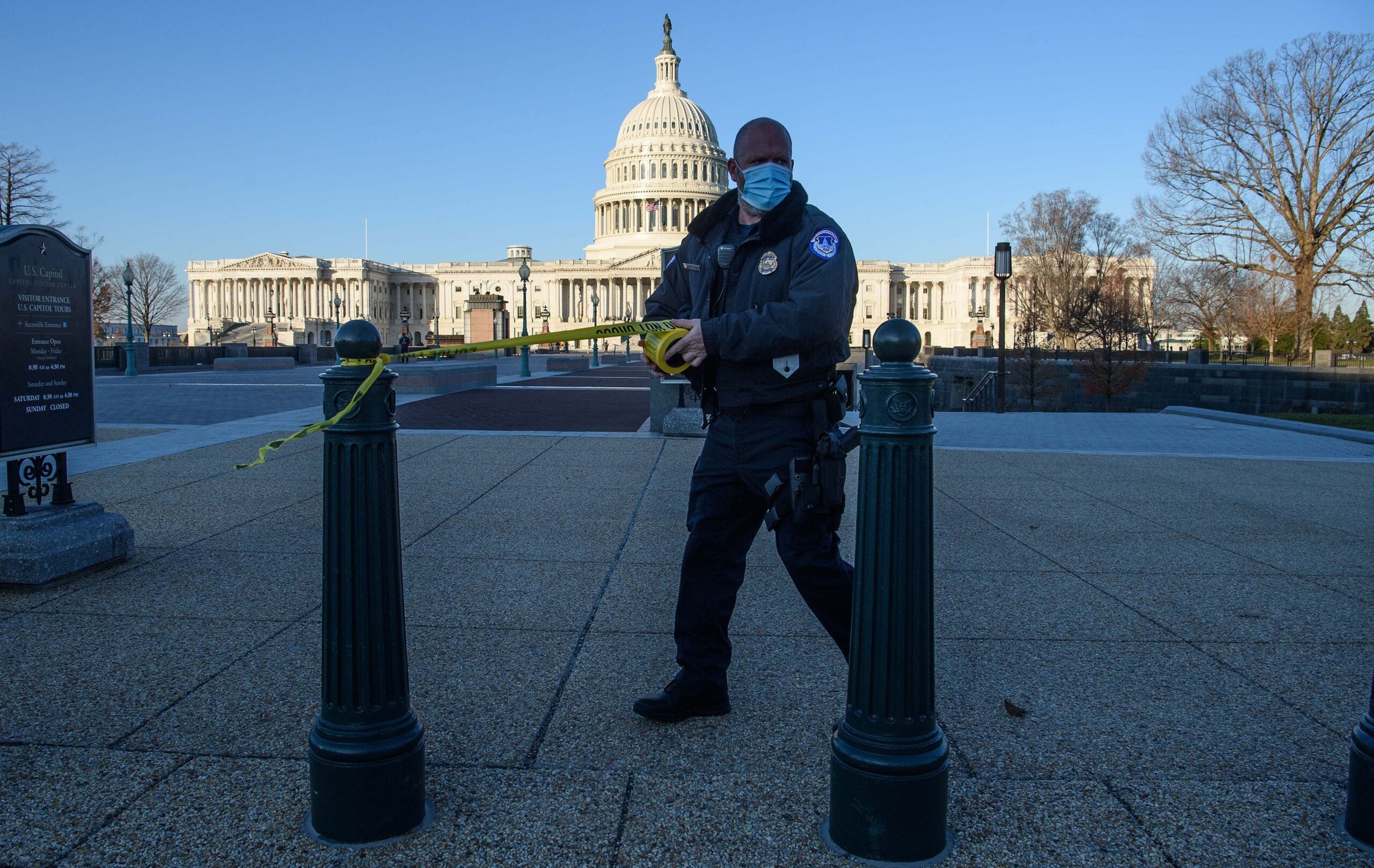 The deadly insurrection at the U.S. Capitol last week prompted soul searching throughout the country, including the travel industry.

Last week, a mob of protestors egged on by President Trump stormed the Capitol in an attempt to stop members of Congress from certifying the results of the presidential election. Now, businesses with ties to Congress members who voted to oppose the certification of President-elect Joe Biden’s win are, in some instances, distancing themselves.

Here's how the travel industry reacted to the Capitol insurrection.

Marriott International announced it would be “pausing” donations of Republican members who voted against certifying the election -- without saying when the donations would resume.

"We have taken the destructive events at the Capitol to undermine a legitimate and fair election into consideration and will be pausing political giving from our Political Action Committee to those who voted against [the] certification of the election,” a Marriott spokesperson told Popular Information, which first reported the news.

In 2020, Marriott International gave nearly $200,000 to politicians, split almost equally between Republicans and Democrats, according to Open Secrets — a website that tracks political donations. That same year, JPMorgan Chase & Co. gave more than $237,000 to Democrats and $324,000 to Republicans.

Hilton Hotels & Resorts said it had suspended its PAC in March 2020 as a result of the pandemic but said it would keep it suspended "as a direct result of recent events." Hilton donated to the campaigns of several congress members who voted against certification, including Rep. Kevin McCarthy (R-Calif.) and Sen. Josh Hawley (R-Mo.)

Airbnb, Inc. condemned the violence at the Capitol and said that it would "withhold support" from members of Congress who voted against the certification of the presidential election results.

The American Express Company’s AXP Political Action Committee (PAC) said on Monday it had previously made contributions to 22 of the 139 U.S. House of Representative members who voted in favor of the objections.

“Last week’s attempts by some congressional members to subvert the presidential election results and disrupt the peaceful transition of power do not align with our American Express Blue Box values,” American Express said in a statement on Monday. “Therefore, the AXP PAC will not support them.”

The statement continued to say that the PAC has not contributed to senators who voted in favor of the objections to certain states’ Electoral College results.

JPMorgan Chase & Co. said it would stop donations to both parties for six months, according to Forbes, though no Democrats voted to oppose the win.

Citigroup Inc. also said it would pause donations "as the country goes through the Presidential transition" for three months.

Delta Air Lines told Popular Information it would review contributions but didn't outright say whether it would pause or discontinue them.

"Previous contributions do not mean DeltaPAC will contribute to a candidate in the future," the airline said. "Our PAC has robust processes for reviewing candidates before every contribution to ensure they align with both Delta’s position on priority aviation and business issues, and importantly, our values."

American Airlines said it would pause donations for three months as a result of the Capitol siege.

In the past few years, corporate America has become much more politically and socially active. Major companies in the travel space, including United, Hyatt and American Express, have reacted to Black Lives Matter protests, climate change, LGBTQ issues and more. These companies have also been on the receiving end of criticism for inclusivity issues.

Companies that shy away from taking a stance may even be publicly shamed. Major hotel brands were criticized for not shutting their doors to rioters in Washington, D.C. last week, and Hyatt came under fire when a video went viral showing several people without masks in the lobby of the Grand Hyatt following the attack.

Just a few years ago, brands might have been more hesitant to take a stance on such issues. But now, companies proudly display black banners on their social media accounts. More than half of Republicans and Democrats say a company’s position on a social or political issue matters when deciding whether to buy a product. And there's something to gain for taking a stance publicly, as well: good publicity.

In many ways, major companies may wield more power than politicians or entire branches of government. Axios has called CEOs the "fourth branch of government," pointing out how they can sometimes act faster and more effectively.

"They have money, they have power and they have more of the public's trust than politicians," wrote Felix Salmon.

For instance, the Federal Aviation Association has been criticized for not instituting a federal mask mandate on flights. But airlines have been applauded for no-nonsense mask policies that include kicking non-compliant passengers off flights or banning them altogether.

According to a study by Edelman, 53% of people in eight countries, including the U.S., said companies should get involved in at least one social issue that does not directly affect their business. The same study also found that more than half of the respondents thought brands used societal issues as a "marketing ploy" to sell more products — but that doesn't mean companies can't use that influence to make meaningful changes.

Whether the pause in donations to Congressional candidates is permanent or a temporary result of the violence at the Capitol remains to be seen. Either way, it's clear that travel companies and financial institutions are paying attention.

Related stories
Here are the best Black Friday travel deals of 2022
Great deal: Book business class tickets at premium economy prices with this Avianca LifeMiles sale
Holiday gift guide: TPG’s 22 travel-friendly picks for 2022
Vail Resorts lift-ticket sales capped; buy your Epic Pass by Dec. 4
Featured image by AFP via Getty Images
Editorial disclaimer: Opinions expressed here are the author’s alone, not those of any bank, credit card issuer, airline or hotel chain, and have not been reviewed, approved or otherwise endorsed by any of these entities.