Articles
Ashley Kosciolek has spent more than a decade writing about travel, with particular emphasis on cruises. Her favorite cities include London; Amsterdam; Krakow, Poland; Phnom Penh, Cambodia; Dawson City, Yukon; and anywhere known for outstanding pizza and theater. You can follow her daily exploits, both at sea and on land, on Instagram or Twitter @slyjabroni.
Follow
May 12, 2021
•
5 min read 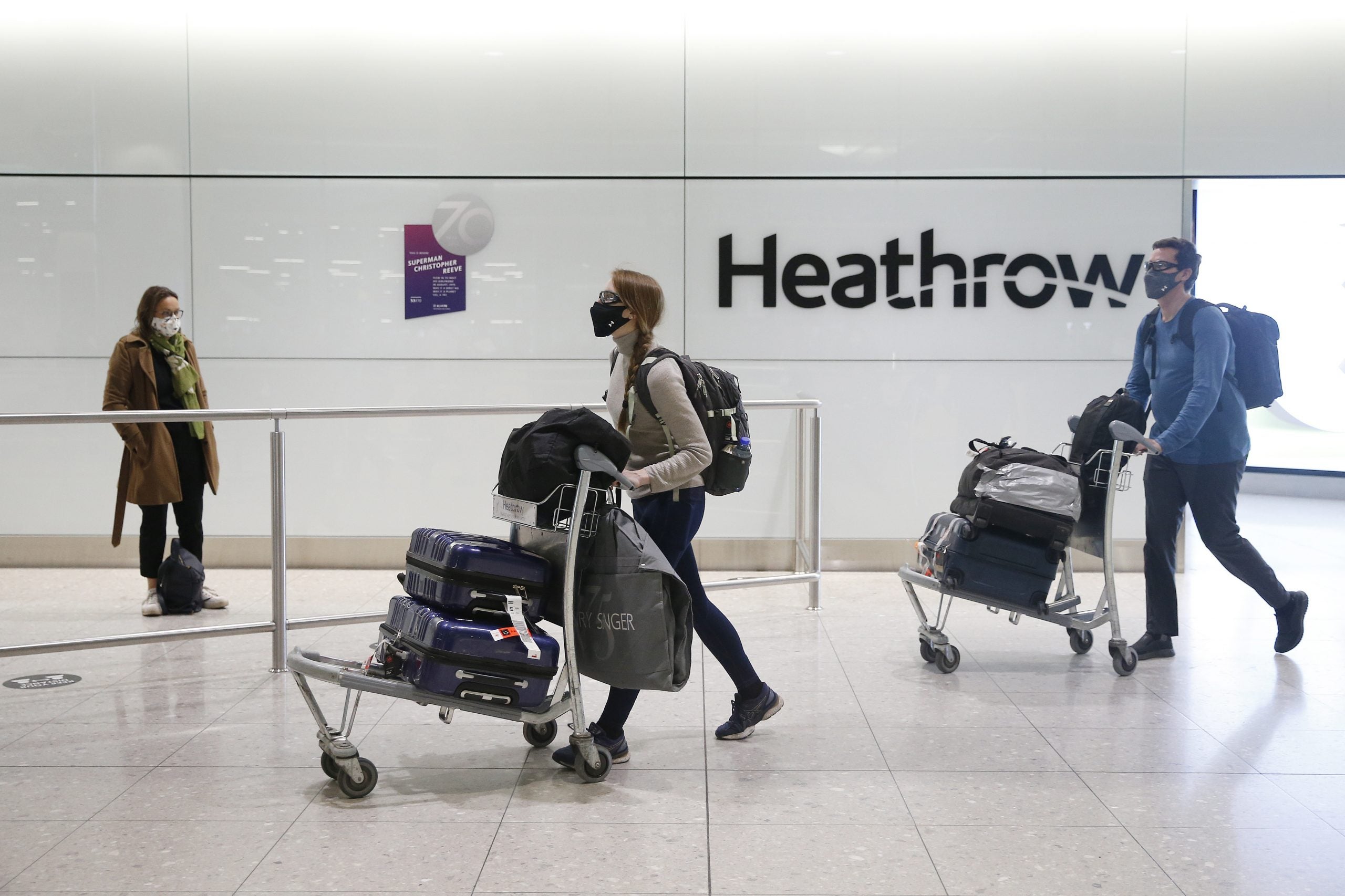 Executives from some of the United States' largest travel entities have urged U.S. President Joe Biden to open international travel to the U.K. and other low-risk countries.

In conjunction with the U.S. Travel Association (USTA) -- a nonprofit that represents the travel industry -- representatives from companies like Wyndham Hotels; United Airlines; Disney Parks, Experiences and Products; Expedia Group, Inc.; and Carnival Cruise Line asked for The President's help in a three-page letter.

"As leaders of America's travel and tourism industry, which has been the hardest hit sector of the economy, we respectfully urge your administration to seize this opportunity and quickly develop a roadmap to safely reopen international travel to the United States by this summer," the letter reads, noting that international travel is estimated to take as long as five years to recover if nothing is done.

The letter also implores The President to take three key steps to speed up the reopening process.

First, it recommends that Biden work with Prime Minister Boris Johnson to establish a public health corridor (PHC) between the U.S. and the U.K. this month. The USTA says that move alone could support as many as 300,000 jobs and bring more than $4 billion to the U.S. economy.

There has already been some slow progress regarding U.K. travel. On May 10, the U.S. State Department downgraded its U.K. travel warning level from Level 4 to Level 3 for Americans wishing to visit.

Dated May 11, the correspondence from the USTA to The President was issued just four days after the U.K. released its latest round of approved "green" (read: safest) countries. The U.S. was excluded from the list, meaning Americans traveling there -- even those who are fully vaccinated -- will still have to quarantine for 10 days upon arrival or submit to significant testing throughout their stay.

The letter's second request is the creation of a public-private task force -- something much of the cruise sector set up last summer in the form of the Healthy Sail Panel -- that could allow inbound travel from other low-risk nations as soon as July, using science and data, including vaccination rates, to determine risk.

Finally, the request asks Biden to use June's G7 summit, which will be held in the U.K., to gather support from other nations committed to restarting international travel.

"Prior to the pandemic, international inbound travel to the U.S. contributed $234 billion in export income to the U.S. economy, generated a trade surplus of $51 billion, and directly supported 1.2 million American jobs," the letter says. "However, the steep decline in travel in 2020 resulted in the loss of $150 billion in export income and 1.1 million jobs. If nothing is done to lift entry restrictions, the U.S. is projected to lose an additional $175 billion by the end of this year."

"We ... remain hopeful that all segments of America's travel industry can soon be safely restarted in order to contribute in significant ways to an overall recovery and bring the U.S. back together with the rest of the world," the letter states.

Executives who signed the letter include: