Time to Say Goodbye to the Only Russian Jet in North America?

Articles
Alberto Riva Alberto runs our flight reviews and oversees special projects across several verticals. Previously, he was the managing editor of Vice News and worked at Bloomberg and CNN, where he was constantly trying to convince people to do more stories about airplanes. He speaks Italian, French and Spanish and one day he’ll be better at German.
Follow
Sept. 14, 2018
•
4 min read 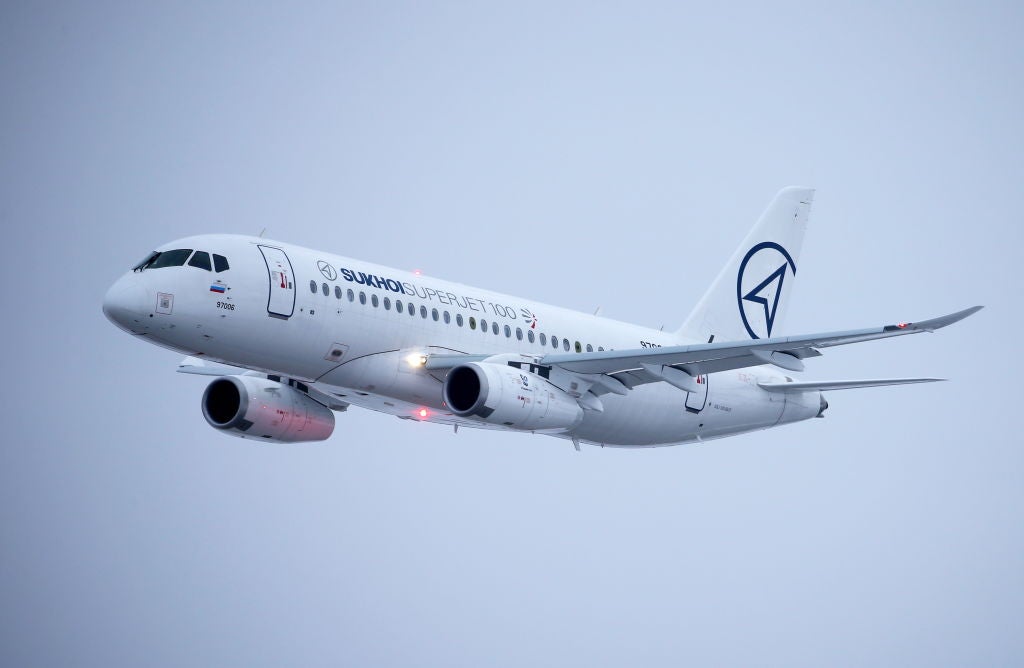 Time to Say Goodbye to the Only Russian Jet in North America?
This post contains references to products from one or more of our advertisers. We may receive compensation when you click on links to those products. Terms apply to the offers listed on this page. For an explanation of our Advertising Policy, visit this page.

Update, 9/15: After indicating that it would retire the Sukhoi Superjet, Interjet has backtracked, issuing a press release to say that "we will continue to operate this aircraft" -- and then issuing another statement indicating that at least some of the airplanes will be phased out.

There is only one Russian-made jet in commercial service in North America outside Cuba — and this rare bird is going to disappear soon. Mexico's low-fare airline Interjet is getting rid of the Sukhoi Superjet 100, a 100-seat airliner, after operating it for just five years. The airline had been forced to ground many of its Superjets because of mainternance issues, and even resorted to keeping some in the air by taking spare parts from those it grounded.

Now, industry magazine FlightGlobal reports that Interjet is close to a deal with the Russian manufacturer to sell back its Superjets, signaling the end of any current effort by the Russian aviation industry to enter the North American market.

The airplane, also known as SSJ100, has enjoyed some commercial success in its native land, but has been eclipsed abroad by rivals made by Canada's Bombardier and Brazil's Embraer. It's the only Russian-made plane currently flown by Russia's flag carrier Aeroflot, which began switching to a Western-made fleet after the collapse of the Soviet Union. But it has never been a big hit abroad. While cheaper than Western counterparts — by about 15% according to its maker — it does not have the support network that the established big players in commercial planemaking have. Spare parts are harder to come by, and time spent on the ground waiting for one to arrive is time when an airplane does not make money. According to FlightGlobal, Interjet was paid $40 million this year by Sukhoi as compensation for those issues.

All SSJ100s had been grounded in 2016 because of a metal fatigue issue, a decision that probably killed any chance the jet may have had of scoring big sales outside its home country. Still, Russia has a long tradition as a manufacturer of solid airplanes; the notoriously inferior safety record of Aeroflot during the Soviet era wasn't necessarily due to flaws in the hardware, but frequently to lax safety procedures. The only fatal accident involving an SSJ100, in Indonesia in 2012, happened because of glaring errors by the captain and air traffic controllers. But the perception that Russian airplanes aren't as safe as Western ones is hard to dispel, and the issue of spare parts is tough to overlook for an airline.

(We flew on an Interjet Superjet — sounds pretty swish, doesn't it? — from Cancun to Havana in 2015, and we liked it.)

Sukhoi itself is known more as a maker of military airplanes, especially fighters, including most of the Russian air force's contingent deployed to Syria. The SSJ100 is its only commercial product, and in fact is the current flagship of the Russian civilian airplane industry despite its small size. The larger Irkut MC-21, built to compete with Boeing and Airbus 150-seaters, is not in service yet.

With the impending exit of the Superjets, Interjet will fly an Airbus-only fleet, and the only way to fly a Russian plane in commercial service in North America will be to go to Cuba, where state airline Cubana flies an assortment of Ilyushins and Tupolevs. It also flies Antonov jets, made in Ukraine, which are currently grounded due to a shortage of spare parts made in Russia — not a good omen for Sukhoi or Irkut salespeople pitching their jets to airlines.

And if you really feel like you need to get some seat time in an SSJ100 soon before it becomes a relic, you can do so on Interjet's network, which includes several US destinations (although all routes to the US are flown by Airbuses, so you may need to get a bit creative to find a Superjet flight.) And of course there's always Aeroflot, on whose flights you'll also earn Delta Skymiles.