This Guy Wants to Bring Pogo Stick-Sharing to the World, and It's Not a Joke 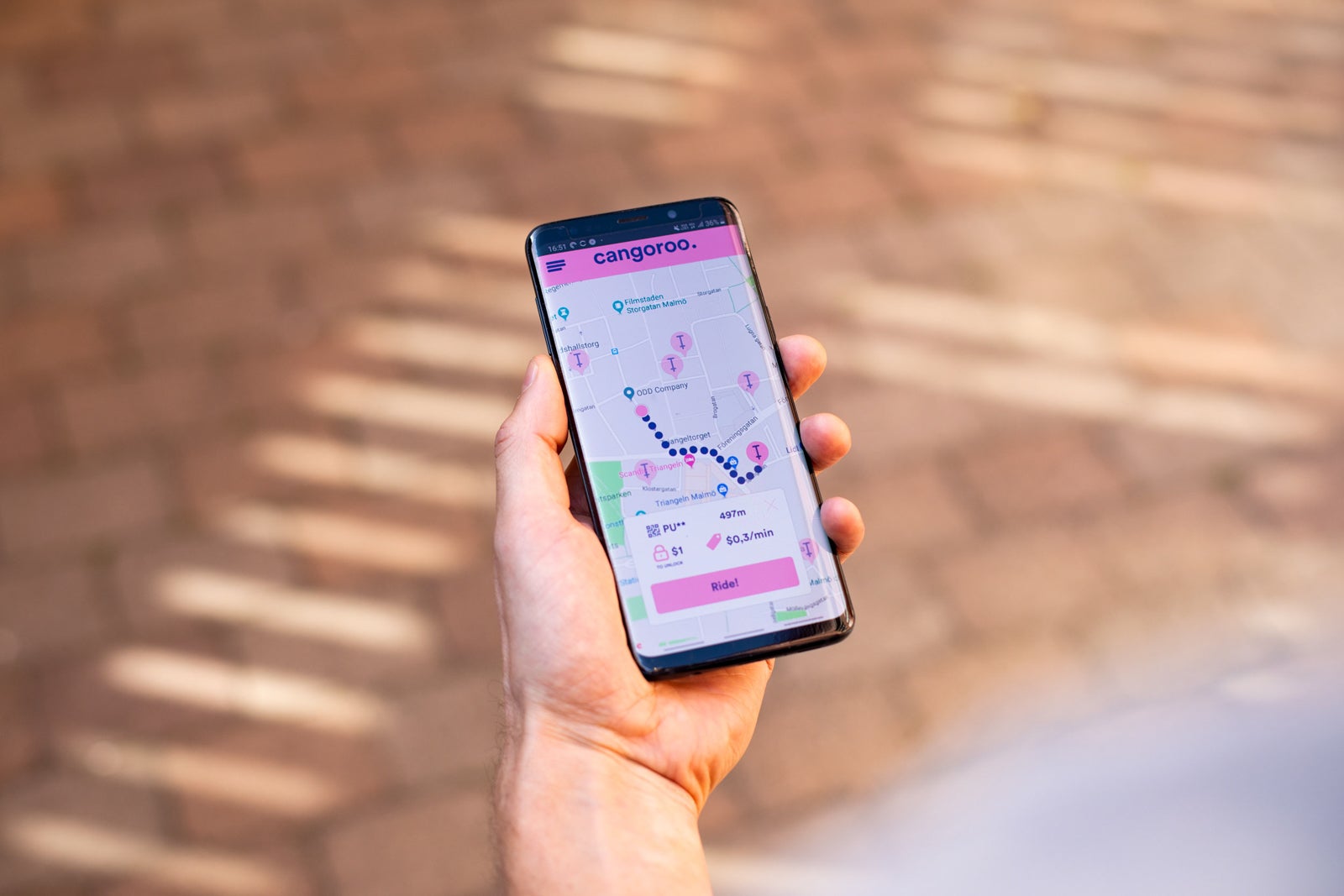 This Guy Wants to Bring Pogo Stick-Sharing to the World, and It's Not a Joke
This post contains references to products from one or more of our advertisers. We may receive compensation when you click on links to those products. Terms apply to the offers listed on this page. For an explanation of our Advertising Policy, visit this page.

Cities around the world are seeing their street corners increasingly cluttered with rentable bicycles, e-bikes, scooters, e-scooters and mopeds. Now there's a man in Sweden who wants to shake it all up by introducing a new vehicle to the ride-sharing market: pogo sticks.

Yes, pogo sticks, the preferred ride of cartoon coyotes. Except that it's not a joke.

"Of course, it's just fun to take the WTF angle, but the reason we chose pogo sticks in basically as a way to stand out in the generic market of micromobility," Adam Mikkelsen, CEO and founder of Cangoroo, based in Malmö, Sweden, told TPG.

Cangaroo plans on rolling out its pogo-sharing stations and apps in Malmö and Stockholm in mid-July or August. If that goes well, the next step would be to introduce Cangoroo pogos to Denmark, the capitals of Europe and the West Coast of the US, including Los Angeles and even notoriously hilly San Francisco possibly as soon as autumn.

"We have a guy in California who's being the front guy, and hopefully it would be September or October or somewhere in there, being semi-optimistic and rational," he said.

The company will experiment with pricing — Mikkelsen quoted $1 to unlock a pogo stick and then 20 or 30 cents per minute thereafter — and with the placement of the stations. Mikkelsen, who confirmed that he has actually been to San Francisco and is aware of its steep streets and sidewalks, said the company doesn't intend for the pogo sticks to be used to commute but for having fun.

So the pogo stations will be in parks, on beaches and plazas, like LA's Venice Beach and San Francisco's Golden Gate Park. In other words, popular and reasonably flat recreational and tourist areas.

"The locations will mainly be parks and beach walks and places like that," he said. "Some places might be next to an outdoor gym. Since you probably won't commute super long distances, it's more about getting a workout and having fun. I definitely don't see people commuting with them down the hills of San Francisco."

Here are TPG's tips for planning a perfect family visit to San Francisco: when to go, how to get there and where to stay on points.

And when the fun comes to a jarring halt and someone breaks an arm or leg? Mikkelsen said Cangoroo's still working out insurance and legal issues for famously litigious countries like the US, but that he hopes it won't be as problematic as some might fear.

"Modern pogo sticks are not extreme and quite safe — you don't jump two meters, and when you stop jumping, you immediately stop," Mikkelsen said. "And in our communications with the customers, we are definitely going to show to use them safely."

But here's the thing: Cangoroo doesn't expect to turn a profit from the pogo sticks.

"The branding was an intentional joke — a statement against [existing ride-share companies] — but we're not delusional enough to to think people will start using them like e-scooters," Mikkelsen said.

Instead, the pogo sticks are to be a jumping-off point, if you will, for what Cangoroo's core business is going to be: electric kick bikes. The pogo sticks are there to raise the brand's profile through media coverage, and then let the kick bikes draft off the pogo sticks' quirky public profile. So not a joke, but definitely under the umbrella of a canny marketing stratagem.

"Yeah, we’re definitely serious, but our ambition goes beyond building a global pogo-stick community," said Mikkelsen, who's also the CEO of an advertising agency that's known for its splashy PR stunts. "It's not about the pogo sticks — it's more of a niche product that we hopefully were able to launch an ongoing conversation about micromobility with. Our plan is to redeploy the pogo sticks with the launch of our second vehicle, a human-powered kick bike with a small battery to power the GPS locator."

Even after Cangoroo kick bikes take to the streets, the pogo sticks will stick around.

"I'd love to see us working with charity initiatives, doing a jump for abortion rights in Alabama, for example," he said, adding that the company's trying to coordinate a pogo-related fundraising drive for Malmö Pride Week in July. "If we can help charities and contribute to something bigger through pogo sticks, then we won't care so much about the short-term profit."

So far, Mikkelsen said, the feedback has been better than you might expect.

"The first question from journalists is always, 'Is this a joke?'" he said. "But the people we talk to, 50% of them say pogo sticks are stupid while the other 50% is like, 'Oh yeah, I used to use them all the time' or it's people thinking of their childhoods, whether it was pogo sticks or inline skating — something adults are longing for, not to be serious all the time."