Articles
Caroline Blair is a reader advocate intern for TPG. She is a senior at Syracuse University studying journalism and marketing. She studied and lived in London, her favorite city, for 5 months.
Follow
July 20, 2019
•
6 min read 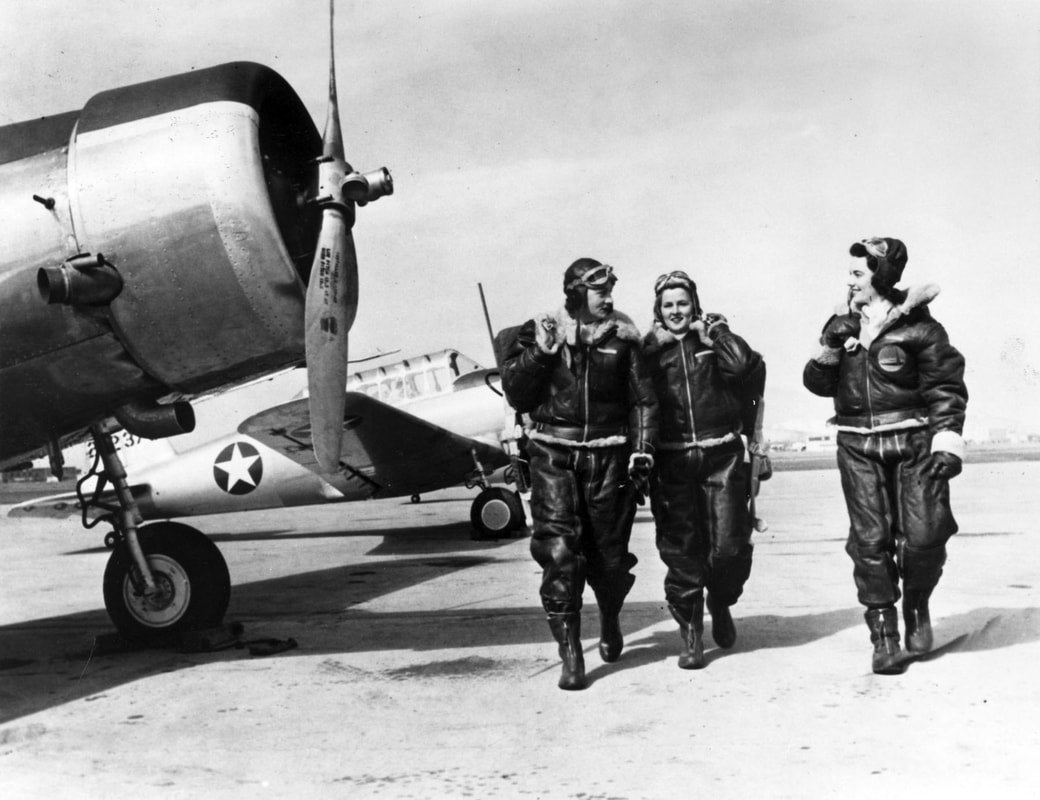 There Could (Finally) Be a Major US Airport Named After a Woman
This post contains references to products from one or more of our advertisers. We may receive compensation when you click on links to those products. Terms apply to the offers listed on this page. For an explanation of our Advertising Policy, visit this page.

Out of the 50 busiest airports in the US, 23 are named after a person -- pilots, politicians and actors. All of them are named for men.

One woman, Tiffany Miller, is trying to change that.

Gee grew up in the Bay Area and went on to become a mathematician, computer scientist and nuclear physicist. She was also one of two Chinese-American women to serve as a Women Airforce Service Pilot (WASP) during World War II. Miller's grandmother was also a WASP, and she considered Gee part of the family. When Gee was growing up, she would spend her Sundays at Oakland International watching planes take off like a true AvGeek, and it eventually inspired her to become a WASP. President Obama awarded the WASPs, including Gee, with the Congressional Gold Medal in 2010 for their service. There's even a children's book about Gee.

The notion to rename an airport is by no means a simple process, but it isn't impossible. After all, Louisville changed its airport name to Louisville Muhammad Ali International Airport (SDF) earlier this year. It was formerly known as Standiford Field.

Although Muhammad Ali was neither a famous pilot nor a politician, he is a common household name and celebrity, like others who have had airports named for them: John Wayne Airport (SNA) in California and Louis Armstrong New Orleans International Airport (MSY) in Louisiana.

Airports often take the name of someone famous “to bring in tourism or to help associate the airport with a specific region that people want to visit,” Guillaume de Syon, an aviation historian at Albright College, told TPG.

And it's no secret that donating a terminal (or two) could put you in the running.

Over time, an airport's name may even become a part of the local vernacular. Rarely do people refer to John F. Kennedy International as the "New York City Queens Airport." When someone says JFK — or LaGuardia, for that matter — we know exactly where and what they're referring to.

“We come to associate even a regional airport with our identity," de Syon said.

Miller agrees. "You say those names and you know what people are talking about, because it’s become part of our vocabulary and women are being excluded from that," she told TPG.

Women have played an integral role in aviation history, and their names do appear on the facades of small, regional airports. The Amelia Earhart Airport in Atchison, Kansas, for example, has a primary runway and attracts more than 2,000 visitors every year to the pilot's hometown, according to the city. Dorothy Scott Airport in Oroville, Washington, was named after a WWII pilot who ferried planes to England. The airport services around 52 aircraft operations a day, according to AirNav.com. And in 2011, Nashville acquired the former Cornelia Fort Airpark, which was named after the first pilot to encounter the Japanese during Pearl Harbor and the first female US pilot to die in the line of duty. It's now used as green space.

Beyond smaller airports, there are a few terminals named after distinguished women. Boston Logan International (BOS) honored Earhart's legacy by naming a remote terminal and baggage area after her in 1984. The first African American woman in the South elected to Congress, Barbara Jordan, has a terminal named after her at Austin-Bergstrom International (AUS) in Texas.

As for why there are so few airports and terminals named after women, de Syon says the aviation industry is still a largely male-dominated space. “We look for female achievements as an exception, rather than as a normative thing,” he said.

Fewer than 5% of US pilots are women, according to the Centre for Aviation (CAPA), aviation industry analysts. The number of women who are pilots has been on the rise, but by less than 1% over the past decade. This is in stark contrast to the nearly 80% of flight attendants who identify as women.

Miller said the lack of female recognition in the aviation industry is "partially ignorance about what women have achieved and partially about who’s making these decisions."

Still, Miller is not discouraged. Through the process, she said, she's learned all the ins and outs of what it takes to rename an airport. "It’s definitely a marathon, not a sprint, but I’m very passionate and I’m going to keep going."