The Points & Miles Backpacker: Why You Really Should Get Global Entry

Articles
Brian Biros spent most of the last 15 years backpacking through 100+ countries. He writes TPG's Points & Miles Backpacker column, so you'll more likely find him in a hostel than a Ritz, if you can find him.
Follow
Sept. 10, 2018
•
8 min read 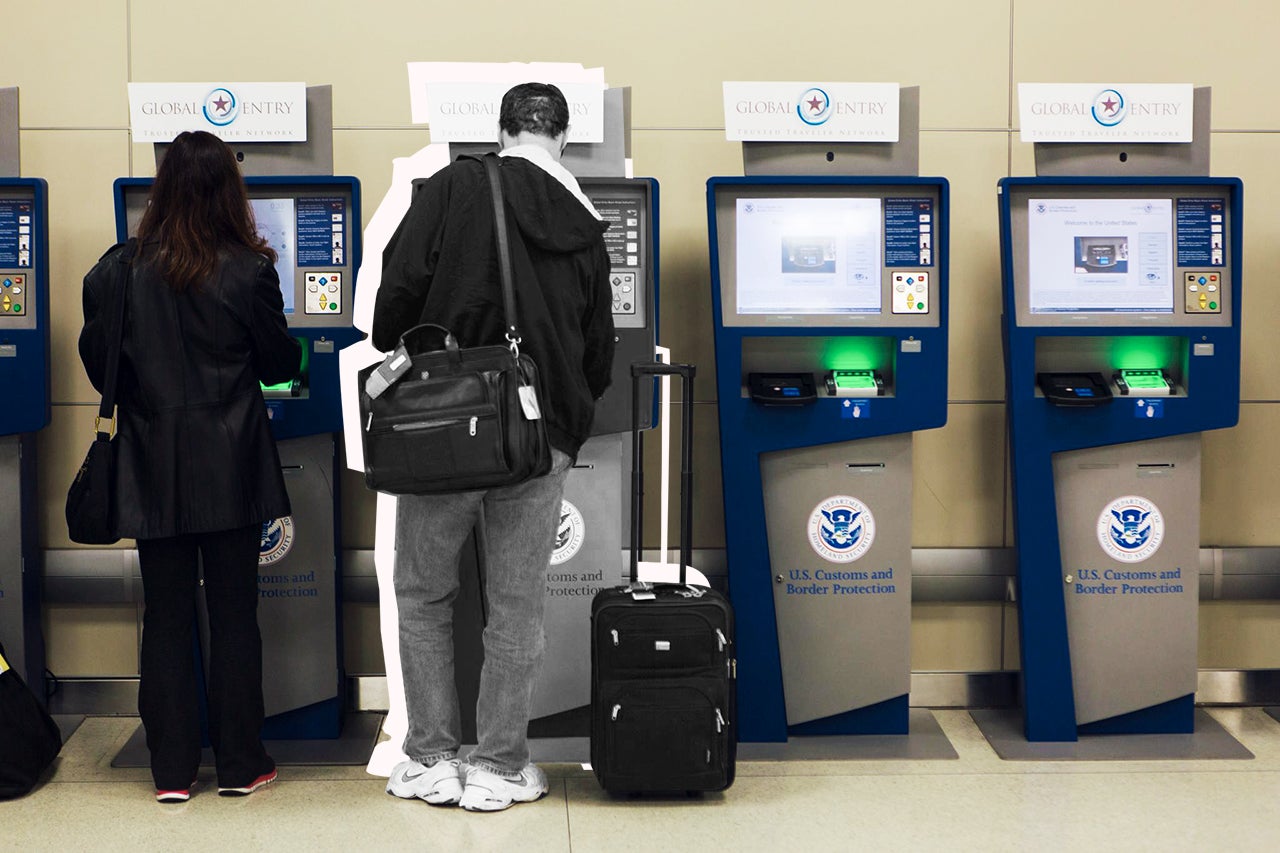 The Points & Miles Backpacker: Why You Really Should Get Global Entry
This post contains references to products from one or more of our advertisers. We may receive compensation when you click on links to those products. Terms apply to the offers listed on this page. For an explanation of our Advertising Policy, visit this page.

I jumped on the Global Entry bandwagon in 2014, when United used to cover the cost for Premier Platinum members. I then expected everyone would join me when premium credit cards became mainstream and automatically reimbursed the $100 Global Entry application fee.

However, I still see far too many travelers without Global Entry, which also includes the benefit of TSA PreCheck. I'll remind you of why you should apply. But first, I'll share the story of my favorite US Customs and Border Protection (CBP) debacle — one that would have been avoided completely with Global Entry.

In 2010, there was no concept of breezing through immigration. Every reentry to the USA included a line and a conversation with a CBP officer, both of which were unpredictable. This was no more evident than in my interaction with a CBP officer after a seemingly innocent weekend in Vancouver for the Winter Olympics.

My expanded passport was nearly full, and I wore it as a badge of honor. I smiled when the officer took his time combing through and deciphering the stamps and visas. He then took interest in a visa from the previous year.

Officer: “I see you were in Uganda recently. What were you doing there?”

I was a little surprised to field a question about a visa that was not part of this trip, but I was happy to boast about my experience.

Me: “I went trekking with gorillas."

He stared at me blankly, then continued to slowly flip through the pages. He asked about my weekend, which was a relatively straightforward long-weekend trip from LA to Vancouver for the Olympics. He then turned his attention back to the gorillas.

Officer: “Tell me more the trekking in Uganda.”
Me: “With the gorillas?”
Officer: “Yeah. That.”

I was increasingly confused by his decreasingly friendly interest in my long-since-completed trip. But I answered.

Me: “Well, I got picked up at Entebbe airport, driven down to Bwindi Impenetrable Forest, and then we trekked in the jungle until we met up with the gorillas.”

His volume and hostility increased.

By now, I was completely baffled.

That's when the light bulb went on for me.

His faced turned red, and he immediately looked back down at my passport, flipping through the pages much too quickly to comprehend anything he passed.

Officer: “Oh ok. Because, you know, stuff is going on there right now.”

My teeth were buried so deeply into the side of my lip to keep me from laughing that I started to taste blood.

Fortunately, it ended well. He handed back my passport.

The Case For and Against Global Entry

While I did get a priceless story out of this experience, I would still argue we're better off with minimal interaction with CBP officers. So I've compiled a list of reasons for Global Entry, and rebuttals for any reasons against it. The US government itself wants you to get it, as the official logo makes pretty clear.

Reasons to Get Global Entry:

1) Speedy immigration – No more need for chats with the CBP officers for you and a whole line of people in front of you. Global Entry kiosks are abundant, and your interaction with the officer is reduced to showing them a kiosk printout.
2) Speedy customs – You also get a dedicated line when exiting customs which flies right past non-Global Entry arrivals.
3) TSA PreCheck – Global Entry program membership automatically includes TSA PreCheck, which may be even more valuable than Global Entry. Shorter, quicker security lines and keeping laptops in bags and shoes on feet will redefine your airport experience.
4) It's good for five years – Attend one interview and you get five full years of breezing through security and immigration.
5) You don't need to carry the card – You'll get a flashy new ID card, but you don't need to carry it. Your "Trusted Traveler" account stores your passport number, and adding your new “Known Traveler ID” to a reservation or frequent-flyer account will activate TSA PreCheck.

Excuses Not to Get Global Entry:

1) “It's expensive” - $100 isn't a nominal fee. However, these credit cards will automatically reimburse the Global Entry fee once every 4 or 5 years. You can also get reimbursed for someone else's application. Even if you do have to pay $100, the time you'll save is worth it.
2) “Interview locations are inconvenient” - If you don't live near a major airport, making a special trip to an airport for an interview can be inconvenient. Therefore, schedule an interview for a couple hours before your next departure or 30 minutes after your next arrival at an airport with an enrollment center. Or book a long layover and schedule your interview then. Again, you'll only have to do it once every five years.
3) “I don't travel internationally enough” - If international travel is rare for you, you can sign up for TSA PreCheck on its own. There are many more sign up locations for TSA PreCheck, which can also solve the previous problem. For example, in the Chicagoland area, there are two Global Entry enrollment centers, but there are 10 TSA PreCheck enrollment locations. The cost is $85, but the credit cards that reimburse for Global Entry will alternatively reimburse the TSA PreCheck application fee. However, for just $15 more you get Global Entry plus TSA PreCheck.
4) “Those kiosks take the worst pictures of me” - Yes, I know. I'd be afraid to see my Global Entry kiosk photo album — a collection of half asleep gazes, partial faces, unflattering angles and bedheads. I hope those pics never get out. However, a bad picture hasn't kept you from getting a driver's license, so it shouldn't here.

5) “I don't qualify” - Some people won't get accepted into Global Entry, and it's fairly easy to have it revoked. If this is the case, download the Mobile Passport app, which doesn't require an application. Lines for Mobile Passport are almost always empty, presumably because anyone savvy enough to use Mobile Passport sees the value in Global Entry. Still, it exists as an alternate, and is also a good complement if you only have TSA PreCheck.
6) “It's on the to-do list, but I haven't gotten around to it” - It seems you have a few minutes to kill, so do it right now. Go to the official website, create a profile and schedule your Global Entry interview. Or if you are only applying for TSA PreCheck, do it here. Go ahead. I'll still be here when you're done.

Hopefully, you already have Global Entry and TSA PreCheck, and this was only a bit of story time for you. But if you don't, I hope this was the push to finally get you to apply. You'll thank me when your feet never again feel the cold airport floor through the thin layer of your socks. (Which is also really unsanitary.)

If you’re looking to back that pack up and get some guidance, send your questions to backpacker@thepointsguy.com !

All photos courtesy of the author unless otherwise noted. Featured Image courtesy of James Tourtellotte via cbp.gov