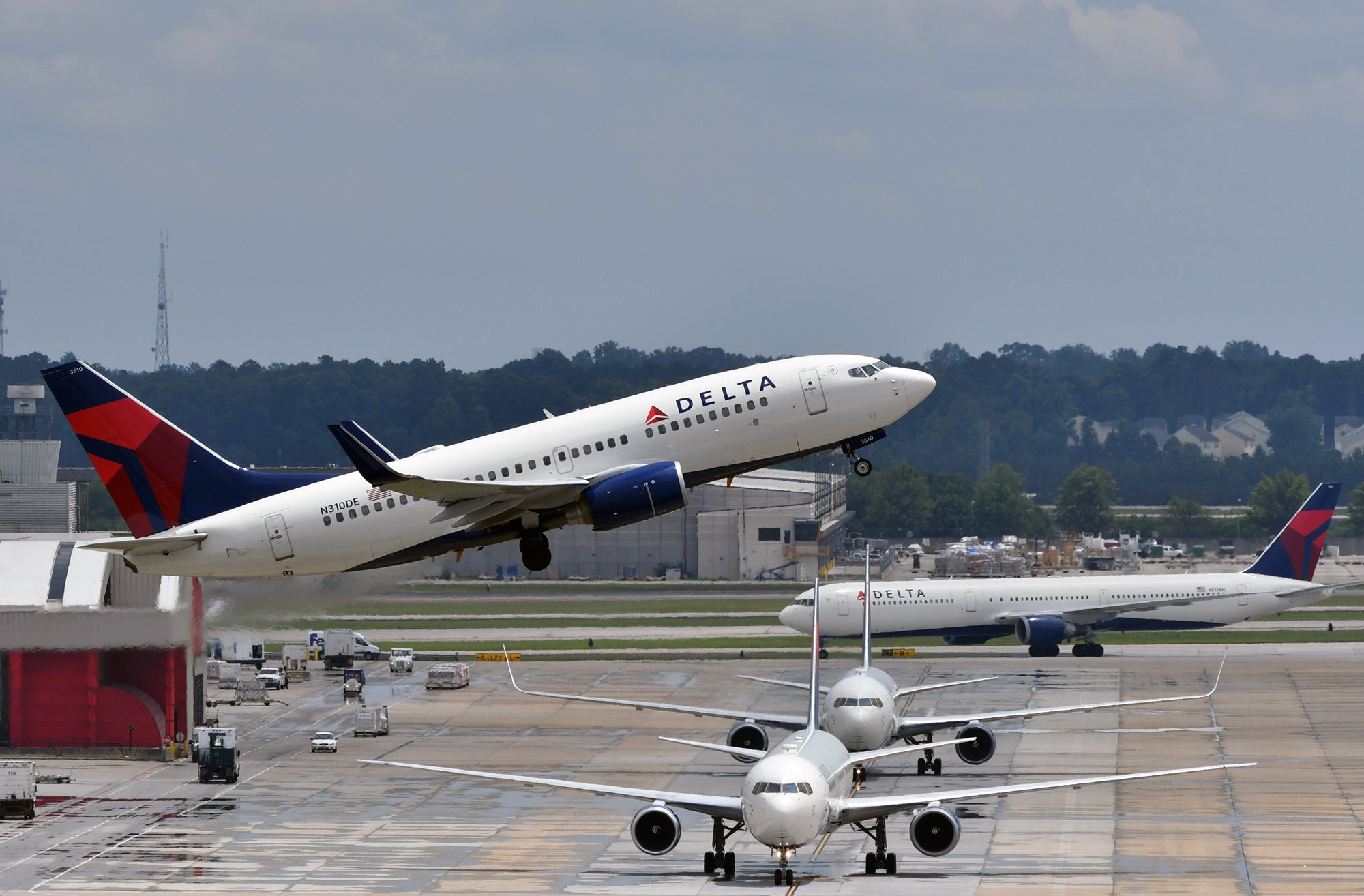 The government says a man scammed Delta out of 42 million SkyBonus points
This post contains references to products from one or more of our advertisers. We may receive compensation when you click on links to those products. Terms apply to the offers listed on this page. For an explanation of our Advertising Policy, visit this page.

A man in Georgia really loved Delta's loyalty program for businesses — so much so, that he's been accused of wire fraud related to it.

Gennady Podolsky, a dual Ukrainian and American citizen, and managing partner of Vega International Travel Services, Inc., was arraigned this week for wire fraud, according to the U.S. Attorney’s Office of the Northern District of Georgia.

According to the indictment, Podolsky used his Chicago-based travel company to acquire SkyBonus points, which is a program for businesses similar to the airline's SkyMiles. Enrolled businesses can earn points under the SkyBonus program at the same time the traveling passengers earn points under the SkyMiles program. According to prosecutors, Podolsky allegedly defrauded Delta by earning and redeeming over 42 million SkyBonus points.

If you're curious to know where 42 million SkyBonus points can take you -- and we know you are -- this award chart shows that a passenger could fly from the mainland US to Hawaii (435,000 points in Delta One or First Class) 96 times.

“Podolsky used his knowledge of the travel industry to take advantage of his travel agency clients," U.S. Attorney Byung J. Pak said in a statement. “Through his access, he allegedly took advantage of Delta Airlines corporate frequent flyer program, illegally reaping millions of SkyBonus points worth more than $1.75 million dollars.”

“The fraudulent accumulation of frequent flyer miles in the travel industry may seem like a victimless crime, however, large corporations stand to lose significant profits”, said Chris Hacker, Special Agent in Charge of FBI Atlanta.

The $1.75 million valuation doesn't quite line up with our math. TPG does not include SkyBonus in our monthly valuations since the program is limited to small business. The government is valuing the points at nearly 4.2 cents each -- 3.5 times what we value the regular SkyMiles at. A domestic coach ticket with SkyBonus starts at 90,000 points. At the government's valuation that would mean the coach ticket is worth $3,780.

Businesses who use SkyBonus accrue points whenever employees travel on Delta. According to the indictment, an enrolled business can only accrue SkyBonus points under the terms of the program if the passenger is an actual employee of that business.

As part of the scheme, the indictment alleges, Podolsky registered a Skybonus account in the name of a fertility center owned and operated by a family member of the president of his company.

When Vega Travel booked its customers for air travel on Delta, Podolsky caused the SkyBonus account number for the fertility center to be associated with those customers’ tickets. The customers, according to the indictment, were not employees of his company.

Podolsky was indicted on 12 counts of wire fraud on September 11.

SkyBonus is marketed by Delta as “a business travel rewards program for small to mid-sized companies.” Companies in the program are required to spend a minimum of $5,000 a year on eligible flights and have at least five unique employees completing eligible travel each year.

Companies can earn points on flights operated by Delta, Aeromexico Air France, KLM and Alitalia. SkyBonus members earn a different amount of points based on their fare class and whether or not they’re flying to or from Atlanta (ATL), Cincinnati (CVG), Detroit (DTW), Minneapolis-St. Paul (MSP) or Salt Lake City (SLC). You can also earn points through purchases from Delta Private Jets.