Is It Bad to Take Sleeping Pills on Planes?

Articles
Jordi Lippe-McGraw is a writer covering travel, family, food and wellness for outlets like Conde Nast Traveler, Travel + Leisure, the New York Times, Forbes, and more. She has traveled to more than 30 countries on all 7 continents (including Antarctica at 5 months pregnant) and is an avid puppy, penguin, and truffle lover.
Follow
May 18, 2019
•
5 min read 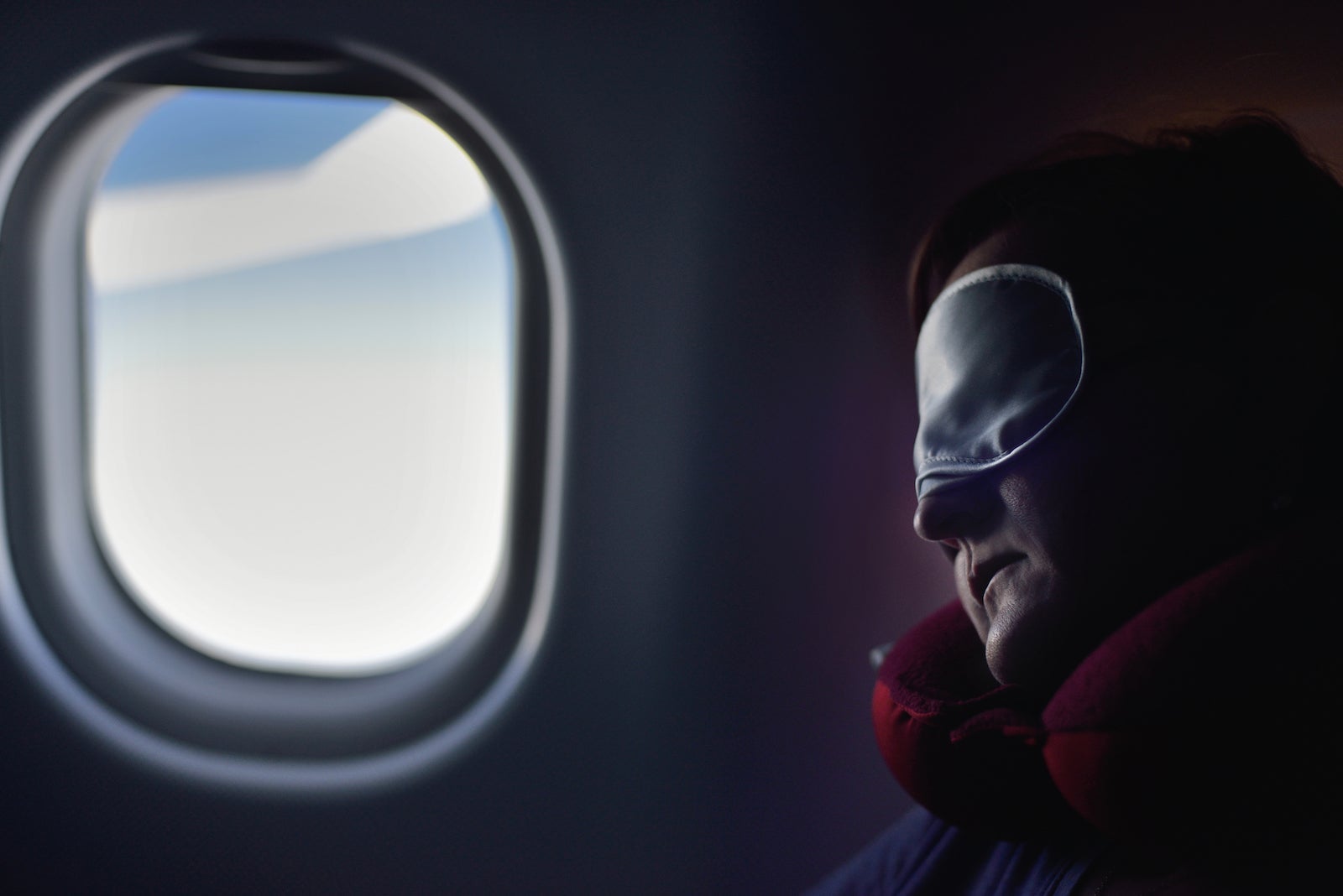 Between cramped seats, getting hit by the food cart and dealing with an armrest-hogging passenger, it can be difficult to get any sleep on a plane. That’s why some people turn to sleeping pills to help them get through a long-haul flight. After all, you want to arrive at a destination ready to explore, not take a nap. But is it bad to take sleeping medication on a flight?

The FDA just strengthened its warning about sleeping pill dangers revealing that serious injuries and deaths can result from behaviors such as sleepwalking, using a stove while under the influence, sleep-driving and more. What’s more, these dangerous occurrences can happen to anyone, making it difficult to predict how someone taking them will react.

"These incidents can occur after the first dose of these sleep medicines or after a longer period of treatment and can occur in patients without any history of these behaviors and even at the lowest recommended doses," acting commissioner Dr. Ned Sharpless said in a statement.

We also know that many insomnia medications have been associated with increased mortality, infections, cancer and depression. In fact, the FDA feels the threat is so strong, they’re requiring several brands — Lunesta, Sonata, Ambien and Edluar to name a few — to have a new warning written on the box.

But, if you’re on a plane, you arguably aren’t operating heavy machinery or capable of being near a hot stove. So, is it OK? We consulted some experts.

While these new reports are scary, it doesn’t necessarily mean you have to stop taking sleeping pills on a plane. However, there are some factors you should consider while flying.

“First off, there are several different types of sleep medications, used for different types of insomnia, and a few that can be appropriately used during air travel,” New York-based internist Dr. Frank Contacessa told The Points Guy. “You have to consider the length of the flight, versus the duration of action of the medication.”

According to Dr. Contacessa, some medications are meant to have a longer duration of action to help insomniacs stay asleep. Those longer acting medications should be avoided for short flights. For example, you wouldn't want to use a long-acting medication like Ambien on a short flight. Why? “You could find yourself too groggy to take care of yourself when you arrive at your destination or during an emergency,” he said.

You could potentially use a longer-acting medication on a long flight, but he still advises against this. “It is better to use something like a short-acting benzodiazepine like Xanax or Ativan,” he said. “These drugs are typically used for anxiety, but can also help with sleep. You also get the dual benefit of alleviating the nerves of anxious travelers.”

Dr. Nate Favini, medical lead at Forward, said he is very wary of taking any type of prescription sleeping medications on an airplane. But he does have one point of advice if you really want to take it onboard. “Make sure you’ve tried it at home first so you have a sense of how it will affect you,” he said.

If you’re still itching for something to help you sleep, other safer options can help you catch some zzz’s.

“Melatonin is a totally natural and safe supplement that is effective for sleep and jet lag,” said Dr. Favini. “You can take melatonin at the time you plan to go to bed in the time zone you are traveling to for a few nights before you travel. This starts to set your body’s clock to your new time zone and allows you to make the transition more easily. It can also be taken to help with sleep while you’re on a plane.”

Another option to consider is an antihistamine. “You commonly see this as the PM component of things like Advil PM or Motrin PM,” Dr. Contacessa told TPG. “It's really just Benadryl. It will make you drowsy and help you fall asleep, with minimal other side effects.”

If you want to take any sleeping medications or supplements on an airplane, make sure you have a detailed discussion about the risks and benefits with your doctor before you take them onboard.

The Big No No

Although there are options available to those who wish to take a sleeping pill on the plane, there is one thing you absolutely should never do. “None of these medications should be mixed with alcohol,” said Dr. Contacessa. “There is an additive effect that can be very dangerous, leading to oversedation or dangerous behavior.” Think: sleepwalking while on a plane!

It's impossible to know who will have such reactions. If you're going to ask your doctor for a prescription for travel, try to stick to something you may have already tried.