If I can, so can you: 6 surprising things I did to earn top-tier United status 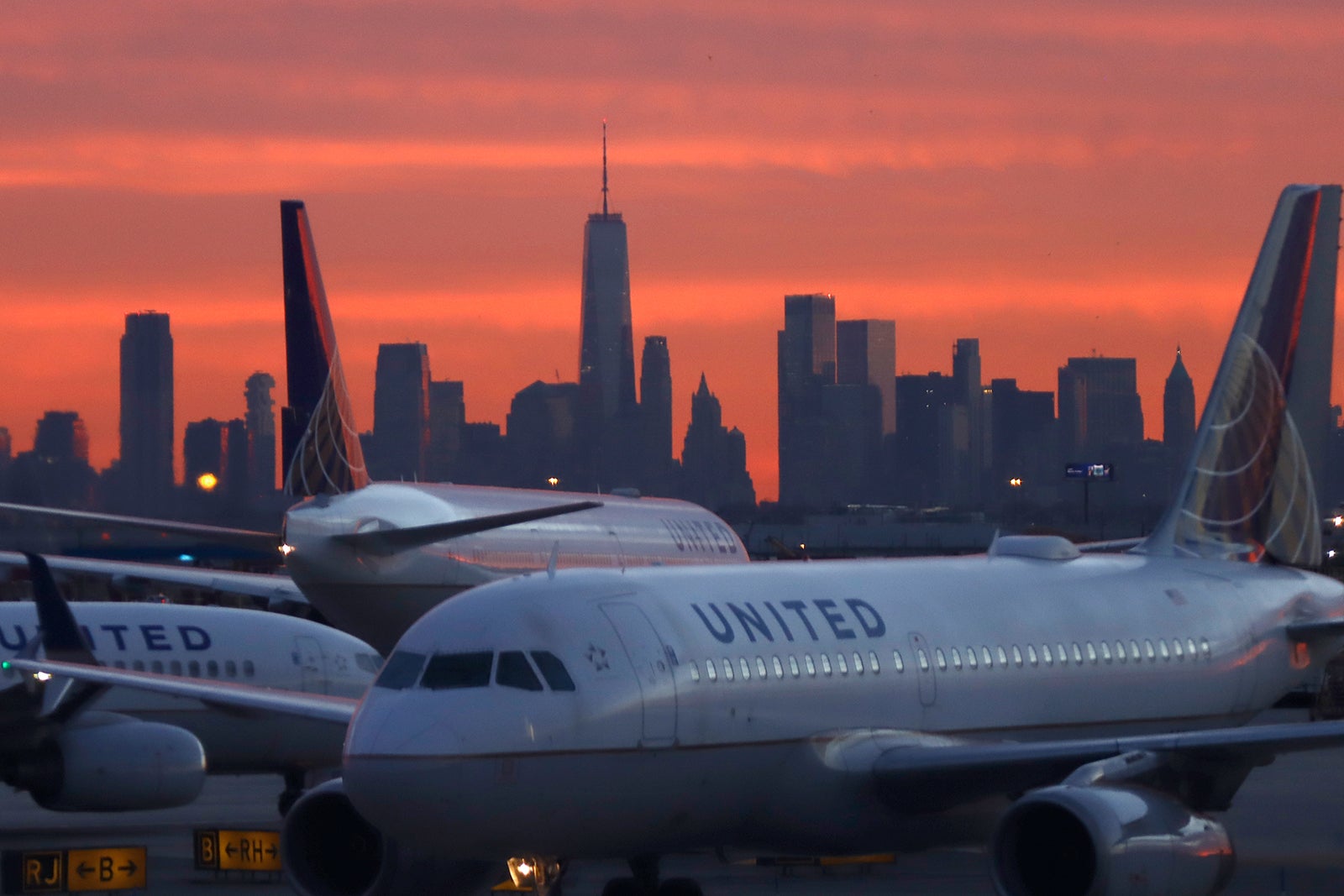 I have a confession: When I first joined the TPG team in 2018, I was as faithful as a fox — at least when it came to airline loyalty programs.

In fact, I seldom bothered to add my frequent flyer number to reservations since I rarely flew the same airline more than once or twice a year.

Fortunately, I've come to my senses.

Now, I not only see the value in earning miles on every flight, even when elite status is out of reach, but I've also pledged allegiance to Star Alliance and, specifically, United Airlines.

At the time of writing, I am 83 Premier qualifying points, one Premier qualifying flight and a final act of passion from attaining top-tier elite status in United's MileagePlus program, Premier 1K. And I plan to close the gap next week on a short domestic trip to visit a friend.

Even though it's become increasingly easy for me to be loyal to a single airline — I live just 20 minutes from one of United's largest hubs at Newark Liberty International Airport (EWR) — I also went out of my way this year to claim top-tier status. Here's how I'm achieving elite status with United and setting myself up for success next year, too.

There's nothing I love quite as much as a flight deal, but as I've gotten older, I've come to value certain comforts enough that I'm no longer automatically compelled to book the cheapest flight I can find. Still, I never thought I'd be the person who opts to spend more money on tickets to earn more points.

Over the summer, for example, I booked flights to Turkey on Turkish Airlines, a Star Alliance partner. But before confirming my reservation, I reviewed United's chart for earnings with Turkish-operated flights. I realized the W-class fare I considered wasn't eligible for any earnings (read: zero). So, after consulting with my colleagues, I decided to pay approximately $500 more for a flexible fare that, while still in economy, was eligible to earn more of the mileage accrued.

And, in what I can only describe as a stroke of good fortune, I ultimately had to reschedule that trip — so I was relieved I booked a more flexible fare that allowed tickets to be reissued.

By buying up into a higher economy-fare class, I earned the maximum amount of PQPs (500) per segment for my flights between Istanbul and Newark, in addition to a handful of extra points for my intra-Turkey flights between Bodrum and Istanbul.

This trip, which totaled 1,096 PQPs and four segments, was an important reminder to read the fine print before booking a partner flight, especially if you plan to lean on an alliance to earn status with an airline.

Of course, even the most carefully researched plans can sometimes go awry.

But in addition to my colleagues, who should probably also earn 1K status based purely on PQFs (in this case, premier qualifying favors) I also spent a not-inconsiderable amount of time communicating with United this year when things went amiss with my earnings.

Leveraging Star Alliance partners is a great way to earn elite status with United, though it's not always a seamless process.

The final segment of my aforementioned Turkish Airlines fight didn't automatically accrue, and I spent months emailing customer support to try to get credit for that flight. Finally, about six months after the trip, following multiple emails and a couple of phone calls, United came through. But I had to be persistent and assiduous.

Similarly, I had an issue with a recent SAS flight when two segments from the multicity itinerary didn't accrue. That issue was resolved far more quickly but did require an email and a chat with United's messaging service.

Asking for help and advocating for yourself is critical when every point and every segment counts. That's why travelers also need to keep a close eye on their account balances — if you don't pay attention, you might not even realize you're missing a segment or a batch of hard-earned points.

Related: Ways to earn miles with the United MileagePlus program

This was, technically, a failed attempt at earning more PQPs, but the strategy still has merit.

I recently bid on an upgrade when flying SAS, hoping that, when my ticket was reissued, it would code as a higher fare class and thus earn more PQPs. (My K-class discounted economy tickets were only eligible for 50% mileage earnings.) As you might have guessed, this didn't work out.

I have, however, successfully earned more PQPs by upgrading on United-operated flights in the past. Last year, I was able to buy up from economy to Premium Plus to score more points on a flight to London.

Buying upgrades after booking standard economy fares can be a good way to score a better class of service and extra points, as it's often cheaper than booking the premium class outright. But, make sure you're only doing this on United-operated flights if you're looking to earn more PQPs.

Went out of my way

Last year, I flew from Arizona to New York and back to Arizona two days later to earn two additional segments. This year, I was barely convinced by my colleagues to scrap the harebrained itinerary that would have me flying from Australia to the East Coast via the West Coast, and back to the West Coast a day later.

Now that I'm a segment shy of 1K, I'm starting to regret that decision.

Even though stopovers and additional legs didn't play a big part in my strategy this year, they're always top of mind, and can be an easy way for travelers to close the gap to elite status. One of the top strategies for achieving elite status is adding a takeoff and landing to an otherwise nonstop flight, which you can sometimes do for free with same-day flight changes.

Got a new credit card

Of all the things I've done in my quest to earn 1K, applying for a cobranded United card was easily the most sensible. This year, I opened the United Club Infinite Card, which currently has a generous 80,000-mile sign-up bonus after spending $5,000 within the first three months of account opening. In addition to the mileage boost, I was primarily attracted to the card's lounge benefit, which grants cardholders access to United Clubs and select Star Alliance lounges when flying United and its partners.

Without the 500 PQPs I earned this year from credit card spending, I may have missed 1K by a devastatingly slim margin.

It's not possible to buy your way entirely to United status, but card-earned points can qualify for 1K when travelers also meet the PQF requirement. All that makes the hefty $525 annual fee easier to swallow. That, and a complimentary bloody mary from the United Club.

Fret not, friends. I have one final trip booked before the end of the year. Call it a trip to celebrate the new year with my friend in North Carolina, or baby's first mileage run. Both are true.

On Dec. 30, I'll take my final flight of the year and, barring unforeseen circumstances, leap over the finish line to 1K status with 32 hours and 49 minutes to spare. (Plenty of time to book a backup flight if my trip gets disrupted.)

That final flight should accrue one segment and 246 PQPs, carrying me into 2023 with 1K status when I fly back on Jan. 2 and collect my first segment and points of the year.

Related: 6 things you need to know about United Airlines MileagePlus

Could I have gotten where I was going faster or more cheaply this year? Absolutely. But with the promise of a free snack and beverage even when flying economy, achieving 1K was a top travel priority for me this year.

Next year, unfortunately, United is implementing the elite status requirements it intended to introduce before the pandemic put travel on pause. The good news is that United will once again dole out head-start PQP bonuses to travelers who achieved status in 2022. For 1K flyers, that's a 2,500-point balance from the jump. Even travelers who hit entry-level Silver status will hit the ground running with 500 PQPs. United will also start granting PQFs and PQPs for award flights.

In 2023, 1K requirements will leap from 36 PQFs combined with 13,500 PQPs (or the 15,000-PQPs-only requirement) to 54 PQFs and 18,000 PQPs (or a whopping 24,000 PQPs only). So, travelers will need to be extra savvy with their travels to cross the finish line, because being loyal to a single airline is rarely enough to achieve top-tier status.

Leveraging PQP- and PQF-earning strategies such as these throughout the year can be an essential part of a successful bid for status. I'm already considering making my United card my go-to for all big purchases next year, and I probably won't book a cheaper flight with a non-alliance airline unless absolutely necessary. And if I have to fly back and forth across the world to earn extra segments, so be it.

See you all next year at preboarding.

Featured image by GARY HERSHORN/GETTY IMAGES
Editorial disclaimer: Opinions expressed here are the author’s alone, not those of any bank, credit card issuer, airline or hotel chain, and have not been reviewed, approved or otherwise endorsed by any of these entities.

The United Club Infinite card might charge a high annual fee, but it comes with the premium perks to match. Chief among them is United Club membership, which includes access to the airline's airport lounges as well as those of some of its Star Alliance partners. But cardmembers can also count on other day-of-travel perks such as Premier Access for priority service at the airport, free checked bags, and even a Global Entry or TSA PreCheck application fee credit worth up to $100 once every four years.

The United Club Infinite card might charge a high annual fee, but it comes with the premium perks to match. Chief among them is United Club membership, which includes access to the airline's airport lounges as well as those of some of its Star Alliance partners. But cardmembers can also count on other day-of-travel perks such as Premier Access for priority service at the airport, free checked bags, and even a Global Entry or TSA PreCheck application fee credit worth up to $100 once every four years.