Articles
Samantha Rosen was one of the first 20 employees at TPG. She started as the site's first full-time social media editor and also served as its lifestyle editor.
Follow
March 11, 2020
•
8 min read 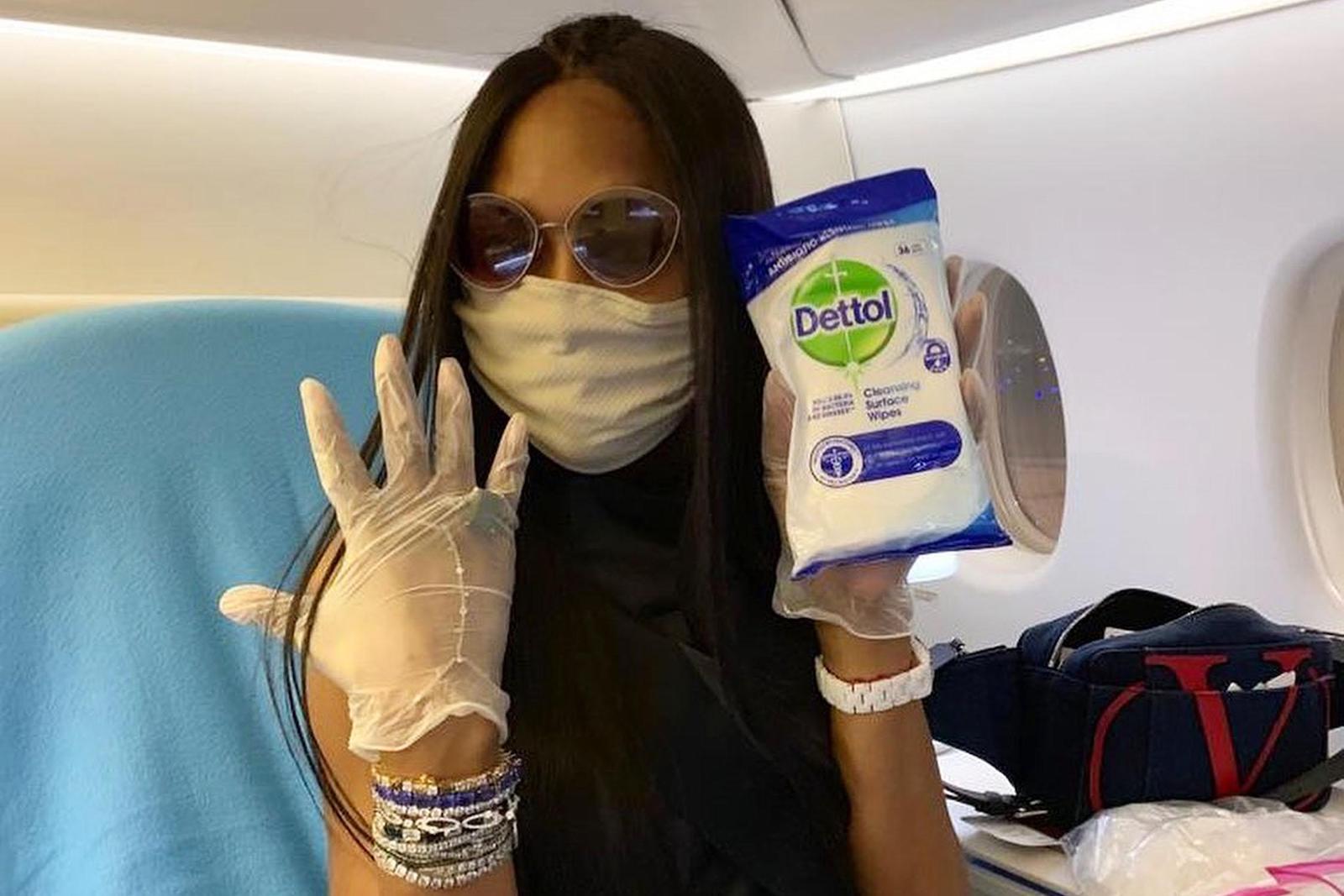 Naomi Campbell's preflight routine got a serious coronavirus upgrade
This post contains references to products from one or more of our advertisers. We may receive compensation when you click on links to those products. Terms apply to the offers listed on this page. For an explanation of our Advertising Policy, visit this page.

Naomi Campbell is back and better than ever with a preflight routine that probably still puts yours to shame.

The supermodel went viral last summer for her, well, pretty intense scrubdown — but more on that in a second.

Now, she's sporting a complete hazmat suit at the airport thanks to concerns about the novel coronavirus from China. Supermodels, they're just like us!

In the first picture, Campbell is dressed in a head-to-toe hazmat suit, complete with a mask, goggles and gloves.

In the second photograph, she's seen modeling her mask and gloves in her seat. The last picture shows Campbell at what appears to be baggage claim, so she apparently made it off the plane without any major mishaps. Safety — but make it fashion.

"Safety First NEXT LEVEL," Campbell wrote in her caption. "Thank you @lindaevangelista full video coming on my YouTube soon…"

We can only imagine what that's going to be like. Her initial video from this summer was already pretty squeaky clean.

Seriously. If you thought you were going the extra mile by wiping down your tray table with hand sanitizer or sanitizing wipes before meal service, just wait until you watch Campbell's outrageous preflight cleaning ritual.

This is some next-level, germs-be-gone wizardry. Join us on this journey, won't you?

Same! Have you heard of this site called The Points Guy? You should check it out sometime!

The episode then backtracks to her (and her entourage) heading to Nice International Airport (NCE), getting ready to board her Qatar Airways flight to Doha. She comments on how they have a "French kind of chocolate" at what looks like Duty Free, and that she can't resist.

She ends up grabbing a bag of Twix. A girl after my own heart!

After stocking up at Duty Free and playing around at the makeup counter, an iconic shot ensues: Campbell, clad in a jumpsuit and toting a giant Valentino bag, heads up the staircase to board the flight. In true AvGeek fashion, she comments on how big the plane and its engines are.

Yes, Naomi! It is a big plane. It's called an A350, and it's like the crème brûlée of airplanes.

But, when Campbell boards the plane, the real magic happens. She whips out a bag "for hydration" which we can only assume has about 10 face masks and who only knows what else. Seriously, there are enough products in this bag for a two-week trip, let alone a five-and-a-half hour flight.

She spends a few minutes searching through her hydration station for her gloves. According to Campbell, it's the "best part of the whole thing." We can't say we disagree.

She then proceeds to clean every single nook and cranny of her Qatar business class seat, as one does. Every. Single. Nook. It's pretty mesmerizing, if you ask us.

Then, in a show of serious dedication, she takes out the remote control for the inflight entertainment system and scrubs the whole thing down.

After what must have been at least five minutes sanitizing virtually everything that she could feasibly touch during the course of the flight, she remarks, "This is what I do on every plane I get on. I do not care how crazy I look. It's my health, and it makes me feel better."

My personal favorite moment is when she's seen still, well, doing her thing, and you can see the flight attendant behind her, serving welcome drinks to another passenger. Ah, business class.

As if on cue, another passenger asks Campbell if she'll deep clean her seat next. Imagine: Flying in business class, while supermodel Naomi Campbell wipes down your seat to get rid of germs. Just imagine.

Related: How airlines are working to keep it clean amid coronavirus outbreak.

She responds, "I don't do them for you but I'll share it with you."

It's funny, this is exactly what I say when someone asks me to teach them how to use points.

Almost like she has a magical Mary Poppins bag, Campbell proceeds to pull out a hot pink "seat cover." As the old saying goes: When all else fails and you can't disinfect your entire business class seat with wipes, cover it up with a blanket.

"They have colors that make you happy," Campbell said — and you can get one at the airport, if you're so inclined. Campbell notes she has her seat cover handwashed at every hotel where she stays. Because at this point, why not.

Related: How to thoroughly disinfect your airplane seat.

After she's sufficiently comfortable with the cleanliness of her private little pod in the sky, she covers her face with a mask. She claims it's her "protection from [people] coughing and sneezing," and does it whether she's flying private or commercial.

And that's it! That's her airplane routine. I'm exhausted just thinking about it, but hey, she must be doing something right if she rarely gets sick. Depending on who you ask, this is either totally insane or an inspiration to germaphobes everywhere. Debate about it if you will, but in the meantime, I'll be ordering myself some disinfecting travel wipes and a fancy new hot pink seat cover.

In hindsight, maybe it's not so crazy after all?