The invasion of Ukraine: How pilots deal with sudden airspace closures

Articles
Charlie Page is a senior first officer on the Boeing 787 Dreamliner with over 10,000 hours of flying experience, both around Europe on the A320 family and worldwide on the B787. He is also a freelance writer, contributing to a range of print and online publications.
Feb. 24, 2022
•
10 min read 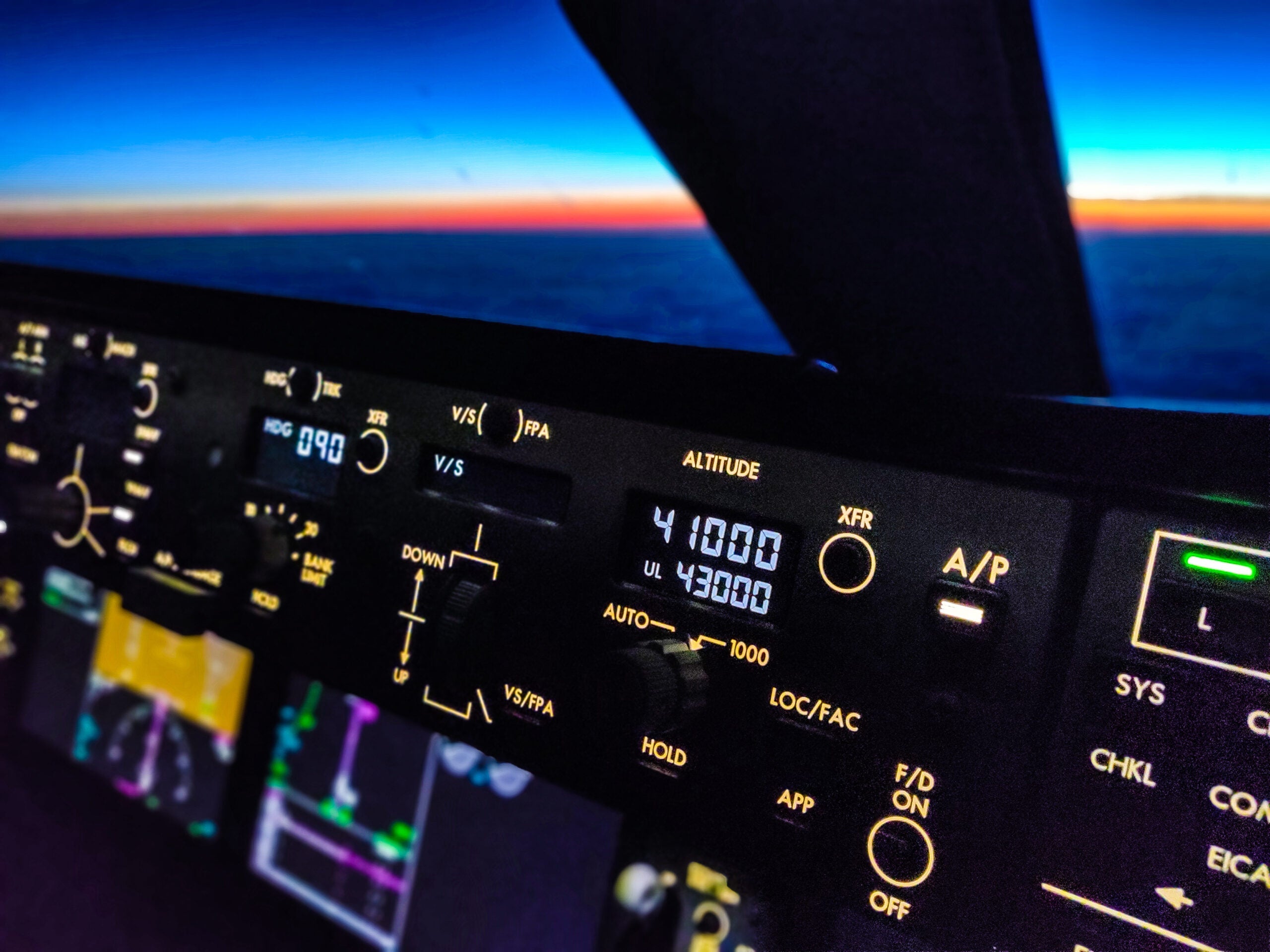 The invasion of Ukraine: How pilots deal with sudden airspace closures

On Thursday, Feb. 24, Russia began a military attack on Ukraine, leading to the closure of the country's airspace to "all civil aviation."

While the move has major consequences for the regional political and humanitarian landscape, it also has an impact on global airlines. European low-cost carriers such as Ryanair and Wizz Air, as well as major airlines including Turkish Airlines and Finnair, often fly through Ukraine airspace.

Between Feb. 18 and Feb. 24, more than 1,790 flights were flown to or from Ukraine, according to Cirium data, and the sudden closure of Ukraine airspace saw the cancellation of 155 flights at the time of reporting. Outside of this, the closure has also disrupted flights that would usually pass through Ukraine's airspace, and they have either been diverted or canceled entirely.

Images from FlightRadar24 at 15:00 Greenwich Mean Time on Feb. 18 showed a number of aircraft still flying this route to or over Ukraine.

By stark comparison, images from the morning of Feb. 24 paint a very different picture. There is now an eerie open space above the nation, as well as neighboring Moldova and the Ukrainian borders with Belarus and Russia.

So, what does this mean for pilots and how will it affect flights that were due to transit through Ukrainian airspace?

Like the road system on the ground, the air above your head is divided up and classified into different airspace depending on what type of aircraft can use it.

The details of this are really quite complex and differ around the world, so to keep things simple we’ll just look at the airspace used by airlines for international flights.

To keep these commercial flights safe, Air Traffic Control (ATC) is responsible for controlling the aircraft whilst they are in its airspace. As a result, this is known as “controlled airspace.”

Here, ATC is responsible for ensuring that vertical and lateral separation is maintained between aircraft. This is normally done with the use of radar systems.

Even in areas where there is no radar coverage, such as over the North Atlantic, ATC is still responsible for ensuring safe separation between aircraft.

In some areas, however — particularly closer to the ground and away from large airports, as there is little commercial traffic — there is little point in ATC trying to control these areas. As a result, it’s known as uncontrolled airspace. The key point to note here is that any aircraft is still allowed to fly in this airspace, however, the pilots are responsible for keeping their own separation from other aircraft.

Who decides where to fly?

Before each departure, the flight planning department at the airline is responsible for finding the most efficient route between the origin and the destination. The most direct route, known as the Great Circle route, is normally the most efficient.

However, the flight planners also have to consider other factors, such as the wind, storm systems and closed or dangerous airspace.

In 2014, Malaysian Airlines flight MH17 was shot down over eastern Ukraine, leading most airlines to avoid that airspace going forward. Although some continued to fly through Ukraine's airspace, that ended today. As a result of the MH17 incident, flight planners sought to find alternative routes, normally farther to the south traveling through Turkey, as seen in the image below.

While this increases the flight time and uses more fuel, safety is always the top priority for airlines and pilots.

In the above example (a flight from London to Singapore) the flight travels through Turkish airspace before routing into Georgia, Azerbaijan, Turkmenistan, Afghanistan, Pakistan, India and then down to Singapore.

However, the ongoing closure of Afghan airspace has thrown a further spanner in the works. Normally, an alternative route would be to fly from Turkey down through Iran and into Pakistan or, failing that, through Iraq and over the Gulf and the Arabian Sea.

But due to various security concerns, most airlines have adjusted their routes to avoid airspace with any potential hazards.

As a result, flights need to route even farther south, through Egypt and Saudi Arabia, massively increasing the flight time and cost of the flight, as shown in the image below.

Not only does this have effects on the airline’s operation, but it also has knock-on effects on the surrounding countries. Each time a flight transits a country’s airspace, the airline must pay them a certain fee to do so — very much like a toll road.

As seen in the images above, normally flights would route through Turkey, into Georgia, then Azerbaijan and Turkmenistan before crossing Afghanistan and into Pakistan.

With the closure of Afghan airspace, however, flights will no longer route through all the aforementioned countries, meaning they’ll lose out on a significant income from the overflight charges.

In addition, fewer flights in one geographic area means more in another area. With more flights deciding to route via Egypt and Saudia Arabia, congestion can occur and result in delays. So, not only will the flight be longer, but it is more likely to be subject to an ATC ‘slot’ delay before even leaving the gate.

What happens if airspace closes while a flight is airborne?

Planning to avoid areas of closed airspace is all well and good before departure, but what happens if an area of airspace closes or becomes uncontrolled once the flight has already departed?

Flying an aircraft around the world is like a game of four-dimensional chess. It’s a dynamic situation with any number of variables that must always be taken into consideration. Anything that affects the safety of the aircraft must always be given priority.

From the moment a flight leaves the gate, the pilots are always in communication with not only ATC but also with their flight planning or dispatch office at the airline’s operations center. Here, flight planners or dispatchers constantly monitor the global situation, looking out for anything that may affect the safety of the flight.

If a situation develops that may result in changes to the airspace through which a flight is planned to transit, they are able to take action to plan a new route and inform the pilots. This isn’t always down to something as extreme as we are seeing in Ukraine right now; normally, it’s due to bad weather, aircraft congestion or a volcanic eruption.

The operations center is able to send a message very much like an email to inform the crew of the developing situation.

As a result, there is never one clear-cut solution to solve a problem. All options will be considered by the crew and what they deem to be the best plan will be put into action.

Ideally, this would be to plan a new route with ATC, keeping them clear of the problematic airspace.

However, adding hundreds of extra miles to the route not only costs time, but also costs fuel. Fuel which, once airborne, is limited.

As a result, there must be enough fuel onboard the aircraft to enable the crew to fly the reroute. Fortunately, we never take off with the minimum amount of fuel required. All flights must carry a certain amount of ‘contingency fuel’ to allow for deviations from the flight plan. This contingency fuel is normally around 5% of the fuel required to fly from the origin to the destination.

What if this contingency fuel is still not enough?

However, we must always ensure that we land with at least our final reserve. If we estimate that we’ll land below final reserve fuel, we must declare an emergency. This is not a situation most pilots will ever experience in their entire careers.

As a result, if the required reroute will result in us arriving at the destination with less than the final reserve, we are unable to continue the flight. In this situation, we must decide to land at another airport along our route. This will involve speaking to the operations department, either via the email system or over the satellite phone and deciding on a plan which best suits the passengers and operation alike.

No matter how well we prepare for a flight, the goalposts can move at a moment’s notice. As a result, one of the key skills to being a good airline pilot is the ability to be flexible and adaptable.

Airspace closures are just one of the factors that can change the course of a flight. As a result, all flights carry extra fuel.

However, there’s only so much extra fuel a flight can carry and in extreme circumstances, the flight may not be able to continue to its destination but must divert to another airport instead.

This is never a desirable option, but when flight safety is the most important factor, sometimes we have to make tough decisions to ensure that we keep everyone on our aircraft safe.

Featured image by The CPDLC automatically loads the new clearance in the 787 which reduces the chance of errors. (Image Charlie Page/TPG)