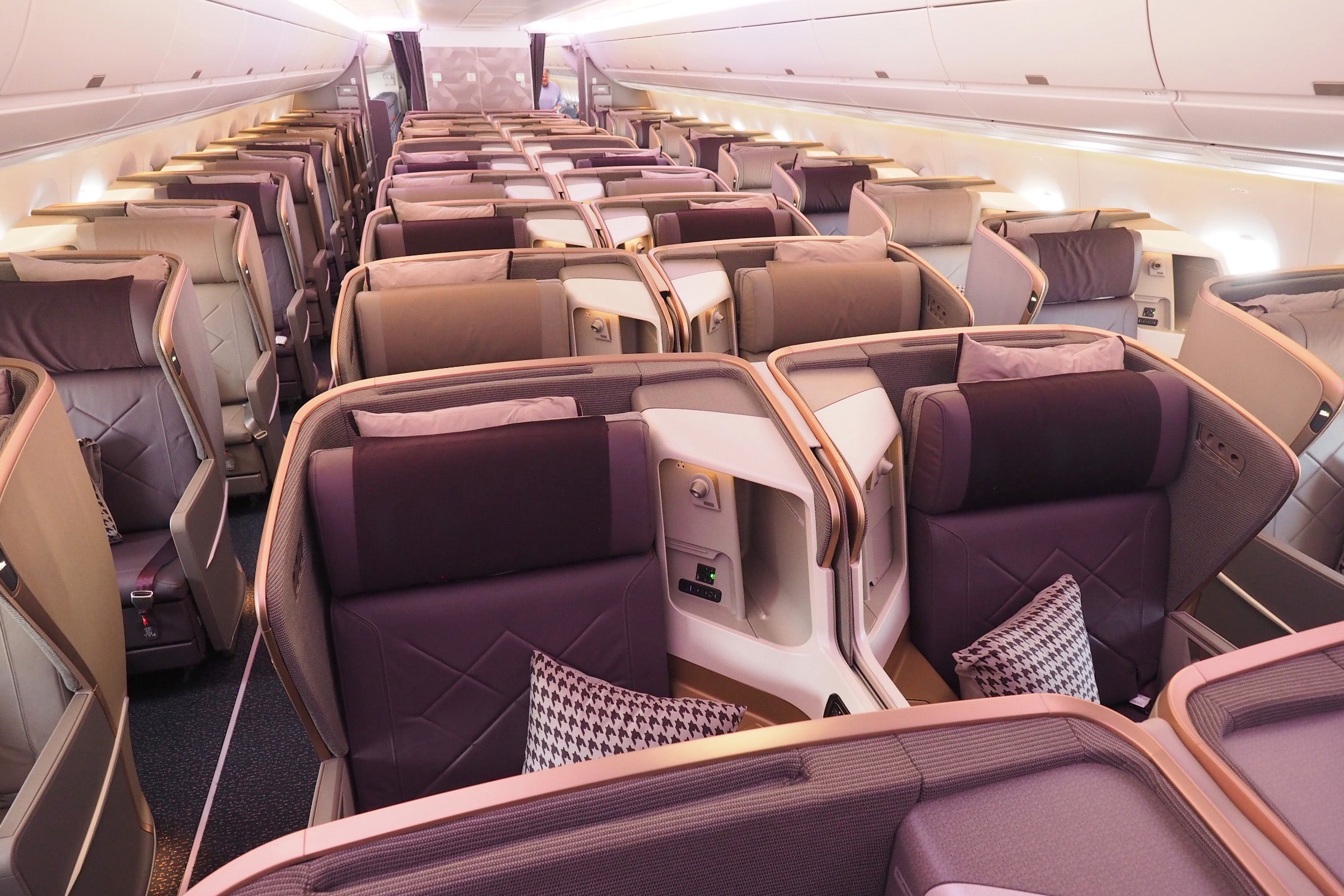 Business Class Awards Now Available on Singapore's Newest US Route
This post contains references to products from one or more of our advertisers. We may receive compensation when you click on links to those products. Terms apply to the offers listed on this page. For an explanation of our Advertising Policy, visit this page.

Last week, Singapore Airlines announced it would be flying nonstop between Seattle (SEA) and Singapore (SIN), which comes soon after two other new long-haul flights took off, including its nonstop between Los Angeles (LAX) and SIN and the world's longest flight, Newark (EWR) to SIN.

Now, One Mile at a Time reports that there is good award availability on the new route, including open seats in all three classes: business, premium economy and economy.

Singapore will fly its Airbus A350-900 when the route launches on Sept. 3, 2019. Business class is laid out in a 1-2-1 configuration and goes for 88,000 Singapore KrisFlyer miles one-way (at the saver level) with just $5.60 in taxes on flights outbound from Seattle.

Singapore awards are bookable with miles from any of its Star Alliance partners like United or Avianca — however, it usually opens up more premium cabin space to members of its own frequent flyer program. So your best bet is to transfer in points to your Singapore KrisFlyer account from either American Express Membership Rewards, Chase Ultimate Rewards, Citi ThankYou Rewards or Starwood Preferred Guest/Marriott.

Since flights start in September of next year, you'll only be able to book seats through the end of October. The route operates 3 times a week (it will increase to 4x weekly in October) — flying from Seattle on Tuesdays, Thursdays and Saturdays. You may have to search a bit for saver business awards but I was able to find a handful.

Premium economy and economy awards were much easier to come by: