Articles
Jordan Allen has produced content for TPG on everything from travel trends to flight deals.
Follow
Jan. 11, 2019
•
3 min read 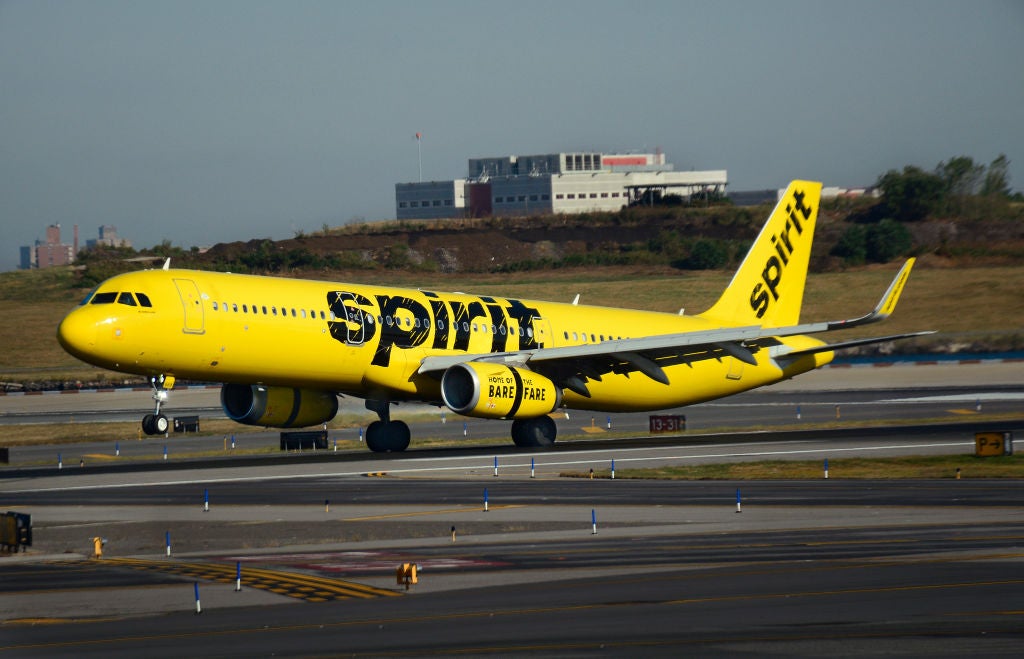 Spirit Airlines Cabin Crew Accused of Anti-Semitic Treatment of Jewish Family
This post contains references to products from one or more of our advertisers. We may receive compensation when you click on links to those products. Terms apply to the offers listed on this page. For an explanation of our Advertising Policy, visit this page.

On Tuesday, Chana and Yisroel Beck arrived at Newark Airport (EWR) with their three children to embark on their first family vacation together in Fort Lauderdale. However, from the moment they boarded their Spirit Airlines flight, things took a turn for the worst — and Chana believes that anti-semitism on the part of the flight crew is the reason why.

"It was our first family trip, a nice, beautiful vacation that turned into a traumatic experience — a nightmare from the way we were treated and how we were escorted off without being told what we did wrong,” Chana told The New York Post. The issues allegedly began when the family attempted to bring their FAA-approved Doona baby carriage aboard the plane. At the gate, airline personnel had approved the carriage, however, upon entering the actual plane, the flight crew reacted differently. “One of them said, ‘There is no way this is coming on. I don’t care who approved it at the gate. I’m the boss here and I’m going to decide if it comes on or not,’” Chana said.

Despite the mixed messages, Chara and Yisroel complied -- but the crew had more to say on the matter. “’I’m not going to discuss this — this seat is going off the plane now,’” Chana said the flight attendant said. And then, a nearby passenger reportedly overheard the attendant utter “those retarded Jews” in conversation with another staff member.

The nearby passenger, "Binyamin," said that he was so appalled by the blatant anti-semitism that he approached the Beck family to inform them that he would vouch for them if necessary.

More problems occurred when Yisroel attempted to move to his wife and children's row with their 2-year-old on his lap. A male flight attendant informed them that regulations did not allow five passengers in a single row due to limited oxygen masks in the event of an emergency. "My husband didn’t argue and returned to his seat,” Chana said. “The steward, who is called Jose, told my husband ‘shut up’ when he asked him for his last name. He said, ‘You’re going to have law enforcement meeting you when the plane lands.'"

The crew member kept his word. When the plane landed in Fort Lauderdale, the family was escorted off the plane by two police offers and two Spirit supervisors. "The supervisors said the (attendants) had notes on us, that we weren’t listening and that ‘just like you want us to believe your story, we have to believe what they wrote about you.’” Chana said. They were then told that their return tickets for Jan. 15 would not be honored and that they were no longer permitted to fly Spirit Airlines.

“It was pure anti-Semitism for literally nothing,” said Chana.

TPG reached out to Spirit for a statement on the incident:

"The safety of our Guests and crew is our top priority. Our records indicate that this Guest ignored flight and ground crew instructions multiple times, beginning with the boarding process and continuing through landing.

While the Guests have not contacted us with any allegations of discrimination, we will now launch an investigation and take these matters very seriously. Spirit Airlines does not tolerate any form of discrimination. We are extremely proud of the diversity of our team and strive to provide exceptional service to all of our Guests."