Articles
Caroline Tanner covers news and travel for TPG. She is a journalism graduate of Mizzou and Northwestern.
Follow
Jan. 05, 2023
•
8 min read 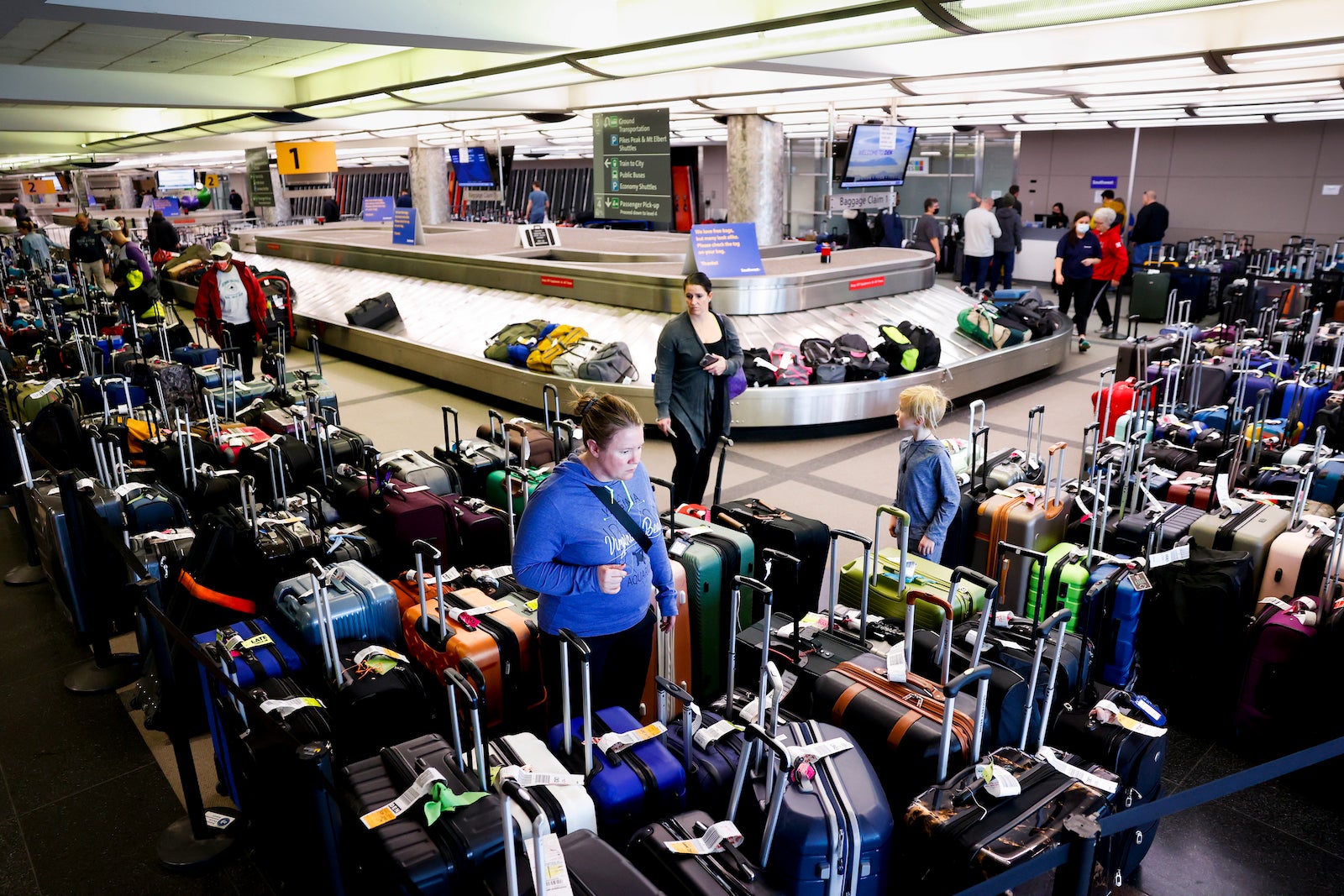 This week, Southwest Airlines continues to delay and cancel flights following its massive meltdown over Christmas and into the new year.

TPG asked readers whose flights were "canceled or significantly delayed" Dec. 24, 2022-Jan. 2, 2023, to tell us what the process of requesting a refund to the original form of payment for unused tickets has been like. If you want to share your story with TPG, please do so here.

These comments came from a request for information in the TPG newsletter. Since satisfied customers are less likely to respond, the answers are more likely to be negative. Still, TPG thought it was important to share some of our readers' frustrations. We reached out to Southwest for comment, but haven't heard back as of press time.

Amid the chaos, Southwest announced it would honor reasonable requests for meals, hotel stays and alternate transportation incurred by affected passengers.

If you haven’t filed for a refund yet, read our step-by-step guide to requesting a refund.

Of the more than 125 people who responded to TPG by the time of publication, almost all had filed their requests for refunds, but less than a quarter had received them. Overall, almost all readers we heard from are still missing luggage.

About a quarter of people have received full refunds for their affected flights. Many of them said the initial request process did not provide specific information about what was required for submission beyond filling out a form online.

"Our flight was canceled, and we decided to drive instead of waiting four days for the next available flight," customer Larry Box, who was supposed to fly from Dallas Love Field (DAL) to Tampa International Airport (TPA) on Dec. 26, 2022, said. "We requested a refund for our travel expenses — car, hotel, meals, gas, parking, additional pet care, etc."

Even so, Box says he was only approved for a partial refund (which he has not received) but was not eligible for a full refund because itemized receipts are required for reimbursement consideration. However, this requirement is not clear in the instructions from Southwest.

"There was NO information on what to provide. The only guidance I received was for me to submit an email through their website," he said. "I neglected to get receipts for my meals and gasoline (we rented a car and drove 18 hours home). I provided screenshots of the credit card charges through Capital One, but they were denied because they weren’t itemized."

While Box appreciates the airline considering his request, he criticized its "archaic system" for making him feel like he was "communicating with someone from 20 years ago."

Ironically, it's partially Southwest's antiquated crew-scheduling system that got the airline into this mess in the first place; the system failed to handle the volume of reaccommodation requests from pilots and flight attendants, leading to hourslong waits for new assignments and further bogging down the carrier, TPG reported last month.

"When Southwest responds to emails submitted, all responses are from a no-reply email address," Box said. "In order to check on the status of anything or ask another question, you have to send another email that creates a new case number."

The airline's request for itemized receipts versus submitting a screenshot of a credit card statement has irritated Box and others. They believe this tactic is simply slowing down the process overall.

"The refund web page is a poor UX. You enter the reservation number and name and hit submit, and then nothing happens," Frederick Barber of Dallas said. "The form resets, but there is no confirmation page, no case number, no automated email, nothing."

As of publication, many requests remain unfilled, and a substantial number of people are still waiting for reimbursement for their extra costs (such as meals, hotels, gas, parking, toiletries and clothing).

Some have received nothing at all.

"No response yet. Filed in initial reimbursement request on 12/28 with two follow-ups," Peter McDermott said.

"Submitted refund for canceled flight on Dec. 27, 2022, and reimbursement request for rebooked flight on Delta to Orlando International Airport (MCO) since Southwest did not have any available flights for at least five days and I could not wait that long nor risk any further delays," Matthew Smidowicz said. "Have had no contact as of Jan. 4. I understand that Southwest customer service reps must be completely overwhelmed; however, I also have limited time during the work week and cannot be tied up on hold for long periods of time."

Several of the people we surveyed are still missing their luggage.

"My luggage is still either stuck at Baltimore/Washington International Thurgood Marshall Airport (BWI) or on its way to the destination airport — Detroit Metropolitan Wayne County Airport (DTW)," Tony Reyes said. "I currently don’t have the exact location of my luggage."

Not only did Southwest cancel multiple of Stephanie Coleman's flights to Ronald Reagan Washington National Airport (DCA), she had to purchase two additional flights on another airline to get her family back home after Christmas.

"We ultimately purchased flights to Philadelphia International Airport (PHL) and then drove the three hours to Washington, D.C. We were delayed five days longer than expected, so this also added on costs for pet sitting and the garage our car was in at the airport, not to mention lost income due to not being able to get home to work," she explained. "Additionally, they lost our luggage — all five bags. We are on day 11 and have not heard anything. We have received ZERO communication from Southwest."

Other passengers, including Kathy Elliott and Michael Baughman, are in similar positions.

"We have only received one piece of luggage out of four," Elliott told me. Baughman was still waiting for his luggage.

"One week later, I’m still waiting for my luggage to show up," he said. "They keep telling me it is sitting in Denver International Airport (DEN) and will be delivered to my final destination."

As people wait for the lost baggage, flyers report frustration with the conversation. One traveler, James Lee, said he asked agents to deliver bags to his daughter's home since no one would be at his house.

"While awaiting our flight at Los Angeles International Airport (LAX), Southwest called us to tell us our bags were in Cleveland. We told the Southwest baggage people that we were not going to be in Cleveland until February and that they should take the bags to my daughter's home as no one was at our home," Lee said. "We gave my daughter's address three times during the conversation. Yesterday we got a call from our neighbor who saw our bags on our porch."

Some have identified the whereabouts of their luggage thanks to AirTags, but can't access them until Southwest notifies them.

Though almost no one we spoke to has relied on credit card protections offering travel insurance to help with the affected flights, remember that these protections can be vital in situations like these.

For more information on credit cards with this benefit, read:

Of the 130 (and counting) passengers we spoke to about the Southwest issues, almost everyone has submitted their complaints. Some requested an actual refund while others asked for a flight voucher or Rapid Rewards points, the airline's version of miles.

As TPG previously reported, Southwest is also sending 25,000 bonus Rapid Rewards points to affected travelers. You will receive the points in an apology email with the subject line "A message from Southwest CEO Bob Jordan."

While the airline continues to sort out this mess, we will continue reporting on it.

For our latest Southwest coverage, see:

Featured image by MICHAEL CIAGLO/GETTY IMAGES
Editorial disclaimer: Opinions expressed here are the author’s alone, not those of any bank, credit card issuer, airline or hotel chain, and have not been reviewed, approved or otherwise endorsed by any of these entities.