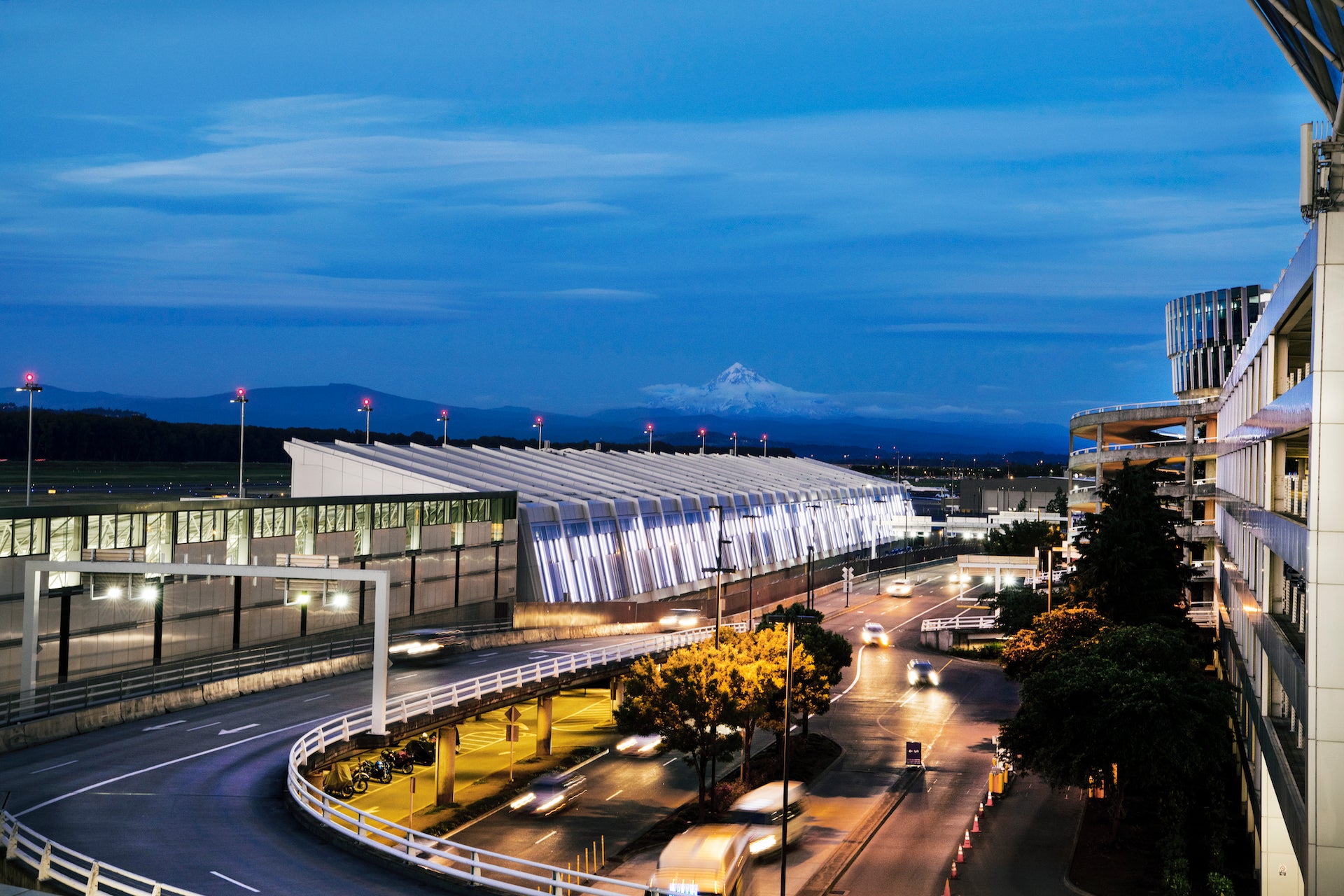 Southwest Airlines inaugurates a new 'very Portland' concourse at PDX
This post contains references to products from one or more of our advertisers. We may receive compensation when you click on links to those products. Terms apply to the offers listed on this page. For an explanation of our Advertising Policy, visit this page.

No longer will they join the majority of Portland International Airport (PDX) travelers cramming into security on the south side of the terminal and trekking to gates on Concourse C to catch their flights. Instead, they will be departing on the north side of the facility from a gleaming new extension to Concourse E.

Southwest is moving to six new gates added to Concourse E as part of an on-going modernization of Portland's airport. The shift aims to balance the number of travelers departing from the north and south sides of the terminal, alleviating crowding — inadvertently making it easier for travelers to socially distance during the coronavirus pandemic — and giving the Dallas-based carrier some enviable new digs.

“When you get down to the end of the concourse, it’s the grand moment," said Michelle Vo, a principal at Hennebery Eddy Architects, who worked on the extension project. That moment shows off one of Portland's best known natural icons: Mount Hood.

Hennebery Eddy and Fentress Architects, who jointly designed the concourse, play up Portland and the Pacific Northwest's outdoors vibe in the space. In addition to the grand panroama of Mount Hood at its end, the linear facility captures as much natural light as the rainy climate will provide with windows on nearly all sides: north to the aircraft ramp and Columbia River, and south to the airport's entry drive and headquarters building.

The aim is to create a space that encapsulates Portland's local identity while at the same time being functional and pleasing to travelers. For example, concessions — including an outlet of famous Oregon creamery Tillamook — are located about every 200 feet along its 800-foot length. In addition, every seat features outlets for waiting flyers to charge their devices.

The concourse also features an intricate mobile of kite-like discs by artist Jacob Hashimoto hung from the ceiling.

"It's very Portland," is how Port of Portland spokesperson Kama Simonds described it to TPG.

Opening amidst a pandemic was not what Portland had in mind when work kicked off six years ago. First proposed in 2014, the airport was five years into its recovery from the Great Recession and in the middle of a decade of sustained growth that saw passenger numbers climb at a nearly 4% compound annual rate to 19.5 million by 2019, according to U.S. Bureau of Transportation Statistics (BTS) data via Cirium.

Initially, Portland planned to move Alaska Airlines — the airport's largest airline, carrying nearly 43% of flyers there in 2019 — to Concourse E with an extension designed for its regional affiliate Horizon Air.

By 2017, the project had morphed to moving Southwest to the concourse. This followed Alaska's acquisition of Virgin America in 2016 and a change in its regional strategy that called for more Embraer E175s regional jets and fewer De Havilland Canada Dash 8 turboprops.

Now, Southwest joins Delta Air Lines and United Airlines on the northern side of the passenger terminal -- both major carriers have operated from gates there since at least the 1990s -- plus a number of budget and international carriers in Concourse D. Alaska, American Airlines and JetBlue Airways will remain on the south side.

One thing travelers may notice about Southwest's new gates is the distance. With the entire length of Concourse E coming in at about 1,385 feet, the walk from security to that picture-perfect view of Mount Hood is about the length of five-and-a-half Portland city blocks.

“If you took the tallest building in Portland and laid it on its side, we would be by far the longest," said Vo.

The architects installed moving walkways through the extension to speed the walk to the end. However, due the relatively narrower width of the older section of Concourse E, they could only fit in walkways going one direction — or towards the Mount Hood window.

Related: Here are 5 airports designed by Black architects that you should know

In addition, owing to the pandemic, only three of the seven planned concessions will open Wednesday. Those include Tillamook, a curated gift shop called Calliope and the newsstand and sundries shop Northwest Travel Mart.

The airport is working with the other retailers, many of whom are local businesses, on opening in the future, said Simonds.

The opening comes as the outlook for air travel remains uncertain at best. Simonds describes the Portland airport's view as "hopeful but practical," without providing any specifics on when it expects traveler numbers to return to their 2019 peak.

Portland saw just 78,000 flyers in May, or 9% of the number it handled a year ago, according to its latest data.

Simonds said traveler numbers are now up to about 27% of last year — down significantly year-over-year, but a marked improvement from May.

Airline schedules have improved with the return of some leisure travelers. Carriers plan to fly about 42% of what they flew last year in July, Cirium schedules show. Southwest will operate more than half of its 2019 schedule while Alaska will fly roughly 40% of last year.

Southwest has already made some longer-term changes to its Portland operation. It will drops nonstop flights to five airports in December: Burbank (BUR), Los Angeles (LAX), Ontario (ONT) and San Diego (SAN) in California, as well as Kansas City (MCI), according to Cirium. At the same time it will increase frequencies between Portland and its large bases in Las Vegas (LAS), Phoenix (PHX) and St. Louis (STL).

Related: Southwest Airlines is cutting more than 100 routes from its ‘full’ schedule this winter

A post shared by Hennebery Eddy Architects (@henneberyeddyarchitects) on Jul 9, 2020 at 3:04pm PDT

The Dallas-based carrier could make additional changes to its future schedule depending on how the recovery continues, something its CEO Gary Kelly has said he is "concerned" about.

Portland is not the only airport where Southwest is moving into new digs this week. Nashville International Airport (BNA), where the carrier is the largest operator, opens a new six-gate concourse for the airline on Friday, July 17.

While the broader recovery in air travel is far outside Portland's purview, the airport is making the best of the situation. It is using the slowdown to speed up work on its other concourse project, a new Concourse B for Alaska that is due to open in 2021. However, plans for a new "iconic" terminal building by 2025 are under review with changes possible as a result of the pandemic, said Simonds.

A post shared by Airport Architecture (@airportarchitecture) on Sep 3, 2019 at 7:16am PDT

Featured image by The Concourse E extension and Mount Hood at Portland International Airport. (Photo courtesy of the Port of Portland)