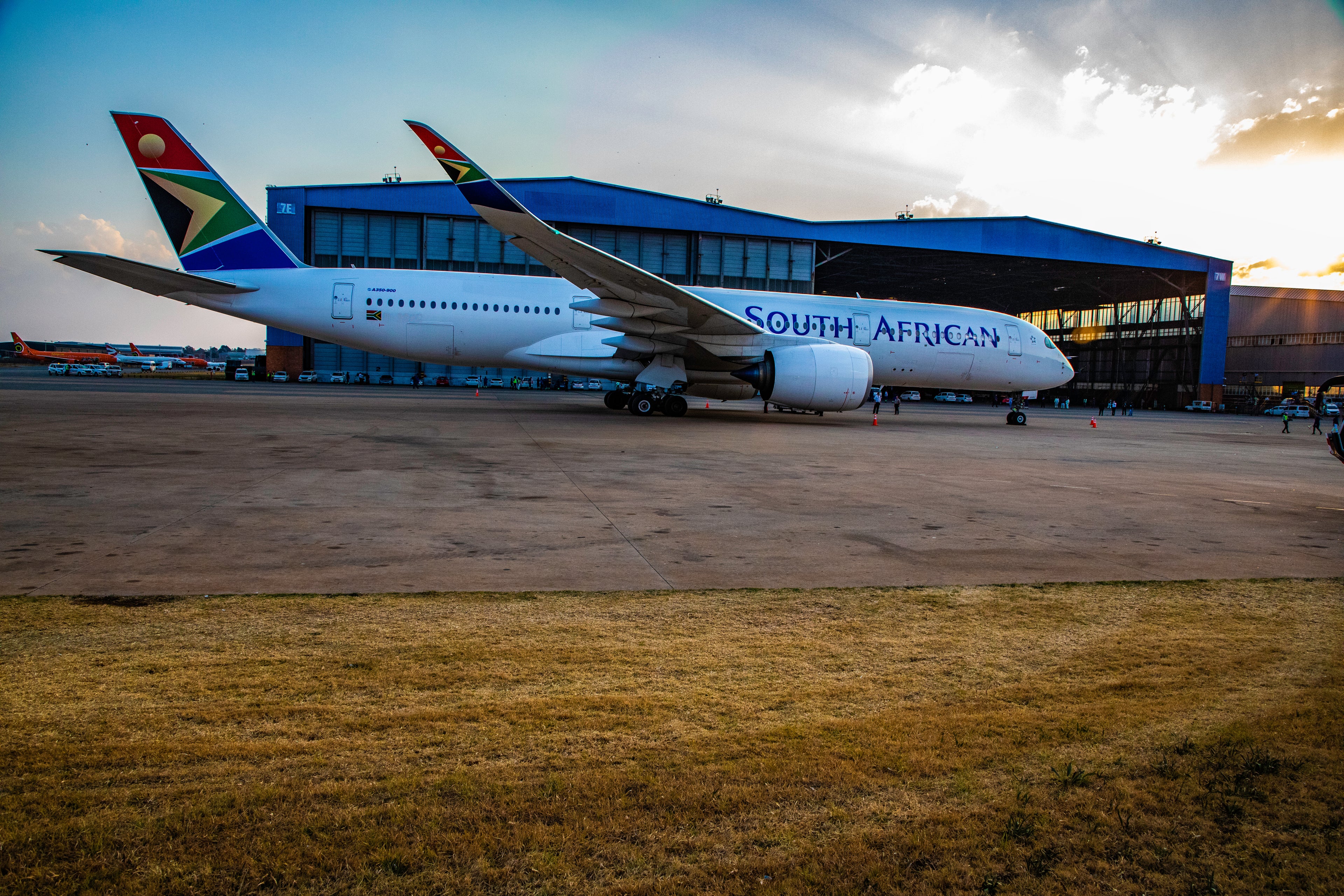 South African Airways to launch JFK Airbus A350 service in January
This post contains references to products from one or more of our advertisers. We may receive compensation when you click on links to those products. Terms apply to the offers listed on this page. For an explanation of our Advertising Policy, visit this page.

This article originally reported that the A350 would start flying between Johannesburg (JNB) and New York John F. Kennedy (JFK) on Feb. 7. That date is now Jan. 21.

We now have a date for when South African Airways will start flying its brand new Airbus A350-900 on its flagship route between Johannesburg and New York JFK.

One Mile at a Time first reported that the aircraft would make its debut on February 7, but a check of the airline's schedule online revealed that the first flight with the A350 is as early as January 20 from Johannesburg (JNB), arriving at JFK the next day. That's still almost two months after its original December launch date.

The twin-engine A350-900 replaces the less fuel-efficient, four-engine Airbus A340-600. The 8,000-mile flight operates six times a week, then seven times a week from April.

The A350 also introduces a far superior onboard experience on this route, which South African is the only airline to serve. The airline's A340s have a dated business class arranged in a 2-2-2 seat layout, while the A350s have a 1-2-1 biz class offering direct aisle access to all seats.

The first two A350s for South African are used, coming from Hainan Airlines according to FlightGlobal, and two more are being subleased new from Air Mauritius.

SAA is selling five A340-300s and Airbus A340-600s to help pay for the four A350s it's leasing, according to its website. “After we received the four new Airbus A350-900, it has become necessary for us to sell our older models to accommodate the new models with superior features such as the quieter cabin, relaxing in-flight environment and more extra-legroom seats in economy class and lie-flat beds in business Class,” said Zuks Ramasia, SAA’s acting CEO, in a statement. “When we received five A330-300s in late 2017/early 2018 we had already planned to retire five A340s at that time, but due to the operational fleet undergoing maintenance, the retirement of the aircraft was postponed. Now is the time to sell the aircraft.”

SAA's A350-900 is configured with 339 seats — 30 lie-flat seats in business class and 309 in economy, including the first six rows that offer extra legroom. (No photos of the new A350 interior were available at press time. TPG has reached to SAA and will update this post with any additional images. Below are photos of SAA's A330 interior, designed by London-based firm PriestmanGoode, for reference.)

Related reading: This Could Be the True Pride of Africa: South African’s New Business Class on the A330

The carrier has been running under volunteer bankruptcy as the National Treasury and the Department of Public Enterprises are trying scramble to find additional funding.