Articles
Samantha Rosen was one of the first 20 employees at TPG. She started as the site's first full-time social media editor and also served as its lifestyle editor.
Follow
Dec. 25, 2019
•
4 min read 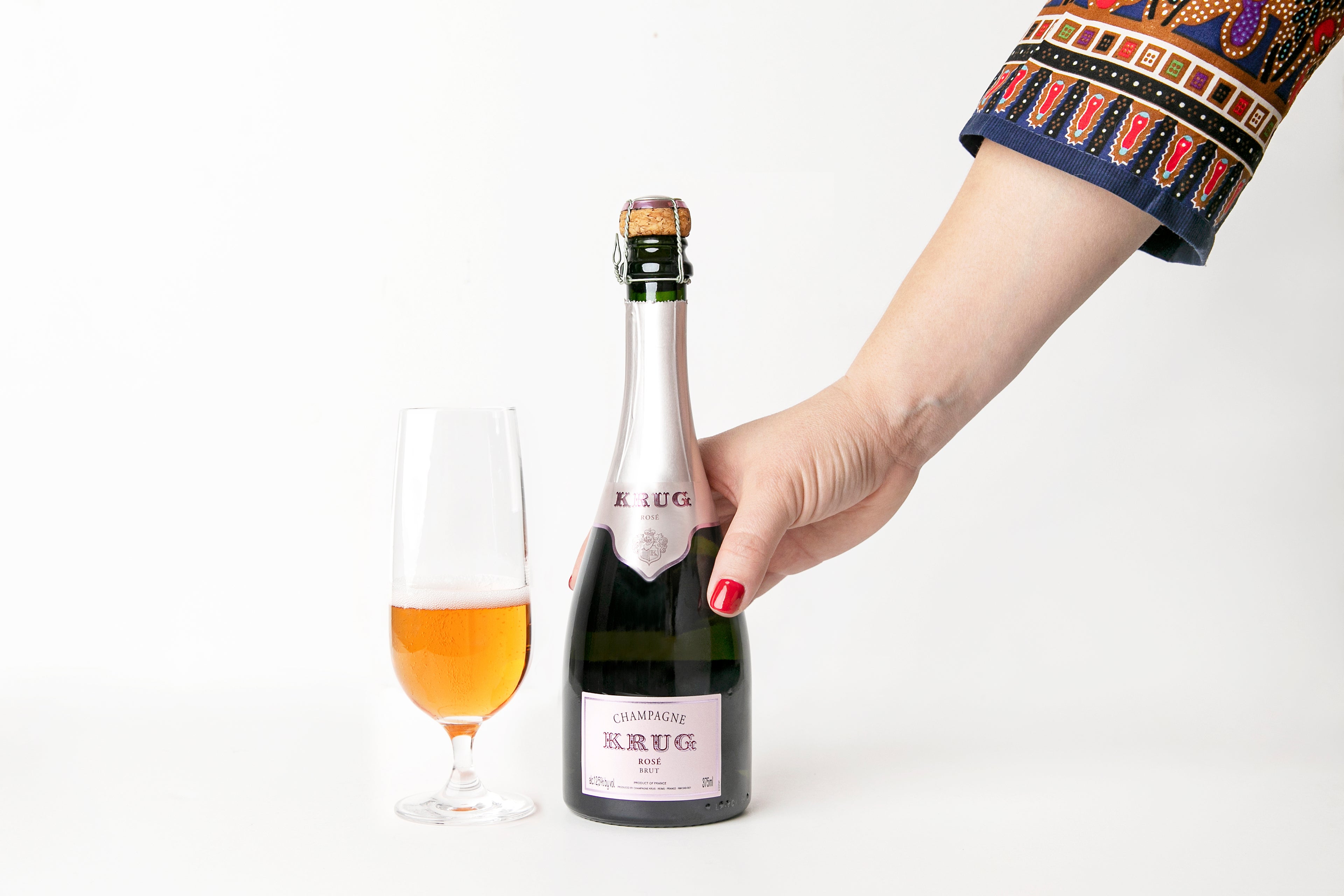 Christmas cheers: Singapore Airlines is serving Krug rosé in first class for a limited time
This post contains references to products from one or more of our advertisers. We may receive compensation when you click on links to those products. Terms apply to the offers listed on this page. For an explanation of our Advertising Policy, visit this page.

If you're flying Singapore Airlines first class, you have a lot to look forward to. And if you've booked a flight with the airline between Christmas Day and Dec. 26, there's even more to be excited about.

For a limited time — just Dec. 24, 25 and 26 — the airline is serving Krug rosé to first class passengers on all of its routes. This will be in addition to the Dom Pérignon and Krug Grande Cuvée that passengers already know and love. The airline has served these two Champagnes for more than two decades, but wanted to add a bit more diversity to its wine program.

This follows in the footsteps of the airline's recent addition of Taittinger Comtes de Champagne in first class, which is served on flights from New York-JFK, San Francisco (SFO) and Los Angeles (LAX) to Auckland (AKL), Beijing (PEK), New Delhi (DEL), Dubai (DXB), Tokyo (HND) and a handful of other major international hubs. The Comtes de Champagne was introduced on Oct. 27, and will be rotated to other routes in February 2020.

With the addition of Taittinger, Singapore Airlines brought its total number of Champagnes in first class to three. Now, with the limited-time appearance of the Krug rosé, Singapore's first class flyers can select from four distinct Champagnes.

I had the chance to taste the Krug rosé during a recent media lunch with Master of Wine Jeannie Cho Lee. And it was, as you'd expect, divine — a little fruity, but not at all overpowering.

Lee, who also runs the education, consulting and events company Asian Palate, told me during lunch that the Krug rosé pairs well with pretty much everything you can order while flying Singapore Airlines first class. So go ahead. Order everything on the menu, including that Lobster Thermidor.

This prestige cuvee rosé is blended from a palette of wines from three different grape varieties, plus a skin-fermented Pinot Noir wine that gives this bubbly rosé its beautiful blush color. The rosé rests in Krug's cellars for at least five years, and a bottle retails for about $350 on the ground.

Once you taste it, we have a feeling you'll instantly be put in a celebratory mood. What better way to get into the holiday spirit?

Singapore Airlines first class is one of the best ways to fly. Period. In fact, in February of 2018, The Points Guy himself, Brian Kelly, called Singapore Suites the world's best first class. If that alone isn't enough to make you want to fly it, maybe this picture is:

As you might expect, it's not easy to book an award flight in Singapore's most coveted cabins — although not impossible. If flying Singapore first class is on your must-do list (we can't say we blame you), you'll want to check out this guide to help you do so.

In the meantime, drink up.