Scrapping the First A380s Is a Jumbo Task

Articles
Max Prosperi is a part-time frequent flyer and travel writer and full-time student. Based in St. Louis, Missouri, Max covers a variety of topics with a focus on points, miles, and aviation.
Follow
May 12, 2019
•
6 min read 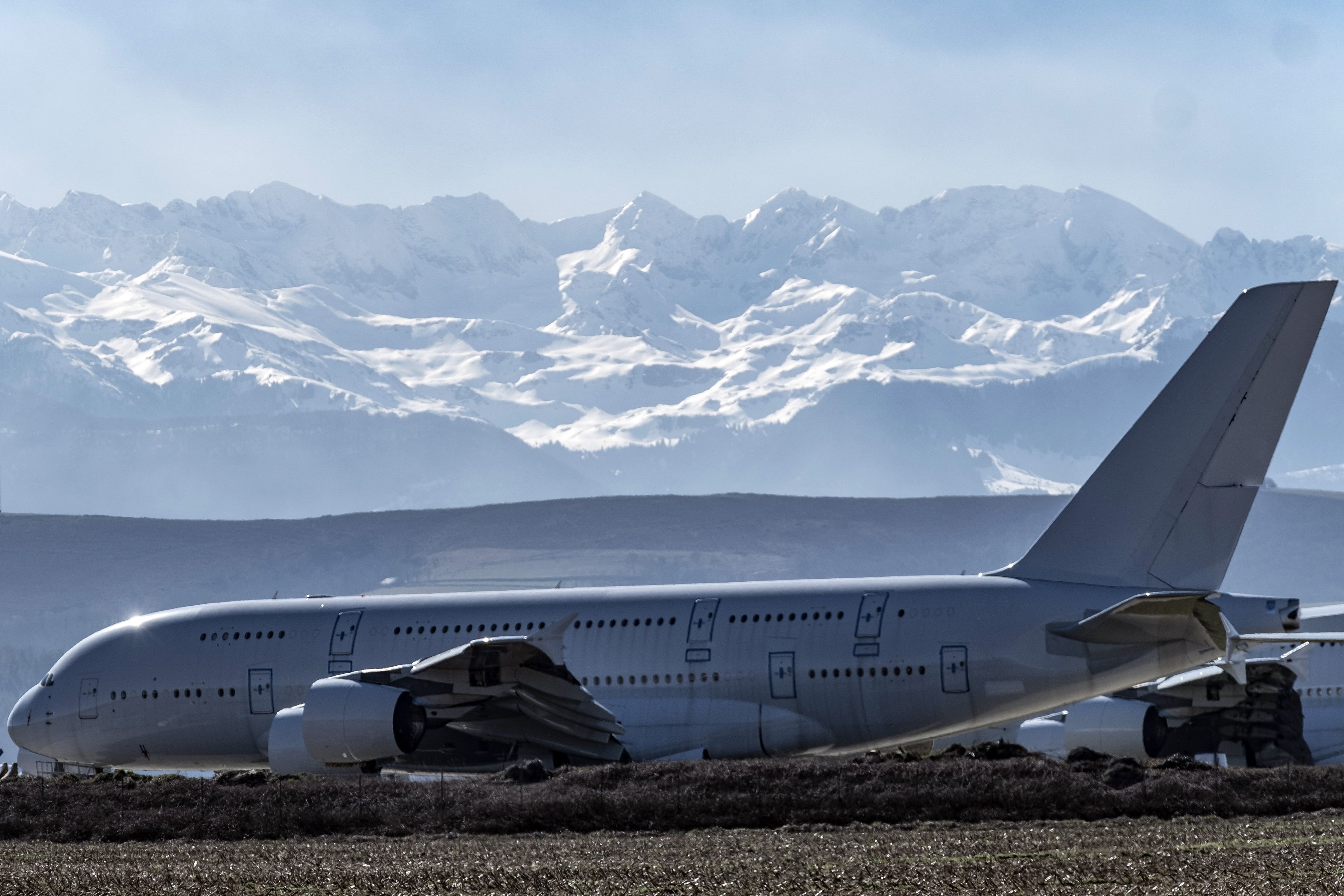 Scrapping the First A380s Is a Jumbo Task
This post contains references to products from one or more of our advertisers. We may receive compensation when you click on links to those products. Terms apply to the offers listed on this page. For an explanation of our Advertising Policy, visit this page.

When the Airbus A380 made its debut, the aircraft was considered the widebody of the future. With a range of around 8,000 nautical miles and a maximum capacity of 853 passengers, the A380 was truly a feat of engineering. The Airbus A380 racked up 290 orders from 14 carriers in Europe, Asia and Oceania. Airports worldwide rushed to construct Airbus A380-capable gates assuming the super-jumbo would become as commonplace as the Boeing 777 or Boeing 747. But while the A380 remains one of the most technologically advanced passenger aircraft in service, the program is coming to an end.

In February 2019, Airbus announced that production of the Airbus A380 would end in 2021. Though most of the Airbus A380s produced remain in service, some customers are ready to rid their fleet of the superjumbo. In January 2019, two of the first Airbus A380s to roll off the production line made their way to the scrapyard. Today, the process of scrapping those aircraft is well underway. However, scrapping an Airbus A380 is a superjumbo task that ultimately takes years.

It takes Airbus, on average, around 10 months to complete production of an Airbus A380. In 2013, however, Airbus managed to build an A380 in just 80 days. Producing an A380 involves shipping parts across Europe to Blagnac, France from nearby England, Spain and Germany by sea, rail and air. Once all of the parts arrive at Airbus' facility in Blagnac, the aircraft is assembled, undergoes testing, and eventually, is delivered to the customer. Surprisingly, disassembly and scrapping an A380 takes more than twice as long as it does to build and deliver the aircraft.

How the A380 Will Be Scrapped

Tarmac Aerosave, a French aircraft maintenance and management company, is tasked with scrapping the first two Airbus A380s. The first two Airbus A380s to be scrapped, 9V-SKA and 9V-SKB, began their transition to scrap metal with a flight to Lourdes Airport located in France. There, the A380s were briefly stored. In January, the process of scrapping the aircraft began.

The first step in scrapping an A380 involves draining any fluids that remain onboard the aircraft. Most of these fluids are from the aircraft's hydraulic system. Other fluids that will be drained from the aircraft include any remaining fuel, engine oil, potable water and waste. Hydraulic fluids used aboard the A380 pose a potential environmental and health hazard and must be disposed of in accordance with local laws. Jet fuel, engine oil, and waste must also be disposed of carefully.

Once the aircraft is drained of any fluids, the disassembly process begins. The engines are the first component of the A380 to go. With the aircraft type still in service around the world and the A380's engine still of value to dozens of operators, the previous operator, Singapore Airlines, should be able to recoup hundreds of thousands of dollars from the engines: The four engines found on an A380 can be leased to other operators for as much as $480,000 per month.

WATCH: The Points Guy memorializes the A380 in graffiti

Photos captured in mid-February 2019 show one of the A380s already void of its engines.

With the engines removed from the aircraft, the scrapping process continues with the removal of the aircraft's interior, including seats, lavatories and galleys. Once the interior of the aircraft is essentially stripped bare, parts that hold the most value are removed from the aircraft. Valuable parts include avionics found in the flight deck, flaps, spoilers, ailerons and windows. Each part is checked to ensure that it is fully functional and then registered, at which point the parts hit the market.

At this point, the scrapping process continues with further disassembly. If a part can be sold to another operator or sold for scrap, the part will be carefully removed from the aircraft. The removal of the more than 4 million parts will take the majority of the estimated two years it takes to fully scrap an A380.

After the remaining parts with any value are removed from the aircraft, what's left is the A380's shell and the A380's fuselage, wings, tail and possibly its gear. In the US, many aircraft shells remain fully assembled for years as seen in this following image.

The Airbus A380's shell will eventually be broken up piece by piece and recycled. Even the aircraft's massive doors will likely be removed and sold to other airlines and operators. It is estimated that 92% of an Airbus A380 can be reused, scrapped or recycled for other materials. A single A380 is expected to provide Singapore Airlines, the former operator, approximately $40 to $80 million in parts per aircraft — a figure that still pales in comparison to the estimated $250 million per unit Singapore Airlines paid for its first A380s.

The End of An Era

With the first Airbus A380s hitting scrapyards and production of the superjumbo set to end in 2021, aviation is inching closer to the end of an era. For now, though, you still have plenty of time to fly aboard the super-jumbo. Singapore Airlines still operates 19 A380s. Other operators include British Airways, Emirates, Lufthansa, and ANA, which only recently received the airline's first super-jumbo. While it may not be completely clear when the A380 will exit service, what is certain is that avgeeks still have the opportunity to fly aboard the one and only superjumbo.