I just boarded the first Royal Caribbean cruise in North America in more than a year; here's what it was like 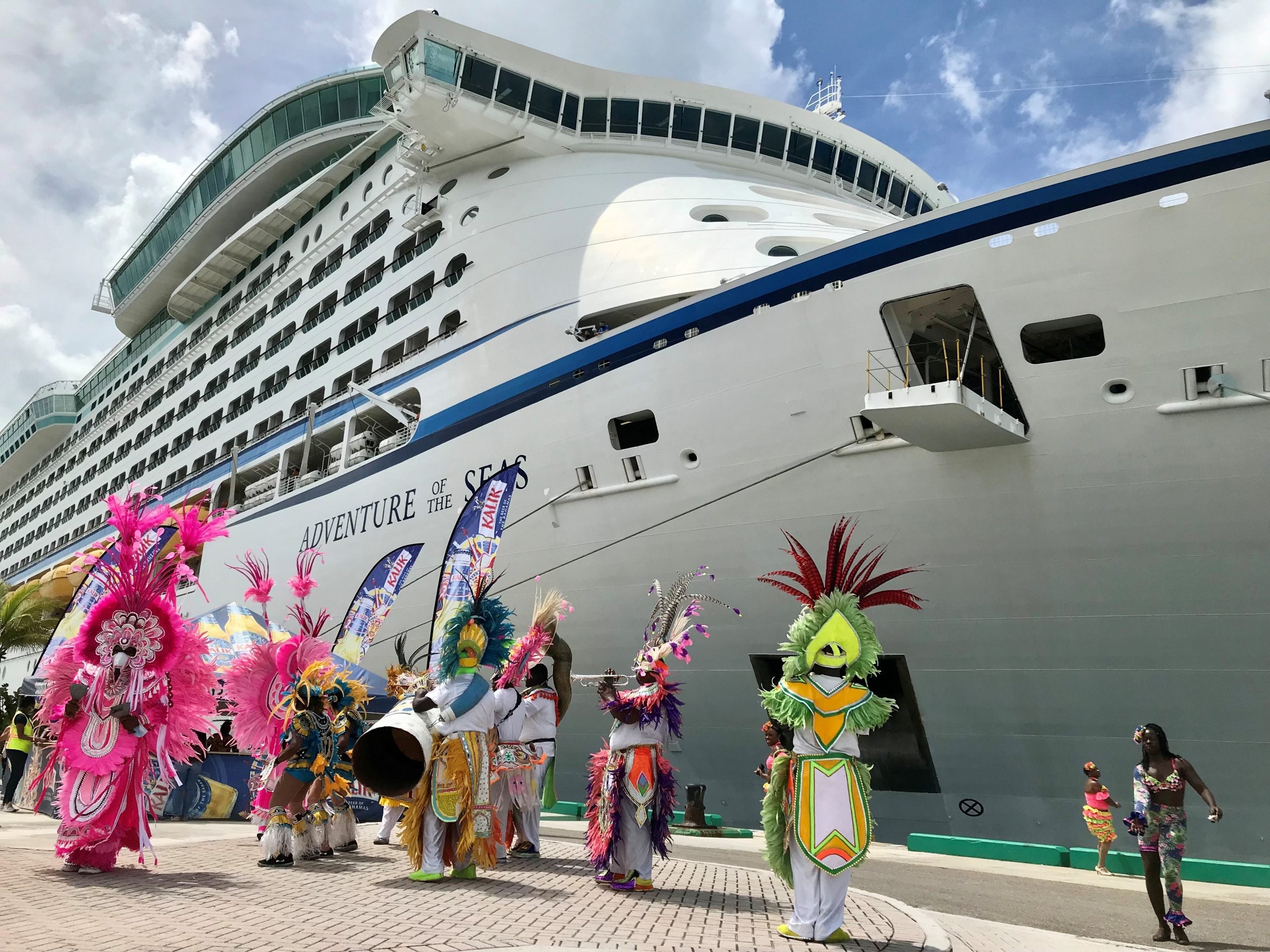 I just boarded the first Royal Caribbean cruise in North America in more than a year; here's what it was like
This post contains references to products from one or more of our advertisers. We may receive compensation when you click on links to those products. Terms apply to the offers listed on this page. For an explanation of our Advertising Policy, visit this page.

It wasn't nearly as easy as usual. But it wasn't a nightmare either.

That's my quick take on the new boarding process for Adventure of the Seas -- the first Royal Caribbean ship to restart operations in North America.

From the moment I began the process on Saturday in Nassau, Bahamas, in advance of the vessel's first sailing in 15 months to the time I stepped into my cabin, almost exactly one hour passed.

That's about four times longer than the "15 minutes or less" that Royal Caribbean used to tout as the typical time it would take passengers to get through the boarding process. The line has long prided itself on getting passengers checked in and onboard ships quickly.

But in this new era of mandatory COVID-19 screenings to access all sorts of vacation spots -- from cruise ships to theme parks to musical venues -- it didn't seem all that bad.

The boarding process definitely was different -- and right from the start. Instead of heading straight to the ship at the pier complex in downtown Nassau for check-in, passengers were told to go to the British Colonial Hilton, which is a few streets away.

There, we had to undergo a quick temperature screening just to get into the building — done with an electronic temperature reader.

My temperature was 97.0 degrees Fahrenheit, which apparently was just what they wanted to see. I was immediately allowed inside.

From there, I was directed up a set of stairs to a conference room to undergo a rapid antigen test for COVID-19 -- an extra level of screening the line added to the procedure with just a few days' notice. I only found out about the test requirement on Thursday when I received an email from Royal Caribbean. I had to quickly register online for the test, which was conducted by a Bahamian health system called Doctor's Hospital and paid for by Royal Caribbean.

Only passengers who tested negative were allowed to board Adventure of the Seas.

This day-of-boarding COVID-19 testing was the biggest factor in the longer boarding time for the sailing. After initially checking in at the British Colonial Hilton, I was immediately led to a nursing station without a moment of waiting to undergo the test -- the kind where a nurse twirls a swab in your nostrils. But I then had to wait more than 30 minutes for the results of the test to come back before continuing on with the boarding process.

Both the COVID-19 testing and the waiting took place in conference rooms in the hotel. Per Bahamian rules, we all were required to wear masks through the entire process.

The conference room where I was told to wait for my test results also had a bank of tables where I finished the check-in process for the ship.

The day-of-boarding COVID-19 test requirement is on top of a requirement that all passengers 16 years and older must be fully vaccinated for COVID-19 to sail, and it was in this conference room that a Royal Caribbean representative asked to see my vaccine card, scanning it into an iPad-like device.

Starting Aug. 1, all passengers age 12 and older will have to show such a vaccine card -- a requirement that Royal Caribbean is implementing for many but not all sailings as it restarts operations. Sailings starting up out of the Bahamas; Cyprus; the U.K.; and Seattle and Galveston in the U.S. are among those where a vaccine will be required for all passengers eligible for one. Royal Caribbean CEO Michael Bayley said in a Facebook post this week that the line also hopes to have a vaccine requirement for initial sailings out of Bayonne, N.J., in the New York area.

On this sailing there are 1,068 passengers on board, of which 94% are vaccinated, according to a Royal Caribbean representative. The 6% of passengers who are not vaccinated are children not eligible for a vaccine.

Like dozens of other passengers in the waiting room, I received my (negative) COVID-19 test results in an email from Doctor's Hospital that I then had to show to a Royal Caribbean representative to continue on with the check-in and boarding process. From the waiting room, I was directed down stairs and out of the British Colonial Hilton to a shuttle bus station, where I boarded a shuttle to the Nassau piers.

From there, it was just a short walk down one of the piers, past a colorfully costumed group of local Bahamian musicians and dancers, to the ship. I was soon on board.

TPG is one of just a handful of travel outlets on this first Royal Caribbean sailing in North America. We paid for the trip ourselves and booked anonymously.

The trip is notable for several reasons. In addition to being the first Royal Caribbean sailing in North America since the COVID-19 pandemic began, it is the line's first-ever sailing out of Nassau. Indeed, it's the first sailing by any line out of Nassau, which doesn't have its own indoor cruise terminal to facilitate departures (hence, Royal Caribbean's use of the British Colonial Hilton as an initial check-in location for arriving passengers).

Adventure of the Seas also is just the second big cruise ship to resume operations in North America since March 2020. Royal Caribbean's sister line, Celebrity Cruises, began sailings out of St. Maarten (the Dutch side of the island of St. Martin) last Saturday with a single ship, Celebrity Millennium.

Several more major lines are scheduled to restart operations in North America in the next few weeks.

The sailing thus offers one of the first glimpses of what cruising in North America really will be like when more cruise vessels restart operations.

Like many cruise lines, Royal Caribbean -- the world's biggest cruise brand -- has designed a long list of new health protocols to implement on its vessels as they return to service to make sure that COVID-19 doesn’t spread on board.

In addition to the COVID-19 testing and temperature checks mentioned above, all passengers boarding Adventure of the Seas had to answer a list of questions about their health the day before arriving at the ship. The questions were on an online form only available at the Royal Caribbean App.

Adventure of the Seas will depart Nassau late Saturday on a seven-night trip to Cozumel, Mexico; and Perfect Day at CocoCay, Royal Caribbean's private island in the Bahamas. It'll also stop at Grand Bahama Island for a day.

Follow along for additional dispatches from Gene during this notable voyage.

Featured image by Local Bahamian musicians and dancers greets passengers arriving at Adventure of the Seas on Saturday. (Photo by Gene Sloan/The Points Guy)
Editorial disclaimer: Opinions expressed here are the author’s alone, not those of any bank, credit card issuer, airline or hotel chain, and have not been reviewed, approved or otherwise endorsed by any of these entities.