Do I Need 500-Mile Upgrades in My Account to Request an Upgrade?

Articles
Ethan Steinberg has been a frequent flier for as long as he can remember. He went from studying abroad in Paris to moving to Shanghai after graduating college, where he covered all things travel in the Asia-Pacific region for TPG.
July 18, 2019
•
4 min read 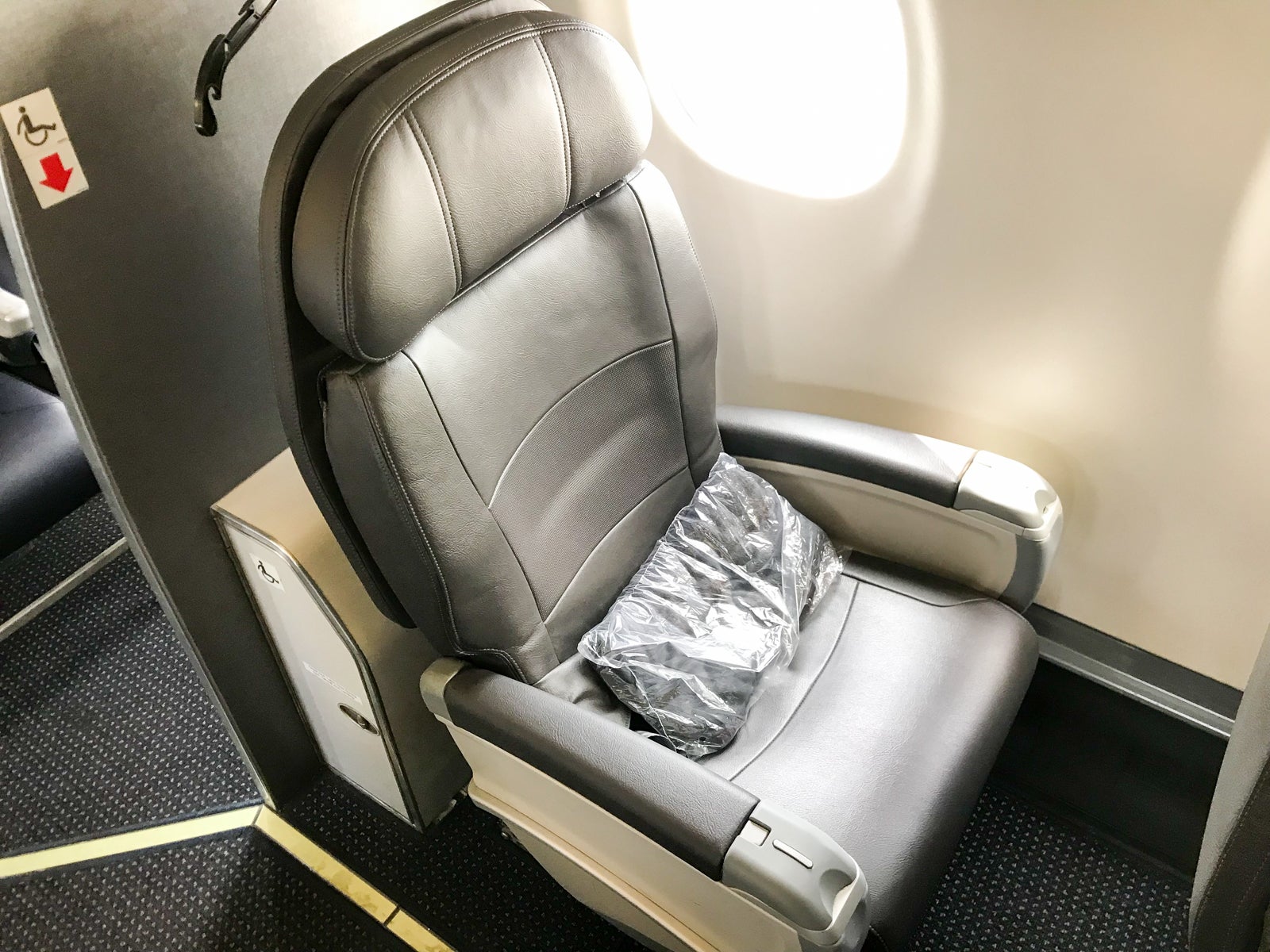 Do I Need 500-Mile Upgrades in My Account to Request an Upgrade?
This post contains references to products from one or more of our advertisers. We may receive compensation when you click on links to those products. Terms apply to the offers listed on this page. For an explanation of our Advertising Policy, visit this page.

First class upgrades are one of the most popular and sought-after benefits of airline elite status, yet each airline has a slightly different policy for how they handle them. For example, lower-tier American Airlines elites traveling on flights over 500 miles need to specifically request upgrades using the carrier's 500-mile upgrade certificates, and TPG reader Haley wants to know if she needs the certificates in her account in order to make the request ...

[pullquote source="TPG READER HALEY"]I'm flying with my daughter from Austin to JFK to London soon. It shows I need eight 500 mile upgrades for the first leg but I only have four in my account. Can I request the upgrade and buy the remaining certificates if it clears or do I need them all in my account?[/pullquote]

There are a few parts to this question, so let's break them down. The flight in question — Austin (AUS) to New York-JFK — covers a distance of 1,521 miles. Assuming Haley is an AAdvantage Gold or Platinum elite, she would need four 500-mile upgrade certificates per person for this leg (or eight for her and her daughter). If she had Platinum Pro or Executive Platinum status, she'd be automatically listed for a complimentary upgrade — no certificates needed. AAdvantage elites earn four 500-mile upgrade certificates for every 12,500 Elite Qualifying Miles (EQMs) flown, and you can buy additional certificates for $40 each. While the certificates never expire, they can only be redeemed if you currently have AAdvantage elite status.

RELATED: The Ins and Outs of American Airlines 500-Mile Upgrades

Now let's dive into Haley's question. If she needs four upgrades each for her and her daughter, one option would be to only upgrade one of them. It would be a shame to buy four extra upgrades at a cost of $160 and then not have them clear, so obviously Haley wants to wait until she's sure she can get to use them.

Unfortunately, it isn't that simple. While you can request to use a 500-mile upgrade in advance — even if you don't have enough certificates in your account — most upgrades won't clear ahead of your flight. This means that you'll be added to the upgrade list after checking in. If you don't have enough 500-mile upgrade certificates in your account at check-in, American Airlines will prompt you to buy more in order to keep your place on the upgrade list. At this point there's still no guarantee that your upgrade will clear, so it's up to you to take a look at the seat map, identify whether there are still seats for sale in first class and note how many names are on the upgrade list before you make your decision — keeping in mind that the list may not show those who haven't yet checked in.

Note that it is possible for upgrades to clear before the day of departure — starting 48 hours out for AAdvantage Platinum elites and 24 hours out for Gold elites — but more often than not, those final upgrades aren't confirmed until just before departure at the gate.

Unfortunately Haley can't wait until after her upgrade clears before buying more 500-mile upgrade certificates, but she can wait until she checks in for her flight. At that point, she'll be able to figure out a little more information on what her odds are of clearing an upgrade, though there's no guarantee.

And remember that while American has somewhat large first class cabins on its domestic aircraft, recent changes to the carrier's upgrade priority mean that a Platinum Pro or Executive Platinum member booking that flight at the last-minute would jump ahead of Haley and her daughter on the list. It's up to her to decide whether she wants to roll the dice and purchase upgrades in advance.

Thanks for the question, Haley, and if you’re a TPG reader who’d like us to answer a question of your own, tweet us at @thepointsguy, message us on Facebook or email us at info@thepointsguy.com.

Featured image by (Photo by Javier Rodriguez / The Points Guy)