Articles
Katherine Fan is a former senior travel features reporter at The Points Guy who covered everything from personal finance to travel and aviation.
Sept. 11, 2018
•
6 min read 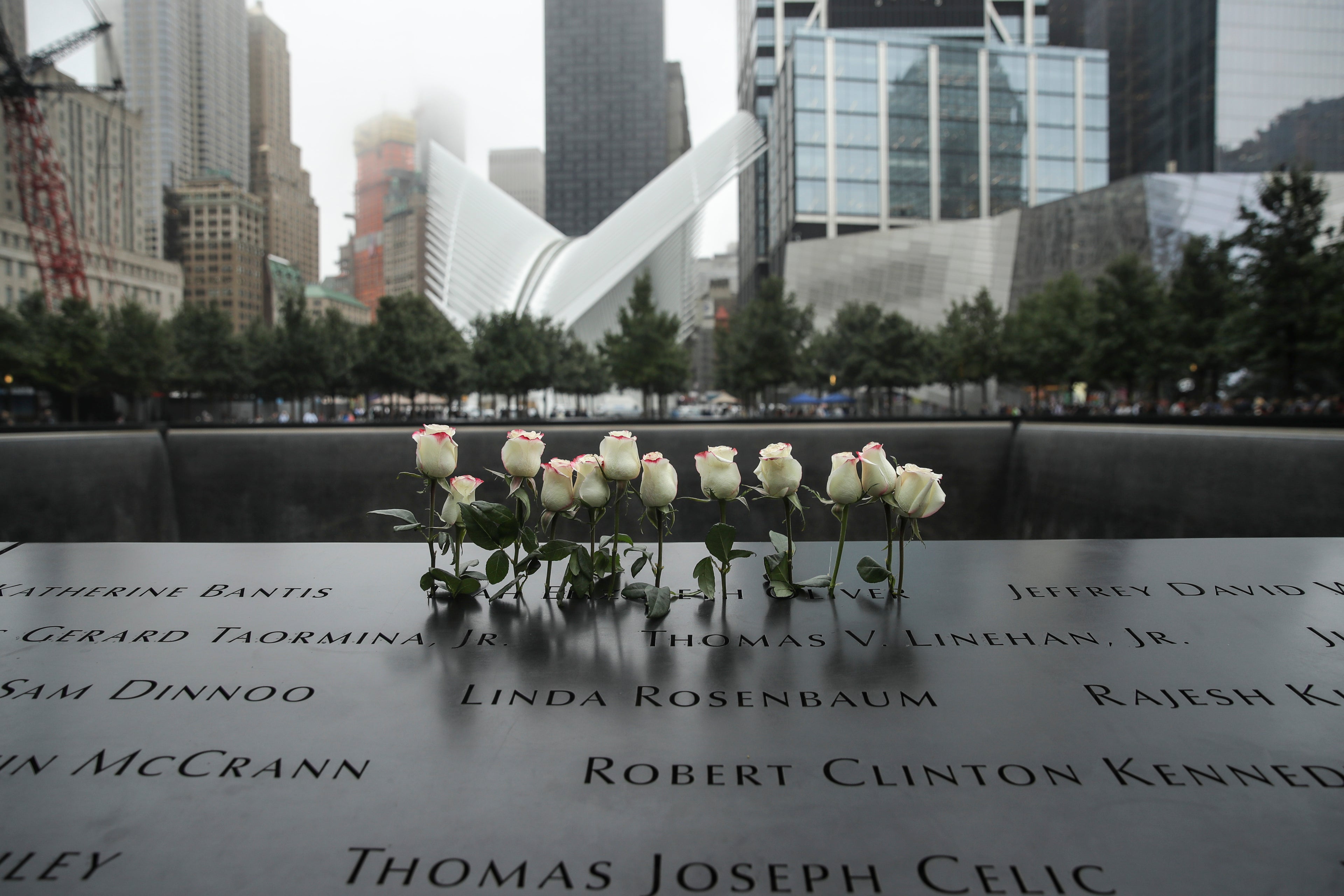 Seventeen years after the fact, Americans still feel the effect of the September 11, 2001 terrorist attacks every single day, from family and friends of the victims to New Yorkers past and present, down to the 2.1 million travelers who pass through TSA security screenings each day. Out of the thousands of heroes from that dark day, crucial champions from the aviation industry stand out. The flight crews of American Airlines Flight 11 and Flight 77, as well as United Airlines Flight 175 and Flight 93, worked with passengers and ground support up until the very end to protect the civilians they served, and to thwart the hijackers' plans.

These are their names and stories.

AA Flight 11, from Boston (BOS) to Los Angeles (LAX), crashed into the north tower of the World Trade Center with 92 people on board. The Boeing 767-200 was piloted by John Ogonowski, an Air Force veteran and Air Force Reserve member who had flown C-141 transports at the close of the Vietnam War. American Airlines 12-year veteran First Officer Thomas McGuinness had flown F-14 Tomcats for the Navy. The flight crew for the service that day were Barbara Arestegui, a 13-year veteran flight attendant; Jeffrey Collman; Sara Low; Karen Martin; Kathleen Nicosia, who had flown for American for 32 years; Betty Ong, who placed the call to American Airlines reporting the hijacking; 24-year-old Jean Roger, who had volunteered to work the flight that day; 19-year AA veteran flight attendant Dianne Snyder and Madeline Sweeney, who had worked for American for 12 years and picked up an extra shift on September 11.

UA Flight 175, from Boston (BOS) to Los Angeles (LAX), struck the south tower of the World Trade Center with two pilots, seven flight attendants, and 56 passengers on board. The Boeing 767-200 was piloted by Navy veteran Victor Saracini, who had flown 767s for United for 16 years. Co-pilot Michael Horrocks was a former Marine. The crew members were rookie flight attendant Robert Fangman, who had just joined United Airlines earlier that year; Amy Jarret, who was looking forward to marrying the man she loved; Kathryn Laborie, who worked on a political campaign before becoming a flight attendant; 21-year law enforcement veteran Alfred Marchand; engaged couple Amy King and Michael Tarrou; and Alicia Titus, who had just told her boyfriend two days prior that she loved him.

American Airlines Flight 77, from Washington Dulles (IAD) to Los Angeles (LAX), crashed into the Pentagon with 64 people aboard. The Boeing 757-200 was piloted by Naval Academy graduate Charles Burlingame, who piloted F-4s for the Navy before joining American Airlines. Co-pilot David Charlebois held an aeronautical sciences degree from Embry-Riddle and piloted corporate jets before flying for US Airways and later, American Airlines. Flight attendant Michele Heidenberger had flown for AA for 25 years, and most likely fought hard to keep the hijackers from entering the plane cockpit. Husband-and-wife couple Kenneth and Jennifer Lewis, who had met at an AA Christmas party in 1991, normally worked separate flights, but had chosen to work together in order to vacation in Los Angeles afterward. Renee May, a 15-year veteran flight attendant, had just gotten engaged a month prior.

UA Flight 93, from Newark (EWR) to San Francisco (SFO), crashed into a field in Somerset County, PA, after passengers and flight crew successfully diverted the plane from its likely intended target: either the White House or the Capitol, according to the 9/11 Commission Report. The Boeing 757-200 was piloted by Civil Air Patrol veteran Jason M. Dahl, with Air Force veteran co-pilot Major LeRoy Homer. Dahl had rearranged his schedule to fly on September 11 in order to take his wife to London for their fifth wedding anniversary. Maj. Homer had served in Operations Desert Shield and Desert Storm, and later flew humanitarian missions to Somalia, and remained in the US Air Force Reserves while working for United Airlines. Purser Deborah Welsh had over 25 years of experience in the industry. One of United Airlines's most senior flight attendants and the oldest to die in the 9/11 attacks, Lorraine Bay was a 37-year veteran of the industry who preferred to work the coach cabin and who frequently mentored a number of her junior colleagues. Flight attendant Sandy Bradshaw was the one to call United Airlines to report the hijacked flight, later working with others on board to boil water to throw at the terrorists. Flight attendant Wanda Green was a 29-year industry veteran and had been one of the first African-American flight attendants in the United States. Former police officer and detective CeeCee Lyles had just completed flight attendant training months prior, in January 2001.

One other set of aviation heroes stand out as well. On September 11, 2001, dozens of US-bound commercial flights from Europe were forced to divert after the FAA shut down US airspace. A total of 38 flights transporting around 6,600 passengers touched down at Gander International Airport (YQX) in Newfoundland, Canada, thanks to the airport’s long runways and on-site equipment. The sheer number of transient travelers doubled the population of the airport and tiny town, in hours, testing the limits of the facilities and local resources.

Other Aviation and Travel Heroes of 9/11

In addition to the flight crews of the four hijacked planes, countless unnamed heroes rose to the challenge at airports across the nation. In support of the passengers and crew on board the flights, numerous air traffic controllers, airline employees and other support staff came together to devise emergency plans under unthinkable conditions, diverting airborne planes away from the hijacked aircraft trajectories and offering real-time directives. Thousands of other pilots and flight attendants worked to calm their passengers and take precautionary measures against potential attacks onboard their own aircraft.