7 reasons I’m in love with New Orleans — and you should be, too

Articles
Samantha Rosen was one of the first 20 employees at TPG. She started as the site's first full-time social media editor and also served as its lifestyle editor.
Follow
Nov. 09, 2021
•
6 min read 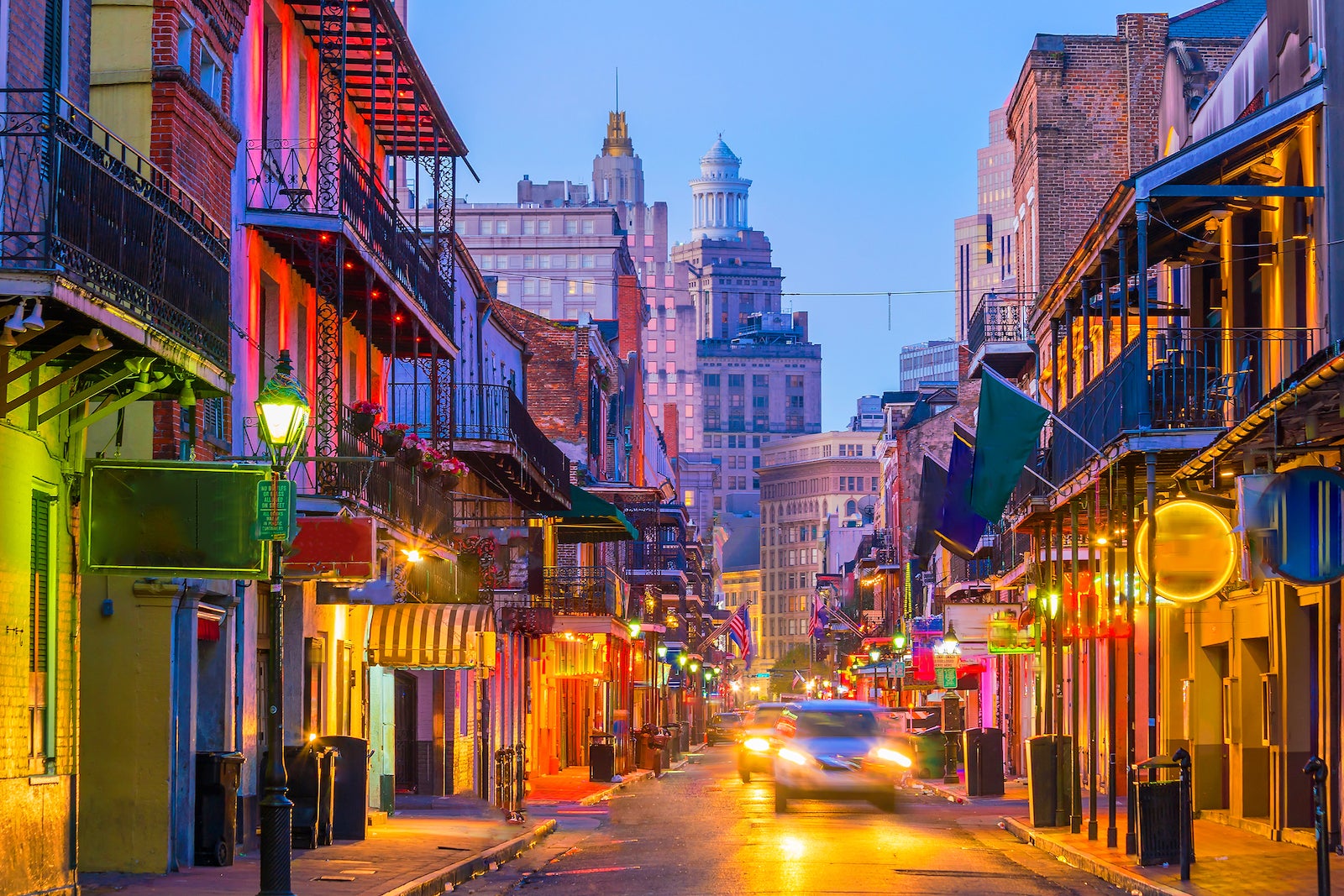 Ask anyone who knows me about how much I love New Orleans, and they'll tell you my eyes light up and I can talk about the magic of the city for a solid half-hour without taking a breath. Can you blame me, though? There's no other destination in the world quite like it.

Just stepping foot in this resilient, diverse and collaborative city can give you a deeper sense of purpose and belonging. It's a city that's upbeat and steeped in tradition, playful and downright delicious. It's New Orleans, after all.

If you know, you know — and if you haven't been, well, you'll probably end up booking your flight before the end of this article. Here's why I'm so obsessed with the vibrant city of New Orleans.

The food is incredible

I could write an entire novel just about how amazing the food is in this city. From the classics like jambalaya and po'boys to more modern crazes from Turkey and the Wolf, you're going to want to bring your stretchy pants.

It's not a trip without beignets from Café du Monde or Morning Call, and don't you even think about leaving without a muffuletta. Some of my other favorite restaurants include Galatoire's, Restaurant R'evolution, Willa Jean and GW Fins, among others.

Like I said: I could write a novel about the food alone.

The people are so welcoming

I have yet to find another place on the planet where the people welcome you into their city with open arms (and probably a steaming cup of gumbo). Everyone is so happy to have you here and celebrate all of the things that make you unique.

Come as you are and be unapologetically yourself.

It's full of opportunity

New Orleans is full of opportunities to give back to the city that gives so much of itself to everyone who's ever been there.

In fact, my alma mater, Tulane University, has a built-in service-learning element in its curriculum. Every student must complete community service hours before they graduate. For me, it was a wonderful opportunity to learn more about the city and the people who made it so amazing, especially in the years after Hurricane Katrina while the city was rebuilding. As a student, I tutored students in English in a nearby charter school.

If you're interested in more opportunities like this, I recommend looking into other notable programs such as Grow Dat Youth Farm and Habitat for Humanity.

The music moves you

If you haven't heard how incredible New Orleans' music scene is, well, where have you been all this time? With venues like Tipitina's, Maple Leaf and virtually all of Frenchmen Street — not to mention street players on every corner — there's music floating around pretty much everywhere.

You can catch a cheap show any night of the week, but if you're a music fanatic, head there for Jazz Fest. It's more than two weeks of nonstop music ranging from rock to jazz and everything in between from some of the biggest names in the business to New Orleans' locals. (The festival in 2022 will happen from April 29 to May 8.) Oh, and please, whatever you do, don't forget the Crawfish Monica.

The cityscape is beautiful

Few cities are as unique and beautiful to explore than New Orleans.

Find me a park more picturesque than Audubon or City Park, and I'll buy you a plate of the "World's Best Fried Chicken" from legendary Willie Mae's Scotch House. If parks aren't your thing, have a picnic on the water with your friends at The Fly to watch the sunset. It doesn't hurt that the weather rarely drops below 40 degrees here, so you'll definitely be able to sit outside all year long.

The architecture, too, is stunning. Walking around New Orleans is like taking a stroll in Europe — and also the Caribbean. You almost forget you're still in the U.S. The French Quarter is the original part of the city and has a striking mix of French and Spanish design elements. Head uptown to the Garden District by taking the streetcar along St. Charles and feel like you're in a classic film.

Come one, come all, to the greatest show on Earth. Mardi Gras is even more fun than you've likely heard, but you're going to want to pace yourself. It's a marathon, not a sprint, as any Tulane grad will instantly remind you. It's five days filled with parades, music, food and yes, copious amounts of booze.

Get out your craziest outfits and join the fanfare for a week.

You can't beat the mindset

There's a feeling you get when the plane lands at Louis Armstrong New Orleans International (MSY) that you're just supposed to be here. In NOLA, life slows down a bit and the world becomes a little more colorful. Life is meant to be celebrated here, so stop and smell the crabmeat — and have a Sazerac while you're at it.

See you at the airport.

Related stories
What are points and miles worth? TPG’s December 2022 monthly valuations
Capital One Venture X to lose Priority Pass restaurants and spa services as of Jan. 1, 2023
December 2022
Current Hyatt promotions: Bonus points on stays and dining plus double stay credits
Featured image by Getty Images/iStockphoto
Editorial disclaimer: Opinions expressed here are the author’s alone, not those of any bank, credit card issuer, airline or hotel chain, and have not been reviewed, approved or otherwise endorsed by any of these entities.