How to Travel Ethically in a Disaster Region

Articles
Brian Biros spent most of the last 15 years backpacking through 100+ countries. He writes TPG's Points & Miles Backpacker column, so you'll more likely find him in a hostel than a Ritz, if you can find him.
Follow
Feb. 03, 2018
•
8 min read 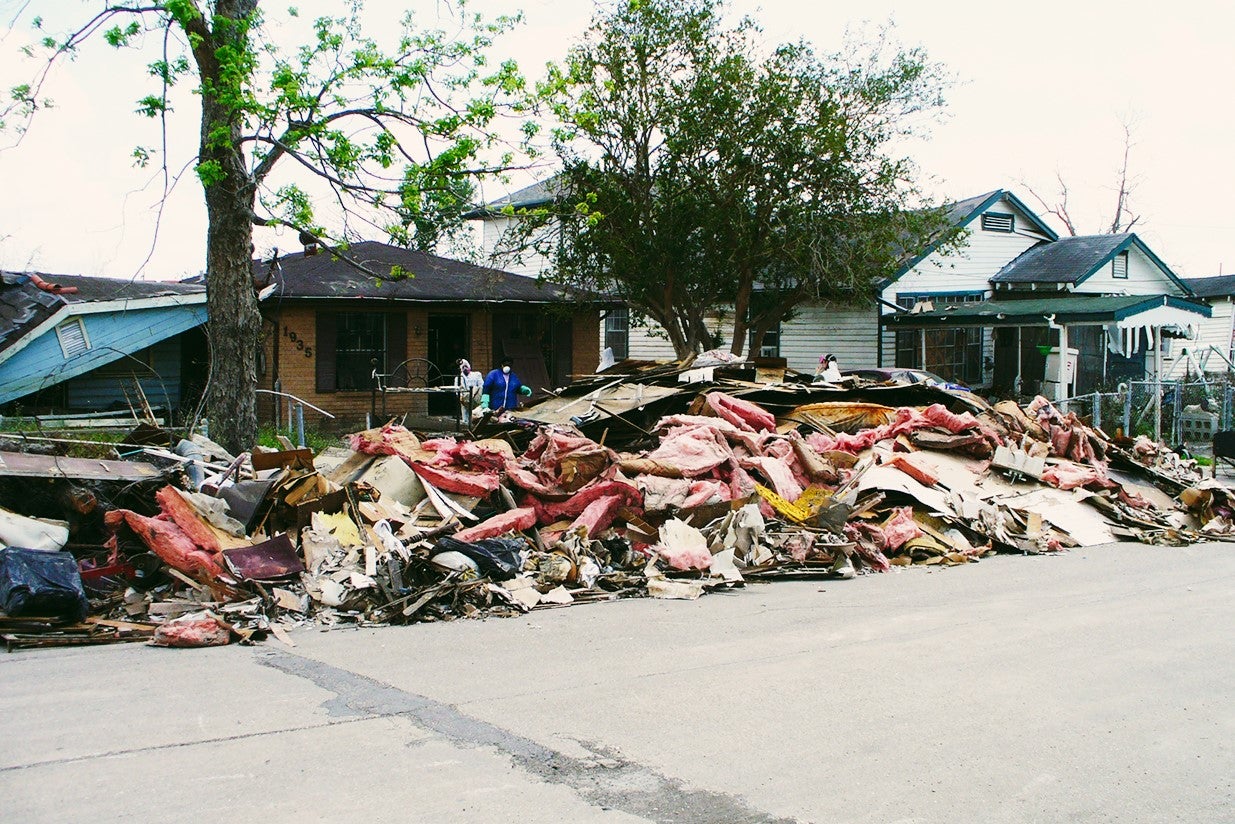 How to Travel Ethically in a Disaster Region
This post contains references to products from one or more of our advertisers. We may receive compensation when you click on links to those products. Terms apply to the offers listed on this page. For an explanation of our Advertising Policy, visit this page.

On our recent TPG team trip to Puerto Rico, it was clear that See Puerto Rico wanted to show us the island is open for business. While Puerto Rico is absolutely ready and eager for tourism to return, visitors should be mindful and sensitive to the circumstances. I’ve volunteered and traveled in other devastated areas: Thailand post-tsunami, New Orleans post-Katrina, and Nepal post-earthquake. While the circumstances of and response to each tragedy vary widely, certain approaches to visiting these areas seem to be universal. I’ve created the following guidelines that will help you travel within a disaster region respectfully and ethically, and perhaps even make a positive impact.

While it may seems safest to avoid these disaster regions completely, economies that rely on tourism need the opposite. The reality is that areas frequented by tourists are often the first to get rebuilt. A significant portion of Puerto Rico may still be without power, but San Juan, the capital, is ready for tourists. Shop, eat, drink, and sleep at the local mom and pop shops if possible. These are the people hit the hardest.

The time following a disaster is actually a time to strongly consider a visit. It’s when your business is most needed. And as a visitor, you’ll be among the few. I visited Nepal in November of 2015, seven months after the earthquake. The quake had very little impact on the Annapurna region of the country, but the Annapurna Circuit saw only a fraction of the normal number of trekkers, leaving plenty of availability in guesthouses and no crowding on trails. But be careful not to exploit these hardships, especially in places, like many Asian countries, where bargaining is the norm and the financial strain may leave locals more desperate. Pay what is fair.

However, this only applies to places reliant on tourism. If El Reno, Oklahoma, wasn’t already on your travel radar, a killer tornado shouldn’t put it there. Seeing cars with out-of-state license plates cruise slowly through town is only going to upset locals and get in the way of real help. Unless you are going to volunteer, the best way to help these locations is through donations from afar.

Devastation Is Not a Tourist Attraction

“Disaster Tourism” is the practice of traveling to disaster regions for curiosity or pleasure, and it needs to be avoided. This isn’t a time to carelessly snap pictures and post the most dramatic wreckage to Instagram. A ruined home is not the ruins of Machu Picchu. What you are witnessing is the fresh aftermath of a life-altering disaster for the people who call home to the place in which you are currently a visitor. Empathy and sympathy should be your primary concerns.

With the right intent, you can get a responsible education on a disaster. The volunteer group I joined in Koh Phi Phi, Thailand, ran daily walking tours through the tsunami devastation in order to encourage donations and recruit volunteers. However, it’s even easier to be irresponsible. In New Orleans after Hurricane Katrina, the city had to outlaw tour buses from driving through the Lower Ninth Ward. It's the difference between helping someone up when they've fallen and taking a picture of them laying on the ground.

Be Extra Sensitive with the Locals

Some disaster victims won’t want any interaction with outsiders. Some will want to tell you everything about their experience. Often times, their openness towards you will increase when they see the reason you are there. When the guy working the desk at my hotel in Phi Phi spotted me hauling away a cart of debris, his greetings went from non-existent to hugs.

If a victim of disaster does open up to you, listen. Don’t feel a need to contribute by mentioning the time your parents’ basement flooded. Stay engaged, but keep in mind people are discussing events that may have destroyed their lives. Emotions can run high and anger can get channeled towards certain people or groups. If you don’t like where the discussion is heading, better to remove yourself than start a debate.

If you’re looking to make the most positive impact after a disaster, volunteer your time and skills to a relief and rebuilding effort. Most volunteer efforts require a commitment of weeks or months, although occasionally volunteer programs are set up to handle shorter-term volunteers. The beach clean up crew in Phi Phi could plug in single day volunteers, making good use of the backpacker crowd cycling through. The grassroots organization I joined in New Orleans effectively marketed itself to college students as a meaningful way to spend a spring break.

“Voluntourism” is a controversial practice, and the line between self-indulgence and meaningful impact isn’t always obvious, so be sure to be on the right side of it. Also, some people out there will take advantage of good intentions, so be wary of programs that charge lots of money or feel like a sales pitch. Do your research, contact trusted agencies, and look for recommendations from other volunteers.

Extended time available to volunteer is a luxury not enough of us have, but pretty much every relief group in the world will accept monetary donations. The most basic and universal way to help out may also be the most effective.

By the time you arrive to a disaster location, film crews have likely gone back home and the media’s attention has returned to the Kardashians. Chances are the rapidly changing landscape of recovery no longer matches what you saw on TV, and perhaps it never did.

In November 2015, Nepal was in the midst of a humanitarian crisis as a political protest in the form of a fuel blockade crippled the country’s every day function and halted any earthquake relief efforts. Before arriving, I hadn’t see any international coverage on the crisis, and when I returned home, no one I mentioned it to had known about it.

After you spend time in a place devastated by disaster, you will have your own unique perspective on the situation. A perspective that friends, co-workers, and followers on social media will be interested in — much more so than a weekend at an all-inclusive. Use this opportunity to educate your audience and raise awareness for the plight of a land and a people for which you’ve likely by now gained a strong affinity.

Your Life May Change Forever

In September of 2005, my good friend Chris and I watched the sunset over a Phi Phi beach where we had spent the day cleaning up tsunami wreckage. News of Hurricane Katrina had trickled in — one local newspaper headline declared it “AMERICA’S TSUNAMI.” Looking around us at the work still to do nine months after the tsunami, we knew New Orleans had a long road ahead. We both vowed to help out when returned. Since then, I’ve made an effort to volunteer where and when I can, support crippled economies, and raise awareness based on my own experiences. Chris went next level, leaving his life in IT and beginning an international career in disaster risk reduction.

Disasters will continue to strike. That's just a fact. As frequent travelers we are confronted with a question of whether to go or stay away. I’ve found that with the right approach and execution, travel to a disaster region has potential to be life changing — for both the victims of disaster, and you.