In a week that has been plagued with bad miles and points news, Radisson Hotels is a bright star with exciting new plans and hotels coming our way. There will be a family-friendly upscale new Radisson Blu 1/2 a mile from Disneyland in California, a new build Radisson in Midtown NYC, and more…

A few weeks ago I was invited to a Radisson conference being today held in Orlando that was supposed to coincide with some fun announcements from Radisson. I couldn’t make the dates work with my calendar to be there in person, but I’ve been following along online, and we have now learned some of the exciting Radisson announcements that are coming on the heels of recent updates to the Radisson loyalty program and co-branded credit card.

As you may recall, the loyalty program has recently been re-branded from Club Carlson to Radisson Rewards. Additionally, the co-branded credit card will now issue an award night that you can use at any Radisson Hotel Group property in the United States for each $10,000 you charge annually, up to a maximum of three award nights for $30,000 charged to the card. This is on top of the 40,000 points per night that the card awards at each anniversary just for being a cardmember and paying the $75 annual fee. While an added perk of earning award nights is a great thing, I know many people aren’t overly excited about this addition because of the somewhat limited and at times uninspiring line-up of Radisson Rewards properties within the United States…though they have great properties beyond our borders.

However, that may be changing at least a little based on today’s announcements. At today’s conference, Radisson announced the signing of two new-build hotels within the United States! There will be a new Radisson Blu property in Anaheim, California and a new Radisson in New York City! Beyond that, they have identified 21 key target markets where they plan to be aggressive with expanding their footprint, particularly in the United States with their upscale Radisson Blu brand.

In a week that has thus far been filled with bad miles and points news, this is a total breath of fresh air. There are currently only three upscale Radisson Blu properties in the United States located in Chicago, the Mall of America, and Downtown Minneapolis. Getting one in the family-friendly destination of Anaheim is truly great news! 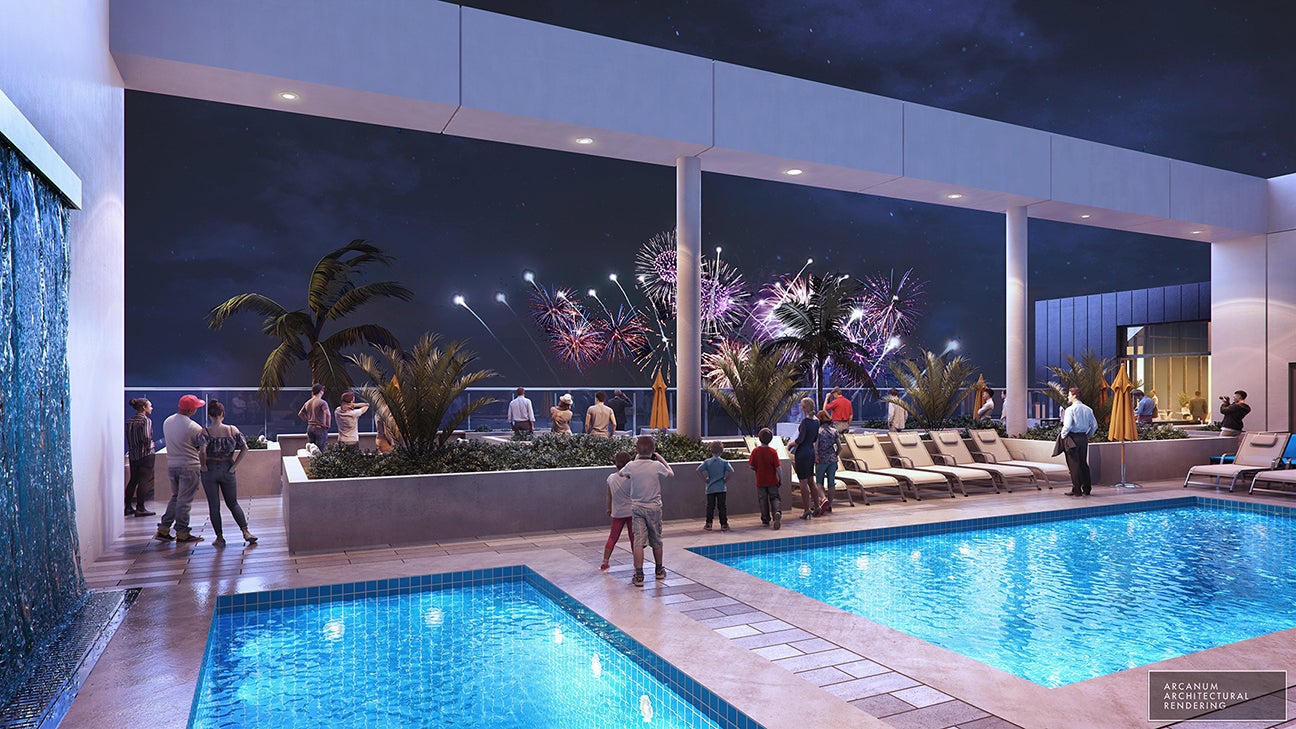 The Radisson Blu Anaheim will be located just a 1/2 mile from Disneyland and is expected to open in 2020 with 326 guestrooms. When finished, it will stand 12 stories tall, have a ground-floor family activity space (yes!), rooftop pool and bar, 353 parking spaces, a 6,700 square foot restaurant, and will be positioned as a family-friendly upscale hotel…which is my very favorite type of property. Go ahead and put us on the opening guest list now!

The new Radisson Hotel in New York City will be located at 525 8th Avenue, which puts it within walking distance to Times Square and so much more in the Midtown part of the city. It will be a new-build hotel estimated to open Spring 2019, with 320 guestrooms, a restaurant, and a fitness center. This one will cater to both leisure and business travelers. The idea of a new-build points-friendly hotel in the middle of New York City is also great news to my ears. These hotels help the Radisson Hotel Group work towards their goal of adding tens of thousands of rooms across the globe by 2022. 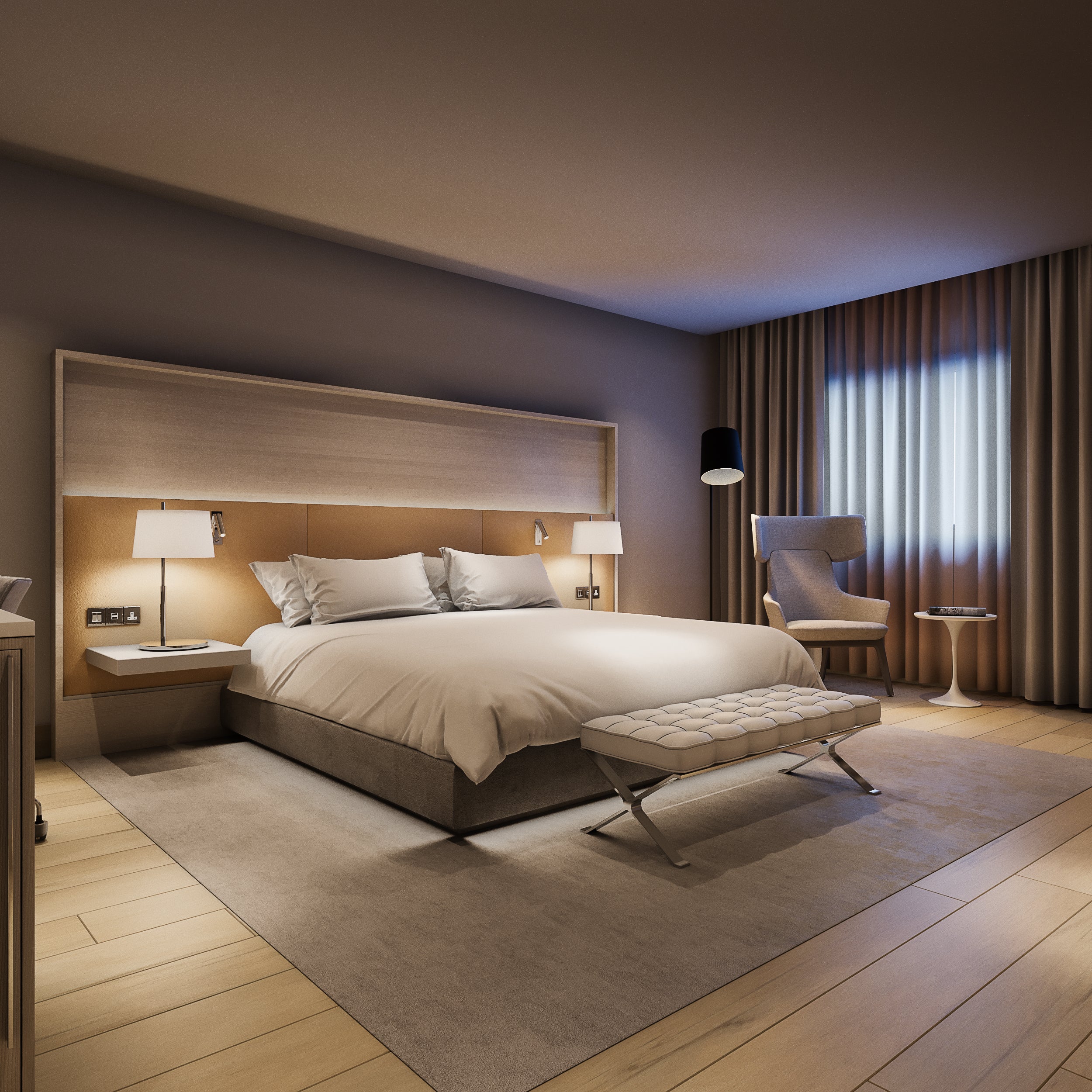 This initiative also anticipates the removal of 10 to 15 percent of non-compliant hotels in the current Radisson hotel brand portfolio to improve brand consistency and guest service. If you have stepped foot in some of the less desireable Radisson properties, you will probably agree this is a good thing.

Incorporating some elements of wellness to the brand is also a welcome change and smart move. For those not familiar, the Radisson brand is actually quite strong in Scandinavia, and some of my very favorite Radisson properties are located in that part of the world. Bring a bit of that aesthetic and philosophy to the United States is a really exciting concept that I look forward to seeing in person.

Hopefully, if this all comes to pass, then in a year or two we will all have many new and exciting ways to use our Radisson Rewards points without leaving the United States!

Summer Hull aka Mommy Points, ran the Mommy Points site for families who want to travel more for less using miles and points for seven years and now heads up TPG Family when she isn't exploring the world with her own two girls.
You might like
Thinking of a summertime trip to Europe? 5 factors to weigh
News
3h ago
How do pilots handle diversions at one of the world’s busiest airports?
News
4h ago
American Airlines joins Delta in welcoming all customers on COVID-tested flights to Italy
News
8h ago
The All-New United Quest℠ Card

Apply Now
More Things to Know
Regular APR
16.49% to 23.49% Variable
Annual Fee
$250
Balance Transfer Fee
Either $5 or 5% of the amount of each transfer, whichever is greater.
Recommended Credit
Excellent, Good