The Radisson Blu Maldives finally opens after a 7-year delay

Articles
Ariana Arghandewal has been writing about points and miles for almost a decade. She previously served as editor at FlyerTalk, Frugal Travel Guy and NerdWallet while running her own travel blog, PointChaser.
Follow
Aug. 15, 2020
•
8 min read 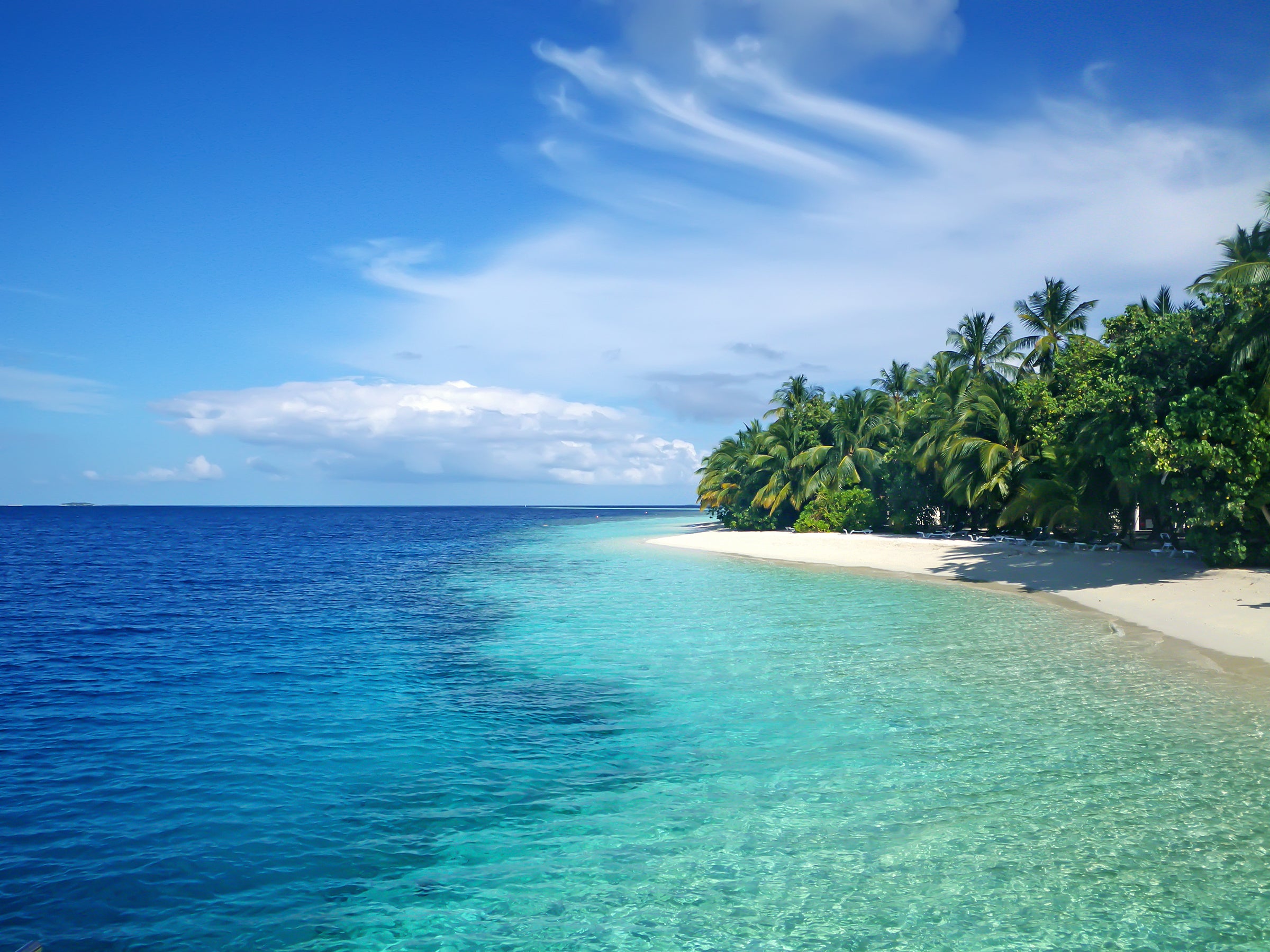 Update: Some offers mentioned below are no longer available. View the current offers here – World of Hyatt Credit Card

If you’ve been collecting points and miles for a while, you’ve probably heard about the fabled Radisson Blu Maldives resort. Back in 2013, Club Carlson (now known as Radisson Rewards), announced plans for two resorts in the Maldives: the Radisson Blu Maldives Hulhumale and the Radisson Plaza Naagoshi. The Radisson Blu property was set to open in November 2013, while the Plaza would follow a month later. I was a newbie back then and had more than 500,000 Club Carlson points saved up from a bonus point promotion -- and I never got to cash them in. Until now.

Imagine my surprise when the Radisson Blu Maldives began welcoming guests on Aug. 4, 2020 – seven years after its planned opening. Back then, a free night would have cost 50,000 points, but Radisson has since increased its top-tier award rate to 70,000 points per night. Unlike some Maldives properties, where a standard award gets you a beach villa, at the Radisson Blu Maldives you’ll get an overwater villa and free breakfast.

Don’t knock the free breakfast either. When you’re staying at a resort in the middle of the Indian Ocean where everything is imported, breakfast for two can easily top $100 a day. So kudos to Radisson for including it on award stays.

If you want to give your Radisson account balance a boost, the cobranded credit cards are some of the most rewarding hotel cards out there. For example, the Radisson Rewards Premier Visa Signature Card earns 5 points per dollar on all spending. So you can score a free night at a property like the Radisson Blu Maldives after spending $14,000 on your credit card. Compare that to The World Of Hyatt Credit Card, on which you’d need to channel $40,000 in non-bonus spending to earn a top-tier free night award.

The Radisson Rewards Premier Visa’s sign-up bonus is currently 50,000 points after your first purchase, plus 35,000 points after spending $2,500 within the first 90 days. You also get Gold elite status, 40,000 bonus points when you renew the card each year, and the ability to earn a free night at U.S. hotels for every $10,000 spent (up to three times).

The information for the Radisson Rewards Premier Visa Signature Card has been collected independently by The Points Guy. The card details on this page have not been reviewed or provided by the card issuer.

Related: Where to stay in the Maldives using points and miles

While the sign-up bonus from the Radisson credit card isn’t enough for more than a free night at the Radisson Blu Maldives, the resort is currently offering 40% off the best available rate along with several freebies and discounts:

Some of these freebies come standard at high-end resorts. For example, when I stayed at the Waldorf Astoria Maldives last fall, they offered free group yoga and pilates classes, snorkeling gear and two bikes stationed outside each villa.

Regardless, the discounts are pretty substantial. Using Radisson’s low-fare calendar, I found the lowest rates of $453 through September 2020. Beyond that, promotional rates range between $500-$650 through December 2021.

The Maldives is not a cheap destination. Even after you book your hotel and airfare with points, you’ll incur huge expenses on dining, activities and transportation to the hotel. It’s not uncommon to pay $500 for a round-trip seaplane transfer, which is why the 25% discount offered by the resort is so substantial.

The resort typically charges $450 per adult and $225 per child for either a seaplane or domestic flight transfer. This is reduced to $337 and $168 when you factor in the discount. This is a mandatory charge since it’s the only way to get to the property. It’s also important to note that you need to make your transfer flight reservation at least five days before arrival. In other words: No last-minute bookings like I did when I flew to the Maldives two days after booking.

Related: The best ways to get to the Maldives on points and miles

My history with the property

Back in 2012, a little-known rewards program called Club Carlson made a big splash with a bonus point promotion: Stay one night and earn 50,000 bonus points. I was one year into my points and miles journey and something about this deal triggered me to do an insane thing: I booked an 11-night stay at a hotel in Wisconsin for around $650, just for the points. I called up the hotel and asked if they would check me in remotely and they were all too happy to do it.

Once the points were in my account, I began researching ways to redeem them. Istanbul was on my list, but rates at the Radisson Blu Bosphoros were too low to justify a points booking. Then I eventually came across an announcement: Radisson was opening two new properties in the Maldives.

The Maldives, you guys. Back then, only one blogger I knew had traveled there, and it looked impossibly beautiful. I decided I would wait until November 2013 to spend 50,000 points at the Radisson Blu Maldives Hulhumale. Or I would hold out for the Radisson Plaza Naagoshi, which would open a month later. Neither of those options materialized and I still have a few hundred thousand points in my Radisson Rewards account from those days.

Club Carlson’s big bonus point promotion was my first foray into mattress running and the rush I got afterward, when my balance increased from zero to 582,000 got me further hooked on this hobby. I began obsessively researching Club Carlson hotels and even created a “best redemption” series on my fledgling blog that got me thousands of new readers at a time when I was ready to throw in the towel. And now here we are.

The Maldives is one of the few destinations still accepting tourists from the U.S. and seems to be doing a good job of containing the pandemic. As much as I’d love to check off a seven-year-old bucket list item, I’m going to wait a while longer until it’s safe to travel again. With COVID testing being difficult to come by where I live, traveling abroad is challenging right now. But I'm ok with waiting a while to experience this resort. Hopefully, it won’t be another seven years.