Articles
Ashley Kosciolek has spent more than a decade writing about travel, with particular emphasis on cruises. Her favorite cities include London; Amsterdam; Krakow, Poland; Phnom Penh, Cambodia; Dawson City, Yukon; and anywhere known for outstanding pizza and theater. You can follow her daily exploits, both at sea and on land, on Instagram or Twitter @slyjabroni.
Follow
June 08, 2021
•
8 min read 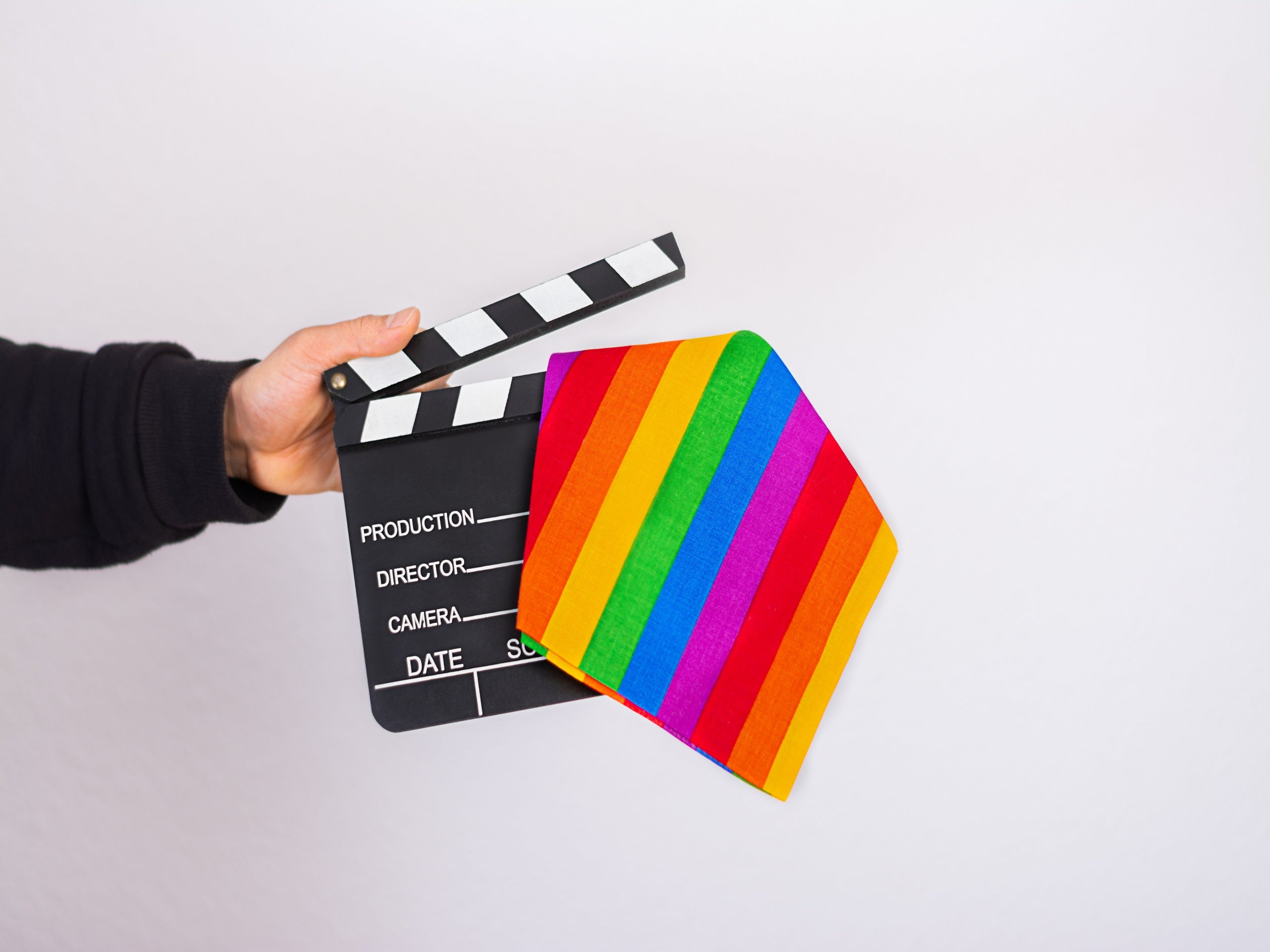 It's Pride Month, and TPG is looking for fun ways to celebrate while, of course, incorporating all things travel. I was recently perusing some of the site's other articles and discovered there are already posts on Oscar-worthy film locations and London film locations, so why not locations featured in movies with central LGBTQIA+ themes?

Below, with some help from movie-locations.com, I've recapped a mix of titles that highlight both the struggles and the triumphs of the LGBT+ community and the places where those movies were brought to life.

"Milk" chronicles the years leading up to the 1978 murder of Harvey Milk, who helped to establish the Castro District neighborhood of San Francisco as a welcoming place for gays and became the first openly gay man to hold a major public office when he was elected to the San Francisco Board of Commissioners.

The most significant location from the movie is Castro Street -- specifically, 575 Castro Street, where Milk owned a camera shop in the 70s. While you're in town, you can also check out iconic sights like Fisherman's Wharf, the Golden Gate Bridge, Alcatraz and Lombard Street.

"Boys Don't Cry" tells the true story of Brandon Teena, a transgender man who was forced to leave home and settle in Falls City, Nebraska, after he was threatened by his ex-girlfriend's brother. After relocating, Teena was shot and stabbed to death in 1993 by two locals. Although it played a significant role in opening up discussion about violence against transgender individuals, the film came under fire for casting Hilary Swank, a cisgendered female, to play the lead role.

Teena was murdered in Nebraska, but due to budget constraints, filming took place in Greenville, Texas. Among the attractions there are public art installations, a local farmer's market and a water park, but if you're itching for more options, Dallas is 50 miles southwest.

Based on a novel called "The Price of Salt," "Carol" tells the story of a secret 1950s love affair between two high-society women who keep their liaisons under wraps due to the stigma that came with being openly lesbian during that time period.

The Over-The-Rhine district of downtown Cincinnati stands in for New York City, where the book is set, showcasing many noteworthy 19th-century buildings. This section of town is great for architecture-lovers or anyone interested in the hipster vibe currently evoked by the area's microbreweries, gastropubs and art galleries.

This touching and, at times, heartbreaking film became the first LGBTQ-focused movie and the first with an all-Black cast to win an Academy Award for Best Picture. Its intimate portrayal of a gay Black man as he grows from child to teen to young adult highlights the importance of intersectionality that's so often missing from pop culture's portrayal of the LGBTQIA+ community.

Filming locations were set up in downtown Miami. Local places featured include Jimmy's Eastside Diner at 7201 Biscayne Blvd. and Miramar High School at 3601 SW 89th Ave. in nearby Miramar. If you're looking for other things to do in the city, you won't want to miss the area's renowned shopping hot spots, such as the Dolphin Mall and the Bayside Marketplace, or its vibrant nightlife.

Notable for being one of the earliest movies to have lesbians as main characters -- and for deviating from the usual lesbian tropes of the 80s -- "Desert Hearts" is an adaptation of a book called "Desert of the Heart." It follows a married woman who travels to Nevada for a divorce and subsequently begins a romantic relationship with a girl working at one of the local casinos.

At the time the movie was produced, Reno was known as the place to go for quick divorces, making it an ideal choice for a filming location. Reno is, of course, a gambling mecca, but you'll find lots of other stuff to do, including visits to the National Automobile Museum, the Reno Riverwalk District and the Nevada Museum of Art.

"Brokeback Mountain," which originally appeared as a short story in the "New Yorker" in the late 1990s, intertwines the lives of two cowboys who fall in love, keeping their romance a secret for years. It highlights how messy and, ultimately, dangerous it was (and, unfortunately, often still is) to be gay.

Although the original story is set in Wyoming, the movie was shot near Canmore, Alberta, in the Kananaskis Range of the Canadian Rockies. It's a small town with sweeping views and plenty of opportunities for outdoor pursuits like hiking and fishing.

"The Imitation Game" tells the real-life story of Alan Turing, an antisocial English codebreaker who worked tirelessly to decrypt classified German Enigma messages for the Allies during World War II. Following his success, Turing was tried for committing homosexual acts and opted to go through hormone therapy (instead of going to jail) before committing suicide. The film starts as one of triumph but eventually shines a light on the injustice of criminalizing homosexuality, and the horrors of attempting to "correct" something that isn't a deficiency.

Much of the movie was shot in Southern England, with scenes filmed in both Buckinghamshire and Oxfordshire in Southeast England and Dorset in the southwest. Those looking to visit Bletchley Park, home to the famous team of WWII codebreakers, is in luck: the estate's famous mansion, found in Milton Keynes, was converted to a museum in 1993.

In one of only a few movies that puts a transgender character front and center, a transgender woman (who's actually played by a transgender woman) endures unfair treatment from her partner's family, his ex-wife and the police after he dies. It's a rare but heartbreaking cinematic example of the frequent discrimination faced by transgender people. (For fans of subtitles, you're in luck: it was filmed in Spanish under the title "Una Mujer Fantastica.")

Visitors to Santiago, Chile, where the movie was shot, will have no shortage of recreational options, which include wineries, museums and the Central Market, where seafood dishes abound.

Adapted from French movie "La Cage aux Folles," "The Birdcage" sees a gay couple attempting to appear more heterosexual in order to be accepted by their son's soon-to-be in-laws, with one half of the couple dressing in drag and posing as a housewife. The movie pokes fun at the ridiculousness of social norms as they pertain to both gender roles and LGBTQ stigma while focusing on a normal and universal part of family life -- raising children.

Originally set on the French Riviera, the Americanized version of the film was recorded at the fabulous Art-Deco Carlyle Hotel in Miami Beach's South Beach area. You can book a room at the hotel at 1250 Ocean Dr., and while you're in town, check out nearby beaches, take a foodie tour, or embark on a trip to the everglades.

Groundbreaking for its sobering depiction of a closeted gay man with AIDS and the illness' unfair stereotype as a homosexual disease, "Philadelphia" is about a Philly-based lawyer who tries to hide his condition as his body deteriorates. The law firm where he works eventually fires him, and he takes them to court with the help of a Black heterosexual lawyer who struggles with homophobia and fear of the virus throughout the film but ultimately overcomes it.

Court scenes were filmed at Philadelphia City Hall (courtroom 243), located at Broad and Market Streets, and hospital scenes were shot at Mount Sinai Hospital, found at 1401 S. 5th St. Although a courtroom and a hospital aren't likely places you'll want (or be able) to visit, Philadelphia has plenty to keep you busy, from the Liberty Bell, Elfreth's Alley and the Philadelphia Museum of Art (home of the "Rocky" stairs) to Independence Hall, Penn's Landing and the Reading Terminal Market.