Articles
Katherine Fan is a former senior travel features reporter at The Points Guy who covered everything from personal finance to travel and aviation.
April 22, 2019
•
3 min read 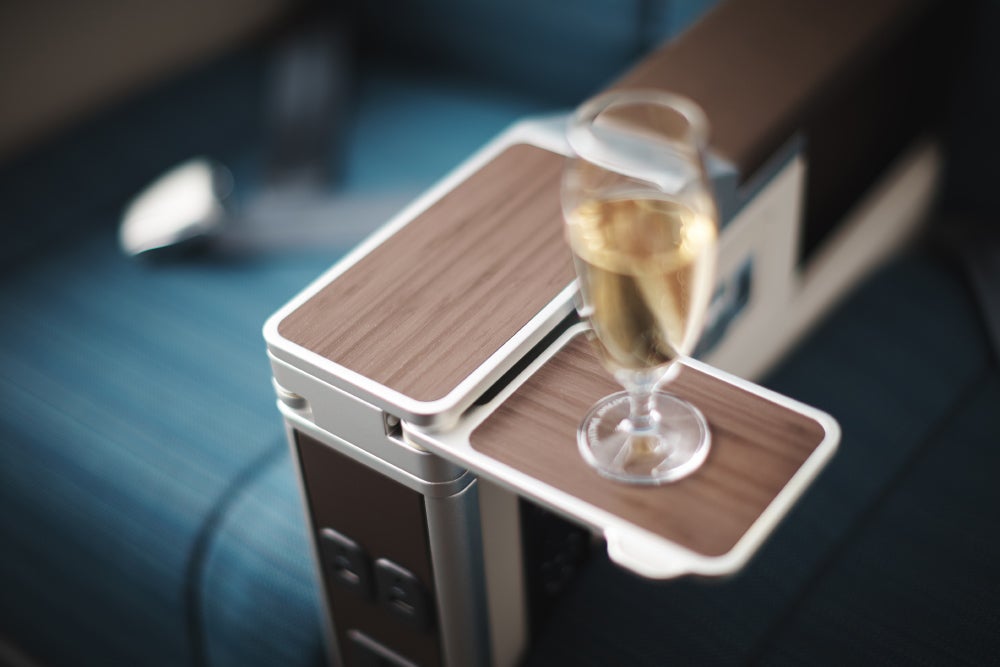 Petty Theft by Cabin Crew Cost Cathay Pacific 'Untold Hundreds of Millions'
This post contains references to products from one or more of our advertisers. We may receive compensation when you click on links to those products. Terms apply to the offers listed on this page. For an explanation of our Advertising Policy, visit this page.

Cathay Pacific is laying down the law on flight attendants who help themselves to cabin amenities after at least six crew members were caught red-handed this past weekend.

The half dozen employees, which included both junior and senior cabin crew members, were placed under investigation Saturday after professional security teams at Hong Kong International Airport conducted spot checks and found airline belongings in their possession.

“In view of an increasing number of reported losses of company property, we have informed our cabin crew that random inspections will be carried out," a Cathay Pacific spokesperson stated.

Many airline employees have long considered cabin "freebies" to be an unofficial perk of the job, according to the South China Morning Post. But pilfered cutlery, wine glasses, wet wipes, Cathay-branded pens, bottles of champagne and even personal-sized Häagen-Dazs ice cream containers has cost Hong Kong's flagship carrier “untold hundreds of millions” of Hong Kong dollars over the years, the airline said.

Saturday's crackdown took place after Cathay issued a memo to staff members in January about the “unfortunate increasing trend of company property discrepancies." Employees were warned that security teams would be authorized to inspect crew members upon leaving the aircraft “for any items that you may have in your possession when you have been or are on company property." The only items crew members are allowed to keep are crew-designated catering such as water, fruit and film-wrapped sandwiches. Even packaged peanuts and perishable goods are off-limits to flight attendants.

“Zero tolerance means you are not permitted to take off the aircraft any item other than what the company has authorized as per the policy,” said Ed Higgs, Cathay's general manager of inflight services. “If anyone removes company property, irrespective of the value or if you believe it will be thrown away, you will be subject to discipline which may include termination.”

Vera Wu Yee-Mei, chairperson of the Cathay Pacific Flight Attendants Union representing 7,000 of Cathay's 10,000 staff members, said she supported the airline's decision. “All staff understand there is a policy posted very clearly on the company intranet,” she said. “You would be putting your career in a very risky position, just for water, bread or a pen.”

However, Wu raised concerns about how searches would be conducted by the airline's security teams. The union is pursuing legal guidance on the issue, and has suggested that independent witnesses be present during the search process.

Wu also hinted that the airline's new stringent policies may be due to cost concerns. “The company always talks about costs, and maybe lately they find the discrepancies are increasing,” she said.