Articles
Katherine Fan is a former senior travel features reporter at The Points Guy who covered everything from personal finance to travel and aviation.
Feb. 08, 2022
•
8 min read 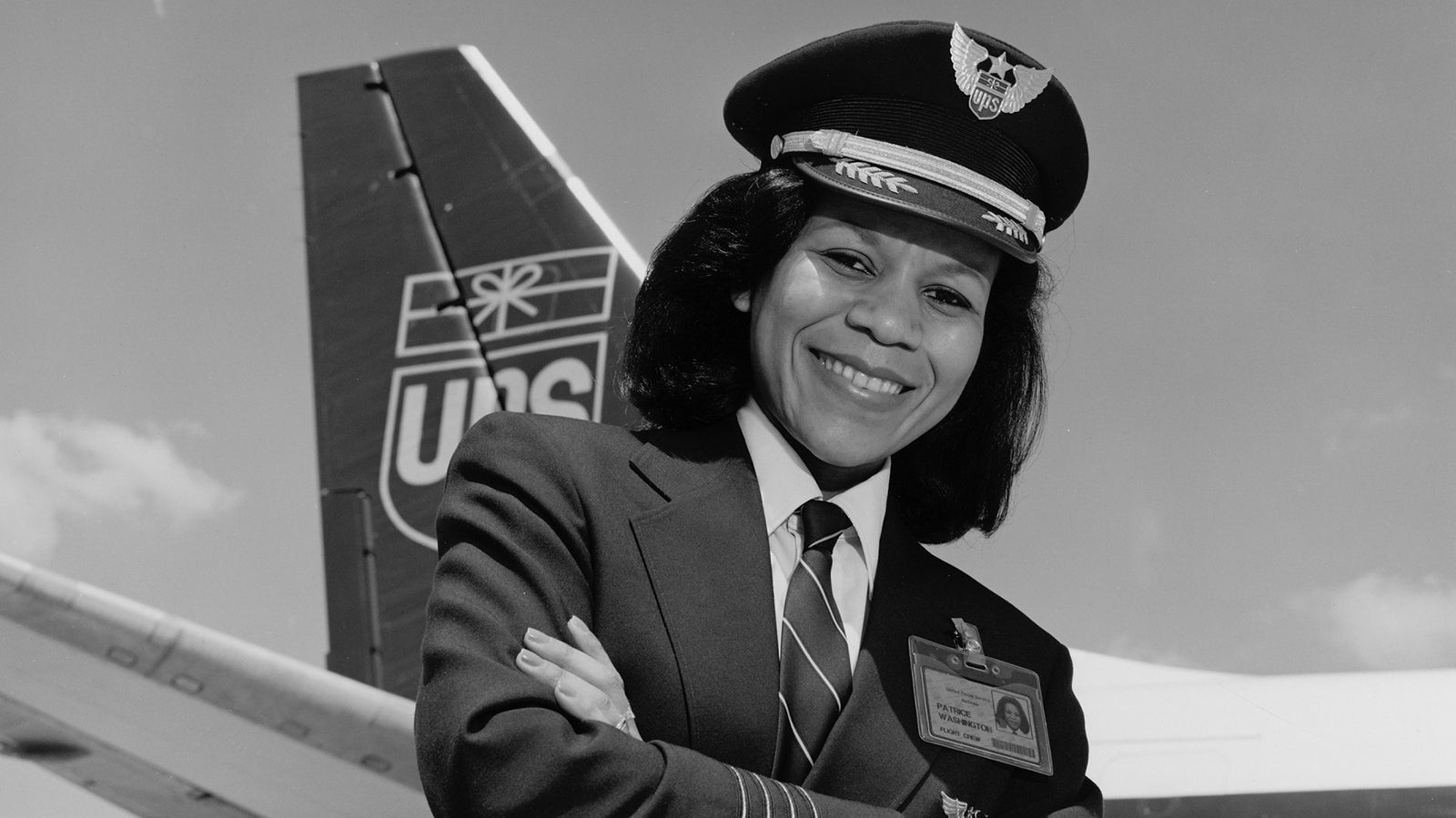 Editor’s note: This post has been updated. It was originally published on Feb 13, 2021.

Washington was born in Nassau, Bahamas, where she grew up with a single mother and two sisters. With no men at home, the all-female Clarke household didn’t adhere to traditional gender roles: Everyone shared chores equally, from cooking and cleaning to yard work.

From these hardworking beginnings, Washington developed the can-do attitude that propelled her through a series of record-breaking firsts in the aviation industry.

On behalf of her daughters, Washington’s mother worked two jobs, six days a week, according to Ebony Magazine in 1995. And her hustle did more than just make ends meet: The family flew between Nassau and Miami for summer vacations starting when Washington was 5, which sparked her love for aviation at a very young age.

In her teens, Washington declared that her calling was in aviation after attending a career day fair in high school. At first, she wanted to become a flight attendant. But soon, she shifted focus to becoming a pilot — and she stuck with the dream despite the disbelief from her classmates.

She wasn’t just the first Black woman at the prestigious aviation school — Washington was the only Black student, period. But being the first and only didn’t faze her in the least, despite the fact that her Bahamian patois made American English very difficult to understand.

From student to top gun

At Embry-Riddle, Washington pursued a bachelor’s degree in aeronautical science as well as her commercial pilot’s certification. The dedication paid off. Soon after graduating in 1982 as the first Black woman in Embry-Riddle history, Washington was off to her first job: piloting small charter planes for Trans Island Air, a small Bahamian airline, for $10 an hour.

Washington eventually moved to Bahamasair until she joined UPS in 1988. UPS initially hired Washington as a flight engineer instead of a pilot, but she quickly worked her way into a commanding role. By the time she became a pilot for UPS, she was one of just 11 Black woman commercial pilots in the U.S.

In 1994, UPS promoted Washington to the top-gun position of captain, where she set yet another historic record as the first Black woman captain of a major commercial U.S. airline.

Related: Celebrating African-American contributions in aviation — one tweet at a time

Washington may fondly remember 1994 for another, more personal reason. She married her husband, Ray Washington, a pilot for American Airlines, the same year she became a captain for UPS.

Together, the Washingtons became the first Black couple to both serve as airline captains: Patrice for UPS, and Ray for American. Although their demanding work schedules meant the two rarely got to spend time together in their early days, their shared ambition only made them stronger as a couple.

Despite her level-headed climb to the top, Washington’s path has been fraught with turbulence.

For many years, her determination and grit kept Washington from recognizing that some of the obstacles ahead of her were due to discrimination. It wasn’t until a tough trainer repeatedly downplayed her experience and failed her examinations that Washington began to acknowledge that prejudice might be at play.

“Sometimes, there’s a bit of antagonism, an attitude that we’re taking their jobs,” Washington told the Chicago Tribune in 1995 regarding her predominantly white male colleagues. Washington said that, without her captain’s hat, men who ranked below her often addressed her as if they were her superior.

Still, Washington never reacted to the disrespect. “I just get the job done,” she told the Tribune.

Washington’s success despite all odds is a testament to her grit even in modern days. As of 2019, women still comprise only 7.9% of all commercial pilots in the U.S., according to Women in Aviation International.

Related: Inspiring the next generation of aviators

The women who came before

Washington gives credit to women in aviation who came before her, going all the way back to Bessie Coleman, the first Black woman to earn a pilot’s license in 1921. In fact, Washington helped create a foundation dedicated to Coleman’s legacy, the Chicago Tribune reported in 1995.

In turn, Washington’s own legacy in aviation lives on through the countless younger pilots who have drawn on her for inspiration, as well as the peers of her time.

“I relate to Patrice because she and I both started our careers during a time when the only option for Black women was to forge our own path,” said Capt. Angie Wilkerson-Hébert, a Boeing 777 captain for United Airlines. “I hope that girls interested in aviation are able to look up to us for inspiration and realize they can also find and make their own opportunities.”

Carole Hopson, a Boeing 737 first officer for United Airlines, has been similarly inspired by Washington’s successes.

“My mentor, Capt. Jenny Beatty sent me an advertisement with Capt. Washington’s picture on it years ago,” Hopson said. “When I received [the picture], I taped it up on my fridge. Her presence leapt off the page and encouraged me not to let go of my own dream.”

Hopson told TPG she would love to meet Washington in person someday. “One day, I’d like to tell her that she was my very own pixie dust! When I joined United, I carried some of her magic with me and I feel it every time I proudly put on my United uniform. It’s the kind of elixir that never runs out, and gets replenished by every Black woman I encourage.”

Related: Sisters of the skies: Honoring Black women in aviation

Capt. Beverley Bass, the Hero Award recipient at the 2019 TPG Awards for her contributions to women in aviation, had nothing but praise for Washington as well.

“Patrice’s trajectory so mimics my own path,” Bass told TPG. “We didn’t set out to break barriers or glass ceilings — we merely wanted to fly airplanes! Determination was the key and letting nothing and no one stand in the way led to an incredibly successful career [for both of us]. Bravo to [Washington], as her hill was even steeper to climb than my own.”

Countless people outside of aviation also find Washington to be an inspiration. By the 1990s, Washington was in constant demand as a public speaker outside of her aviation career, and an Ebony magazine feature in June 1995 sparked a flurry of correspondence from readers inspired by her life story.

While Washington has retired from the public eye, she hasn’t retired from the history books. In 2008, Washington was recognized as an inaugural Founders and Pioneers Hall of Fame inductee by the Organization of Black Aerospace Professionals, along with her husband Ray.

Featured image by Captain Patrice Washington. (Photo courtesy of the Smithsonian National Air and Space Museum)
Editorial disclaimer: Opinions expressed here are the author’s alone, not those of any bank, credit card issuer, airline or hotel chain, and have not been reviewed, approved or otherwise endorsed by any of these entities.