Articles
Gene Sloan has written about cruising for more than 25 years and for many years oversaw USA Today’s award-winning cruise site. He’s sailed on more than 150 ships.
Follow
May 21, 2019
•
5 min read 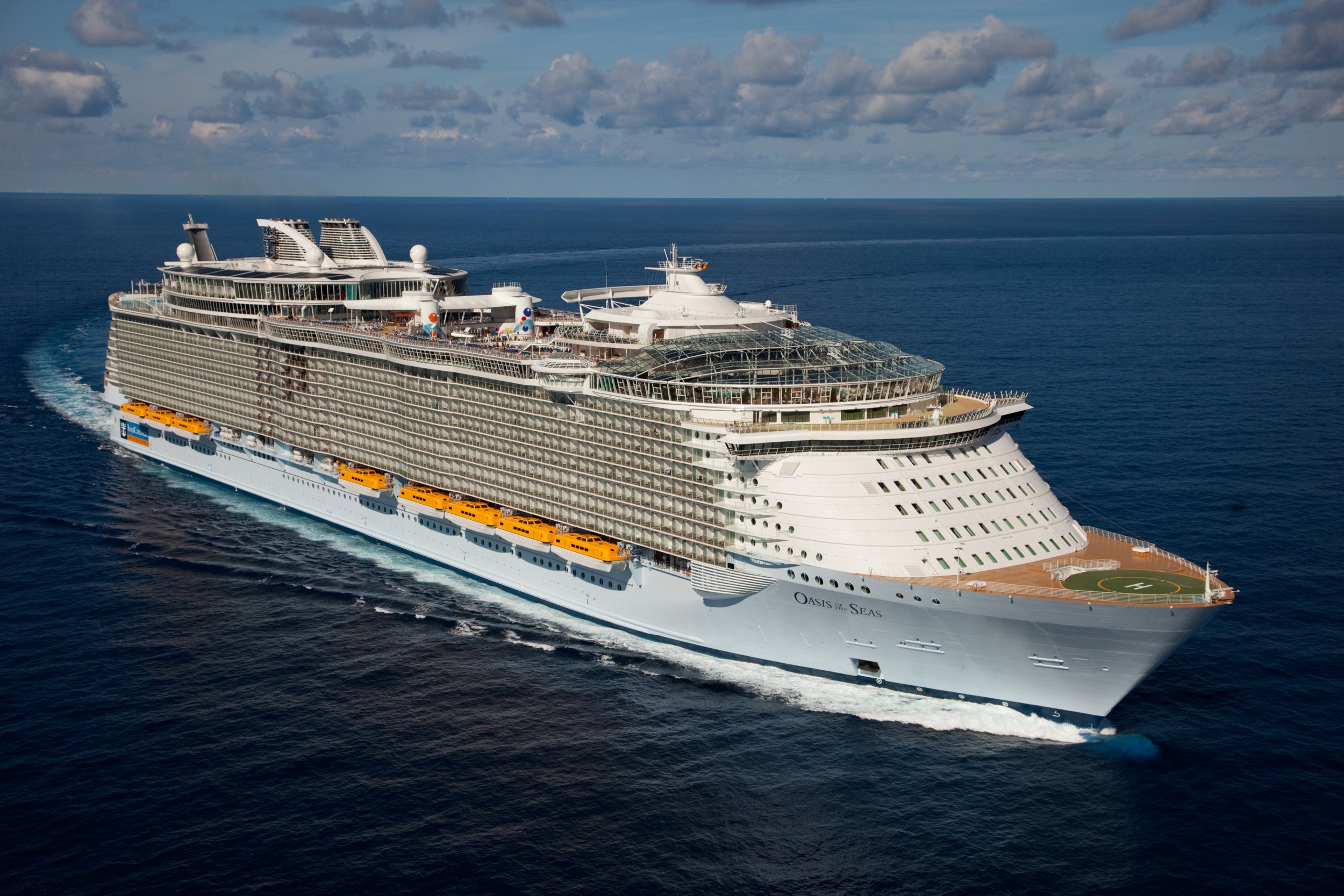 One of the World’s Biggest Cruise Ships Is About to Get a Massive Makeover
This post contains references to products from one or more of our advertisers. We may receive compensation when you click on links to those products. Terms apply to the offers listed on this page. For an explanation of our Advertising Policy, visit this page.

It’s makeover time for the ship that changed cruising as we know it.

On Tuesday morning, Royal Caribbean announced plans for a massive, $165 million overhaul of Oasis of the Seas — the groundbreaking vessel that ushered in the current era of 5,000-plus-passenger megaships.
At the time of its debut in 2009, Oasis was nearly 50% bigger than the next biggest cruise ship, and it was chock full of then-unprecedented features (three separate deck-top pool zones; a boardwalk-like amusement area that mimicked the Jersey Shore; a tree-lined “Central Park”).

Even today, Oasis remains one of the world’s four biggest and most-amenity-filled passenger vessels. Measuring 225,282 gross register tons, it’s only surpassed in size by three sister ships that have rolled out since 2010, and only by a tad.

The overhaul of Oasis will bring to the vessel several major attractions that have debuted on other Royal Caribbean ships in recent years and proved extremely popular with cruisers. Perhaps biggest among them will be Perfect Storm, a trio of multistory waterslides that first debuted on Royal Caribbean’s Harmony of the Seas in 2016 and can also be found on the line’s new Symphony of the Seas. At, 228,081 gross register tons, that's the current size leader in the cruise world.

Royal Caribbean was a notable latecomer to the trend of lines adding giant waterslides atop ships but has been catching up fast over the past three years.

Oasis also will be getting a version of Harmony’s Ultimate Abyss, the longest dry slide at sea. It’ll drop nine decks (from the Sports Zone on Deck 16 to the Boardwalk area on Deck 6). Royal Caribbean says this is a 10-deck drop, but don’t be fooled: There's no Deck 13 on Oasis.

Cruisers can also look forward to a major revamp of pool zones with a new Caribbean-inspired look that includes colorful casitas, daybeds and hammocks. The makeover will include the addition of a sprawling new Caribbean-themed pool bar called The Lime & Coconut, a concept that just debuted on Royal Caribbean’s Navigator of the Seas. It’ll offer DJs and live music, and it’s being designed as a nightspot, too.

New whirlpools on the ship’s top deck; an interior “bionic bar” where the drinks are served by robot bartenders (a feature that first debuted on Royal Caribbean’s Quantum of the Seas in 2014); a new live music venue called Music Hall; and a dedicated karaoke venue, Spotlight Karaoke, with a main stage and two private karaoke rooms, are also on the makeover to-do list.

Royal Caribbean also is planning a major makeover of the Boardwalk area on Oasis that includes the addition of one of the Playmakers Sports Bar & Arcades that it has been adding to ships over the past year (it’ll take the place of Mexican eatery Sabor) and a version of the line’s new candy store concept, Sugar Beach (it’ll take the place of children’s store Pinwheels).

The ship’s Adventure Ocean youth club area also is getting a top-to-bottom overhaul, and Royal Caribbean is adding a glow-in-the-dark laser tag game to the vessel as well as an escape room.

The huge success of Oasis and its sisters over the past decade helped to touch off a race to build bigger vessels among competitors. Over the past few years, rivals MSC Cruises and Norwegian Cruise Line have both rolled out far bigger ships, and Carnival Cruise Line is in the midst of hitting the supersize button with two new vessels it has on order for delivery starting in 2020.

The makeover of Oasis is part of a four-year, billion-dollar-plus program at Royal Caribbean to overhaul 10 of its middle-aged ships that's just beginning. Called Royal Amplified, the program includes the recent revamp of the line’s 17-year-old Navigator of the Seas, which now features the longest waterslide at sea and a wide range of other new features.

Oasis will spend nine weeks in a dry dock in Cadiz, Spain starting in September to undergo the transformation — far longer than the two to three weeks that's typical for most ship renovations.

Currently based in Europe for the summer, it’ll resume sailings on Nov. 24 with a series of seven-night Caribbean voyages out of Miami. Oasis will reposition in May 2020 to a new summer home at the Cape Liberty cruise terminal in Bayonne, New Jersey, just outside New York City, for seven-night sailings to the Bahamas. It’ll be the biggest ship ever to sail from the New York area.