Not El Al: The Smaller Israeli Airlines That Will Get You There for Cheap 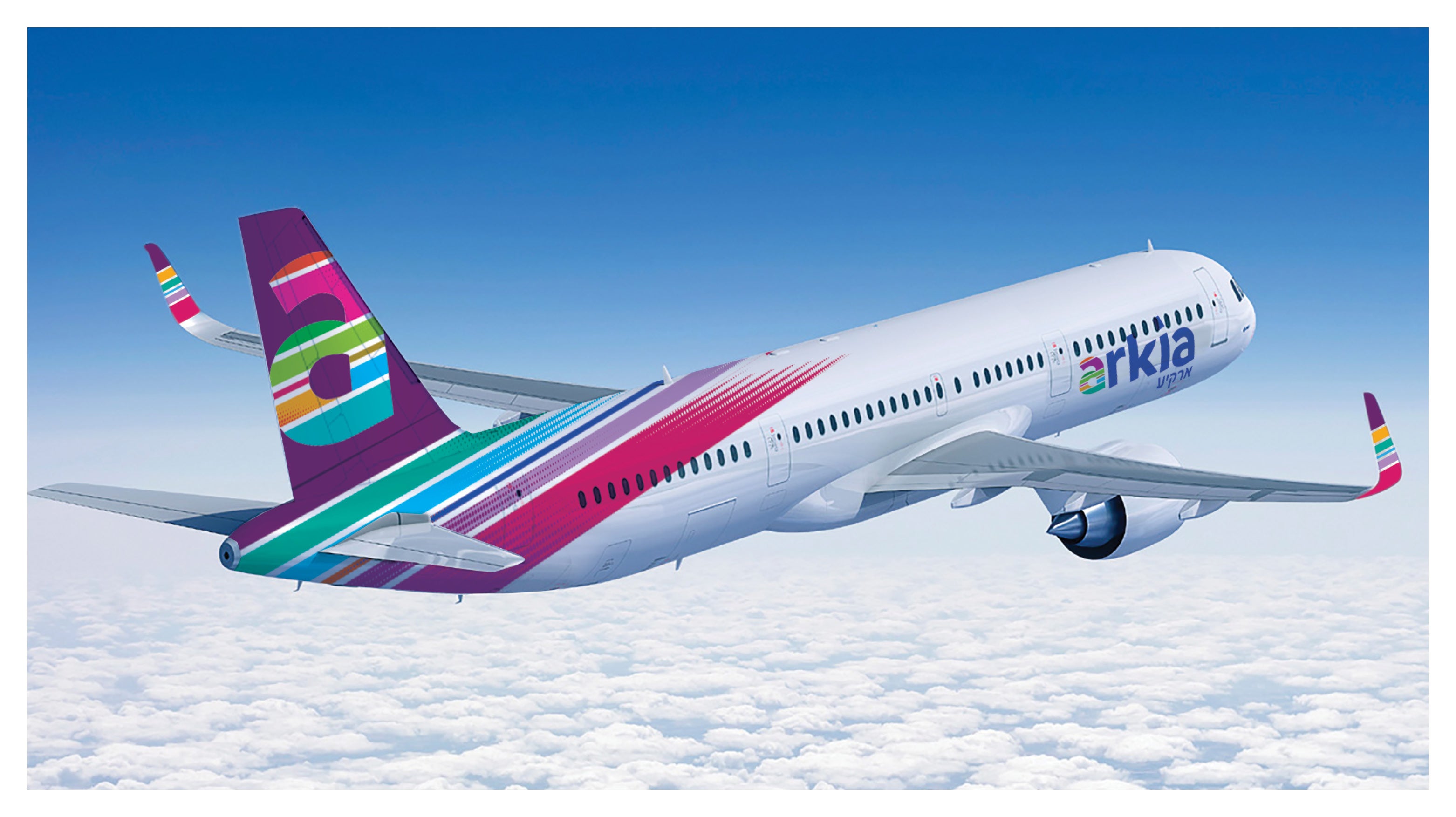 It began, like many things in the Middle East do, with a mix of fascination and frustration. I was scrambling to get to my gate at Tel Aviv's Ben Gurion Airport for a midsummer flight to Mykonos via Athens when I saw one of the monitors flash details of a nonstop flight to my same destination, JMK, that hadn't turned up on any of the major flight search engines I had looked at.

Had I known a direct flight was available, I would never have booked a connecting flight through Athens.

This revelation was my unlikely intro to the small but interesting world of Israel's Other Airlines. You probably already knew that El Al is Israel's flag carrier. It's by far the largest airline in the country, and likely the first and only thing that people think about when they hear "Israel" and "flying."

I'm talking about Arkia Airlines and Israir, plus the small El Al subsidiaries, Up (branded as UP) and Sun d'Or. Not only are these airlines little known outside Israel, but their website search interfaces tend to verge on maddening—and adding to the confusion, many routes are seasonal. But you should look into them: You may find that, like with that nonstop flight to Mykonos, they offer something that other airlines do not.

They don't codeshare with other airlines, and these are probably not the best airlines to fly if you're mainly looking to earn or spend miles. But if you have patience and some flexibility with your schedule, they can get you to some cool spots quicker than you might have thought possible. Plus (in case you were wondering) all the meals served are kosher!

I am partial to Arkia, not only because it's majority owned by the folks behind Jordache jeans and its new candy rainbow logo triggers memories of unicorn stickers on my Trapper Keeper notebooks in the 1980s, but because Israel's second-largest carrier after El Al is stepping out. Last year the airline announced the addition of five Embraer E-Jets to its fleet and four Airbus A321neo aircraft are on order. Arkia got its modest start making runs between Tel Aviv's tiny seaside Sde Dov Airport and Eilat in the 1950s and it still provides an important air link to the Red Sea resort city. Starting this summer Arkia will add to its roster of 25 scheduled destinations with new non-stops from Tel Aviv to Bangkok.

But it's Arkia's short-haul flights, the ones that connect Tel Aviv to a variety of European city and Mediterranean island destinations, that might be of broader appeal if you're planning a trip of any length in the region. The best way to get a gander at what they offer is by looking at the airline's home page, which is the loose digital equivalent of walking through an Israeli shuk, or marketplace: the best goods are displayed front and center, where you can, for instance, "let the star guide you to the cheapest flights" from Barcelona to Tel Aviv:

Arkia's fare on the BCN-TLV route handily beats the competition for the same day of travel, July 3:

Arkia also serves cities like Tbilisi, Georgia and Baku in Azerbaijan from Tel Aviv with non-stop flights. Both are emerging "hot" short-haul destinations for Israelis. While it's not always great for last-minute bookings, if you have time it's worth entering various cities and dates in the site's search engine because you could find itineraries that really fly: as one example, though I missed the boat on that non-stop to Mykonos, on another occasion I found an Arkia flight non-stop from Tel Aviv to Heraklion in Crete—a definite timesaver, with a pleasant in-flight crew, too.

In terms of short-haul vacation spots, the view from Tel Aviv tends to look west instead of east and indeed, one destination that many regional airlines have in common is Cyprus. When El Al dropped service to Larnaca (LCA), the island's main international airport, Arkia stepped up to the plate only to see renewed competition on the route from Up, a low-cost carrier from El Al that launched in 2013. Up has just four 737-800s in its fleet and besides LCA serves Prague, Berlin, Budapest and Kiev. For a while, it had the most awful in-flight video in the known universe (it has mercifully been replaced.)

Now, why would you choose Up over a European airline? For a couple of reasons. The first is price. In my experience Up has always delivered on its low-cost promise. Another reason is reliability. In late July 2014, during the height of the Gaza war, I needed to fly my Dad from Israel to Cyprus. For a brief time almost every major airline suspended flights from Tel Aviv's Ben Gurion Airport—but Israeli airlines were undeterred. On that somewhat eerie flight, I didn't mind that the only on-board amenity on offer was a warm bottle of mineral water: We took off.

Up will cease operations next October, so look for bargain fares to pop up until then. After October all Up aircraft will return to parent company El Al. As for Sun d'Or, El Al's charter subsididary, it has recently had to cut back some routes due to security staffing issues.

Israir is Israel's third largest carrier, and another one that you don't hear too much about, not least because its website is in Hebrew only (though sources tell me a revamped site in English is coming soon.) With its small fleet of Airbus A320s and ATR 72 turboprops, plus some 737 MAX on order, it operates mainly commercial flights, though like Arkia it does operate some charter flights too. And like other Israeli airlines it operates under the framework of Israeli national security regulations, meaning security procedures are probably going to be more rigorous than on their European counterparts.

Israir serves around 20 scheduled destinations including Budapest, where a passenger recently fell out of a plane door in a bizarre incident. A recent search on its website turned up some competitively priced non-stops from Tel Aviv to Mykonos on various dates in July. In recent months Israir added service from Tel Aviv's Ben Gurion to Genoa and also to Pafos, on the western coast of Cyprus. If you're planning an extended trip to Israel, that makes a weekend roundtrip getaway to one of the most culturally rich parts of Cyprus an easy option (in other words, you can fly to Pafos for a couple days but catch the return leg of your US flight from Tel Aviv).

And just in time for both Israelis and Americans resident in Israel who want to dodge the sticky Tel Aviv summer for a spell, Israir will soon be offering flights from Ben Gurion to Edinburgh as well as to Oslo and Bergen in Norway.

Navigating the Israeli airline websites can be a laborious exercise but it is worth it if you're looking to either trim the expense of getting to Tel Aviv from a European gateway or make certain journeys from Tel Aviv with minimum stopovers. Israelis routinely enjoy non-stop service to nearby destinations like Kos and Rhodes, sometimes as part of holiday packages that include hotels. Insider tip: unlike in the US, it can be worth calling these airlines to find out about deals that might be tough to uncover through a web search alone. "Shalom, do you speak English?" is a great way to start.